Earlier this week we told you how in its first week at retail, Super Mario Kart 8 Deluxe raced to the top of the sales charts, beating another debut title – Sniper Ghost Warrior 3. Mario Kart 8 Deluxe has been out since April 28th and so far the reception has been incredibly positive. 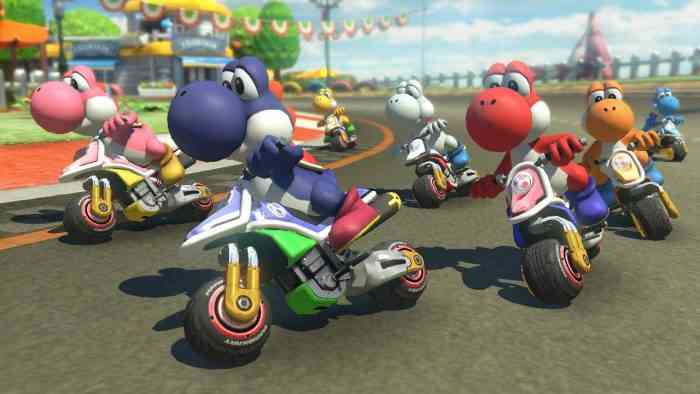 Recently, we posted our full written review where we said: “Mario Kart 8 Deluxe is one of the greatest multiplayer experiences Nintendo has produced in a long time. With enhanced graphics, all previous DLC included as well as bonus characters, and the return of the Battle mode, this is a party game for any occasion. It is fantastic family fun for all ages, especially with Nintendo including drive-assist features for those new to gaming. While playing with joycons will be awkward to those with larger hands, the multiple gameplay options and fully mobile capabilities of the Switch make this an absolute must have in every gamer’s library.”

Today, we have for you our no reading required video review:

An enhanced port for the Nintendo Switch, Mario Kart 8 Deluxe, was released worldwide on April 28, 2017. In addition to the inclusion of all previously released DLC content, the port also features additional content. Battle Mode was reworked to be similar to that of previous Mario Kart games, in which players drive around an enclosed arena and attack their opponents, with eight new arenas and several gameplay modes featured. The Boo and Feather items from previous games returned, with Deluxe also allowing players to now carry two items at once. Five additional playable characters were added to the roster, including Bowser Jr., Dry Bones, King Boo, and the Boy and Girl Inklings from Splatoon. The port also includes new Mii racing suits unlocked via Amiibo and an unlockable Gold Mario color for Metal Mario, as well as additional kart parts for customization.