The Rocky series has had a second wind in recent years with the Creed movies. With Creed 3 expected to make its debut in 2022, we got a look at the new game hoping to cash in on the series’ success. Big Rumble Boxing: Creed Champions does not really do the franchise justice though.

The roster of Big Rumble Boxing is a sight to behold. It is full of characters from across the series, such as Apollo Creed, Ivan Drogo, Donnie Creed, and the Italian Stallion himself, Rocky Balboa. 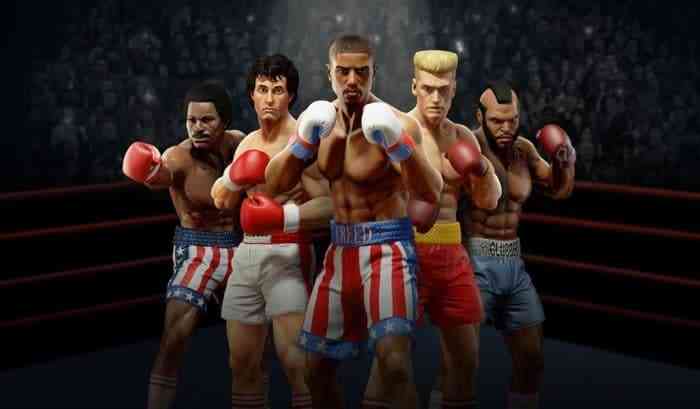 After seeing all the familiar characters is where the game goes downhill. The actual gameplay is very barebones. All the characters play exactly the same, with the exception of unique super moves for each fighter. Unfortunately, the sport many consider to be an art is reduced to button-mashing.

There are practical controls, such as striking, countering, blocking, and evading, that would normally give players a range of options in the ring, but they are not very useful in ways that you would expect from a boxing game. There is also no stamina bar or gameplay mechanic to force players to have any kind of strategy in the ring.

Each character has their own single-player campaign to play through, unlocking new outfits for that fighter. These stories are told through visual novel-like scenes that give the fights context. There are also mini-games between fights that shake up the gameplay, but do not actually improve the way your character performs or affect the upcoming fight in anyway.