Boxing games are in the midst of a resurgence. With the sport making waves in the world of VR with titles such as Knockout League and The Thrill of the Fight, fans are eager for an iteration that can be played on the screen. Whilst the highly anticipated eSports Boxing Club is striving to create a simulator that builds on the solid foundations of the Fight Night series, Big Rumble Boxing: Creed Champions looks to continue in the footsteps of Ready 2 Rumble and Punch-Out!!, bringing arcade-style fun to the sport. Developed by Survios, the talented studio that brought us Creed: Rise to Glory, the company looks to replicate its success with the franchise as they bob and weave from VR to a traditional format.

Starting in 1976, the Rocky franchise is still going strong, with Creed 3 due to be released in November 2022. Looking to celebrate its rich history, Big Rumble Boxing: Creed Champions features 20 boxers, many of which being iconic adversaries. From Clubber Lang to Viktor Drago, all have been characterized in a recognizable manner yet feels in line with the arcade, over the top, design. Due to this, you will be able to live out fantasy matches between your favorite fighters who graced the squared circle on the silver screen.

Out For the Count

Stepping into the ring, boxers lose their individuality. The stiff movement and lack of variety in boxing styles result in each fighter feeling identical. Due to this, tactics remain the same in each circumstance, creating a repetitive bout. Combos are key to gain an advantage; however, these are extremely easy to do. Simply mashing one button will perform a laborious but highly effective combination. As well as this, you can execute a power attack that differs depending on your directional input. Charging these strikes will provide a vicious haymaker that will take a hefty portion of health from your opponent. Finally, each fighter also has their own unique special move. This cinematic strike looks terrific as it sends your foe up into the air, smashing down onto the canvas. However, this loses all impact as the boxer will just spring up and continue, without it counting as a knockdown! 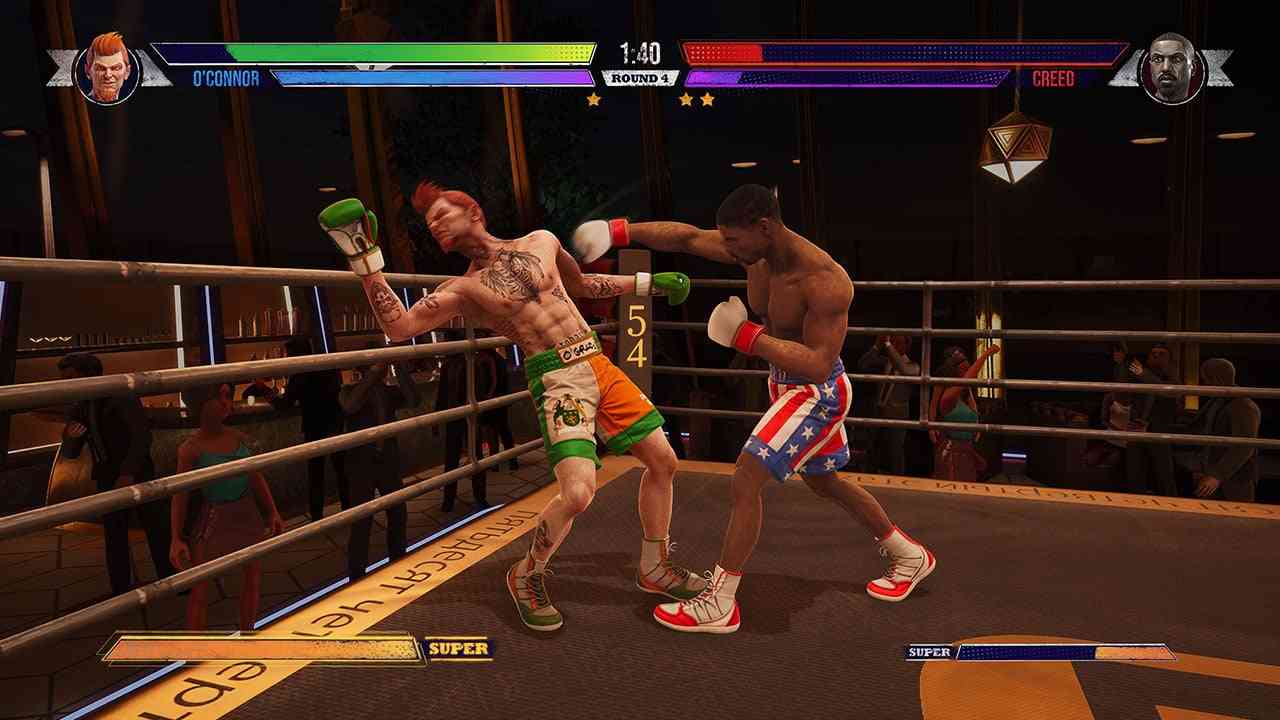 Survios has placed arcade-style combat at the forefront, and sadly, the sport of boxing has taken a backseat. Without a stamina bar, you can simply exhaust attacks with no consequence. Although you can block, this can be broken after a while leaving you dazed. Due to this, you must dash and use distance to be successful. Unfortunately, due to the wide range of some power attacks, this feels counterintuitive, forcing the player to commit to button-mashing combos. Countering strikes is vital in the sport; one slip and overhand can result in a knockout. Whilst you can counter strikes in Big Rumble Boxing: Creed Champions, it’s unresponsive and seems to occur randomly. As an opponent’s strike lands, you must press block to counter. After hours in the ring, this system still felt awkward as it doesn’t suit the rhythm and pace of fights.

Health bars in boxing games have varied over the years. Most include a dynamic bar where you can regain health; others have opted to eradicate the bar, focusing on the number of hits on a certain body part. In a strange move, Survios has decided to include a traditional health bar that replicates a 1v1 fighter. Once your enemy’s health has depleted, they will be knocked down, but in an odd turn of events, when they get back up, they will have a full bar of health, putting them in a position of strength. Even though this creates a back and forth contest, it takes away from the experience. 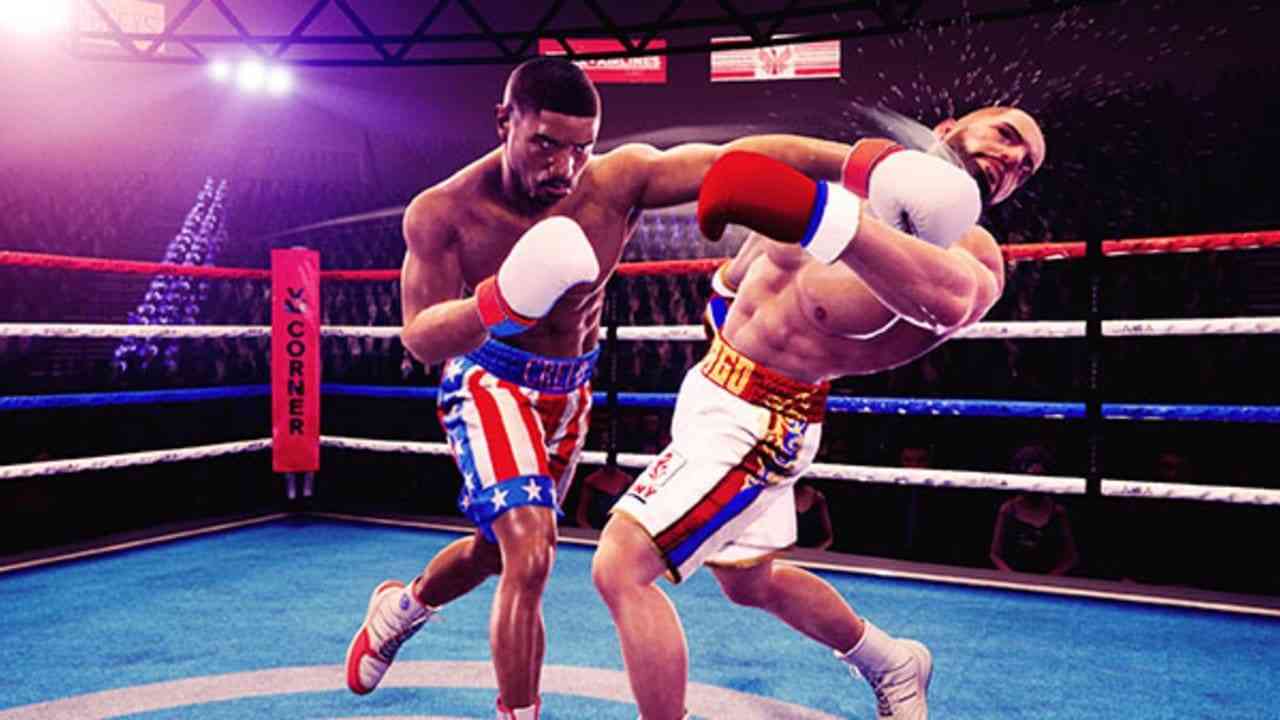 The arcade mode features a basic story for each fighter that gives context to matches. Completing these will reward you with boxers and costumes, giving you plenty of incentive to replay. During the narrative, you’ll take part in several mini-games that are linked together, representing an iconic montage from the franchise. Although this is a welcome change of pace, it doesn’t actually build and develop your actual skills in the ring. If you want to improve, you’ll have to go to the bare bones training mode. Here you can apply settings to your opponent but not much else. With no challenges or combo objectives, I can’t see many people playing this mode.

As with most combat-based games, versus mode is where you’ll spend the most of your time. Local multiplayer is fun as anyone can pick up and play due to the easy-to-learn controls. However, one massive omission is the lack of online play. Due to the meager number of modes and options, you may quickly grow tired of the game.

Big Rumble Boxing: Creed Champions features all the greats from the franchise. Its large roster and faithful character designs will please fans. Unfortunately, it’s in the ring where the game falls flat. It fails to strike the right balance between arcade action and the sport of boxing. Although some may find the casual nature quite fun, aficionados will have to wait for that knockout game. 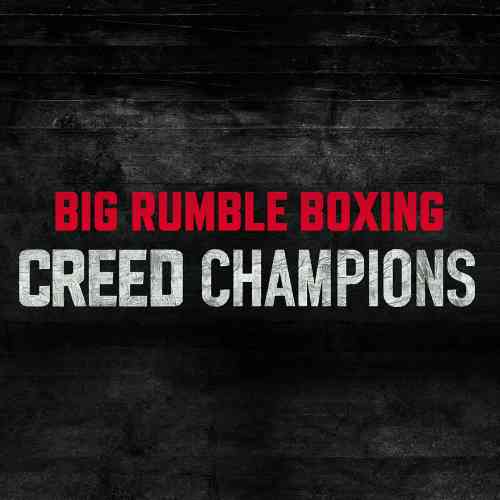