Creed: Rise to Glory Review – It’s The Eye of the Tiger

Gaming in VR can be physically taxing. Your arms tire from holding up the controllers, and your body too from moving around, at which point you’ll want to take a break. But with Creed: Rise to Glory, though I was already exhausted after just two fights, I found myself pushing for “one more” match, then another after that — it’s that fun. By stripping away some of the fluff that comes with the genre and focusing on the fighting, Creed is a slug-fest that’ll have you sweating and laughing.

As Adonis Creed, you face a series of progressively-difficult opponents leading up to the championship fight in your (as the name implies) rise to glory. Major characters from the films make an appearance, like Rocky Balboa, who becomes your trainer. While the story is practically non-existent, the ultimate purpose of the campaign is to help you learn the ropes of boxing.

Prior to each fight, you must go through training in the form of a montage of mini-games. You’ll really feel like you’re in the movies as you practice punching drills and dodge incoming blows because it’s all set, of course, to “Gonna Fly Now” (the Rocky theme song). There’s no character progression or in-game rewards for a successful training session, but I did find myself improving as I got more comfortable with the various mechanics. 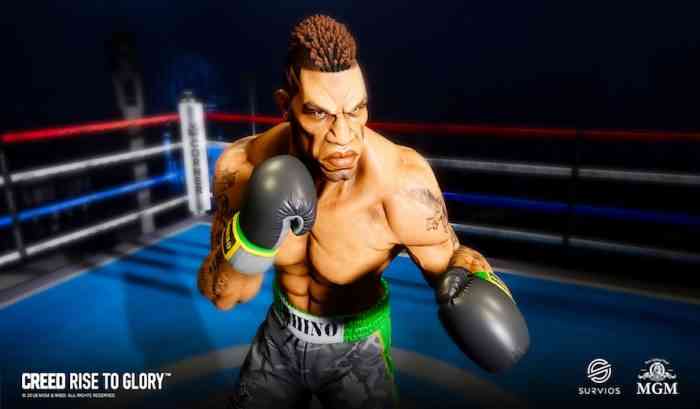 How hard you punch matters, as it determines the amount of damage you deal. Recklessly throwing too many punches in a row drains your stamina, and you’ll deal less damage and also be susceptible to attacks. Dodging a blow activates slow-motion, giving you a chance to fire back at your opponent with a counter punch. When you get staggered, you have to quickly re-align the controllers with the on-screen prompts to avoid taking further damage. As you can see, Creed isn’t exactly worried about realism, which is why it works so well. No matter if you’re on the offense or defense, the fighting mechanics always keep you engaged and in the action. This is even true for getting knocked-out, as it triggers an out-of-body experience in which you must sprint back into Creed’s body before time runs out. There’s no hugging here, no stance-switching, no cutman mini-game — in fact, there’s barely any delay between rounds. As a result, each fight is a relentless physical workout with little downtime.

I only found two minor issues with the fighting in Creed: Rise to Glory. In the heat of combat, there’s not enough visual indication to tell whether you’ve successfully blocked a hit or if you’ve taken it to the face. Similarly with dodging, there were occasions when slow-motion would not activate even though I could have sworn I ducked out of the way. Other than that, the fighting was always smooth and responsive. 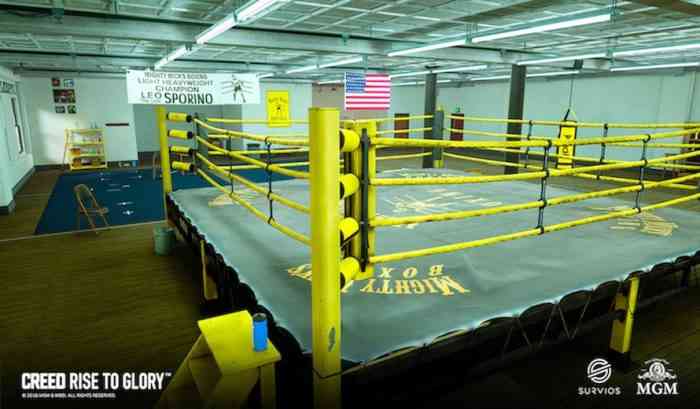 For the most part, the enemy AI is fairly simple. As you progress through the campaign, opponents get smarter at blocking and dodge more often. The biggest difference between each boxer seems to be in how much damage they can absorb before being knocked out. Creed’s campaign is too short for repetition to set in — clocking in at about two hours including my breaks in between matches. In terms of other modes, you can revisit the gym for more training or enter freeplay to challenge individual boxers, but the meat of the game lies in the online PvP.

Eye of the Tiger

Compared to facing an AI opponent, going up against a real human feels like a whole different animal. Players are unpredictable and do not employ the same tactics as the AI. Finding an opening to strike becomes both thrilling and rewarding. Getting staggered is especially dangerous, as the other player will capitalize on the opportunity to punish you. These matches were often no-holds-barred affairs, with both parties swinging wildly and huffing and puffing by the very end. It’s intense, chaotic, and as close to a real boxing match as you can get without stepping into a ring.

For those seeking an authentic VR boxing experience, look no further than Creed: Rise to Glory. While the campaign lacks in story and length, and the fighting mechanics lean towards being arcadey, neither of these issues detract from the overall experience – as tired as you’ll get from the constant punching.

** A Oculus game code was provided by the publisher ** 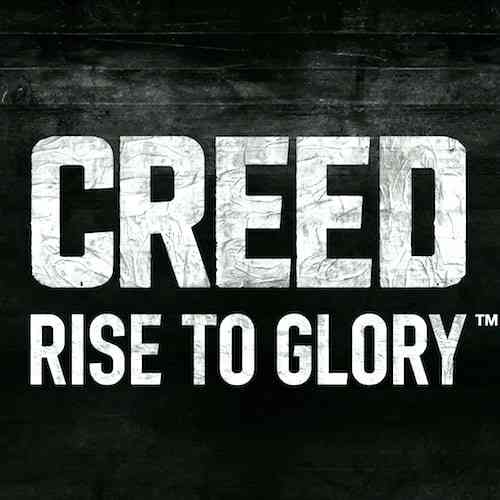