Microsoft Studios has re-released three family-friendly Xbox 360 games this year to the Xbox One, and included among them is Zoo Tycoon: Ultimate Animal Collection. This new version of Zoo Tycoon is essentially the same as the Xbox 360 version, but they have updated the game visuals (to make use of those sweet 4K visuals for those of you with an Xbox One X and a 4K capable TV) and added a nice selection of new content. If you’re looking for a fun game for the whole family that provides a nice dose of educational content, this just might be the game for you!

The premise of Zoo Tycoon: Ultimate Animal Collection is to build and maintain a zoo. The game offers a variety of modes to choose from depending on how much structure and challenge you want. The Scenario mode provides you with a basic zoo and certain criteria that you must fulfill – such as improving animal conditions or adding certain animals/exhibits. Complete enough criteria and you’ll move on to the next scenario. The Challenge mode is much like Scenario mode, except that they’re standalone challenges. So, rather than progressing from one scenario to the next, you can pick and choose any challenge you want. Then there is the Freestyle mode which is a far more relaxed and flexible mode. In Freestyle, you have unlimited funds, no time limits and no criteria to fulfill. You can build the zoo as you see fit at your own discretion. You’ll still need to unlock different exhibits and animals through leveling up – but this comes from just building and maintaining your zoo. It’s worth noting that the initial load times are horrendous. When you’re actually in the game, it’s a pretty smooth and quick experience – but prepare to wait a solid few minutes from the title screen to the actual game!

Zoo Tycoon: Ultimate Animal Collection features a unique blend of controller/Kinect functionality which I actually really liked. For the most part, I navigated the game with the controller such as moving around the zoo (in the overhead Tycoon view or the on-the-ground view) and navigating menus. However, when I was interacting with the animals – I actually got a kick out of putting the controller down and using the Kinect gestures. The first moment of awe was when I was tasked with feeding a very tall giraffe. I would gesture it to come to me, reach down to pick up a piece of fruit, then stretch my hand out. This magnificent creature would lean it’s long neck down and pluck the fruit from my outstretched hand. It was such a simple yet neat experience. 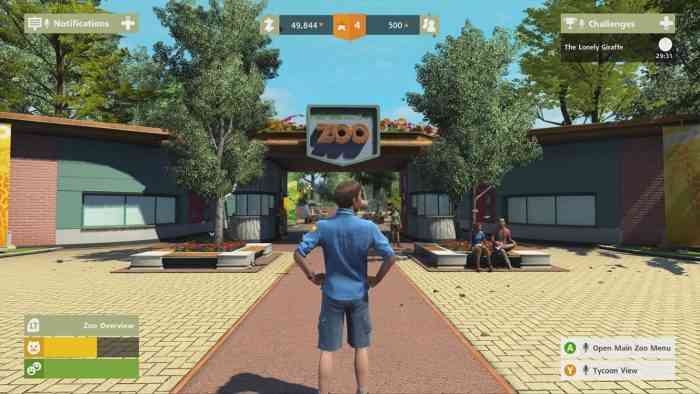 For each animal exhibit, you can add three different types of interactive stations; a hose station (to clean the dirty animals), a feeding station (as I mentioned before with the giraffe) and a sensory enrichment station (where you’ll interact with the animal behind a glass). My son tried his first sensory enrichment station with a tiger and he couldn’t stop smiling about it. The tiger would come to the screen, and then my son’s face was superimposed on the screen just next to the tigers face. The screen would provide suggested facial expressions for my son to try – and upon doing so, the tiger would follow suit. For us old, jaded gamers – that might not seem like much, but for a young gamer – it is such a magical and fun experience.

Navigating through all the menus can be a bit daunting and young gamers will need to come with a decent level of reading comprehension (probably Grade 2 or 3) or at least a parent willing to say what everything says. Maintaining animals takes a lot of work too; making sure that they’re fed, clean, happy and the exhibit isn’t filled with poop. Fortunately, you can hire staff to help take care of the animals so you can focus more on expanding your zoo. However, I still found myself handling the poop clean-up from time to time – the confetti pop from clearing each steaming pile of excrement is oddly satisfying. 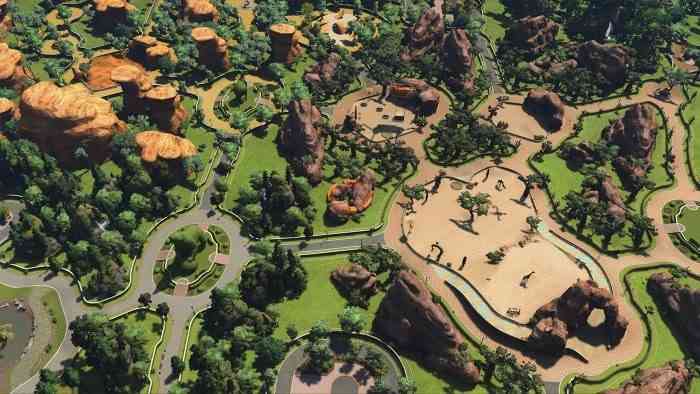 Zoo Tycoon: Ultimate Animal Collection is a worthy addition to the Xbox One collection for any household with young gamers. Even if you owned the 360 version, there is a nice visual overhaul and a handful of new exhibits and animals to utilize. The animals look amazing and the interactive moments can be pretty fun. The game features almost 200 different animals – so animal lovers will be in for a real treat! Gamers looking for a challenge have two modes to choose from (Scenario and Challenge) while gamers looking for a relaxed approach can enjoy the Freestyle mode. I was surprised at how well the game handled both standard controller and Kinect interactivity at the same time – it’s one of the few games that I appreciated the Kinect functionality. There are a couple gripes worth mentioning such as the ridiculously long loading time from title screen to gameplay and the excessive in-game menus. However, the overall package is rock solid – Microsoft Studios and Blue Fang Games made the right choice to update and re-release Zoo Tycoon. 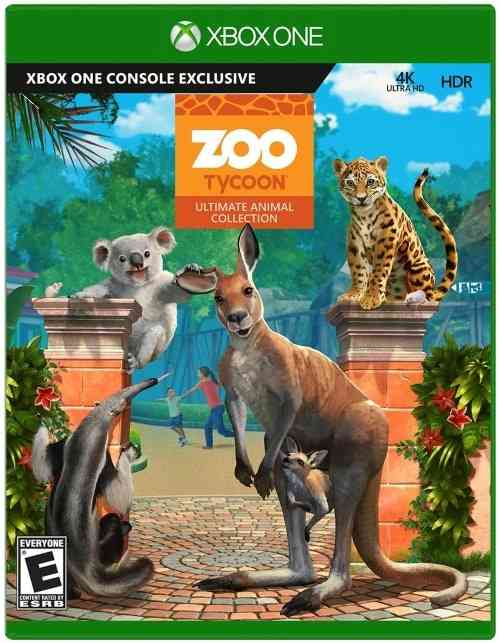 
Farming Simulator 22 Is Returning After Missing Out on a Harvest