Lemmings was a game about trying your best to not send a bunch of tiny creatures to their death as you try to figure out the best plan of action. Zombie Night Terror, on the other hand, allows you to let loose and sit back as your pack of zombies murder anything in sight.

The story in Night Terror revolves around a new drug called Romero, a green liquid which turns out to be the catalyst for the outbreak. Manufactured by Einstein himself, Romero is slowly starting to spread to multiple drug dealers who must now deal with the fact that their clientele want something a lot squishier and a bit harder to get hold of. You must ensure that the zombies you create can last as long as possible to ensure complete annihilation of human life.

“I’ll be honest, I was not expecting Zombie Night Terror to be this much fun. I enjoy plotting zombie outbreaks as much as the next guy, but the idea of a zombie apocalypse is as stale as an idea can get.”

I’ll be honest, I was not expecting Zombie Night Terror to be this much fun. I enjoy plotting zombie outbreaks as much as the next guy, but the idea of a zombie apocalypse is as stale as an idea can get. I was worried that it would literally just be Lemmings with zombies, but NoClip manages to spice it up through the use of a large number of mutations – which are a way to evolve your basic zombies into something more terrifying, or to have them perform some impressive acrobatics to snag those hard-to-reach survivors. NoClip then decided to take it further by allowing you to combine the mutations, allowing your zombies to further spread the more whilst you cackle manically. Each mutation has its own unique purpose and mastery of their combinations will ensure your outbreak spreads to as many people as possible.

Every level I sat there for minutes at a time trying to work out the best way to brutally murder all the filthy humans and tried my best to complete each level’s challenge, which are surprisingly difficult, and when I inevitably failed I simply went back to the drawing board. If you aren’t like me and can just plough through a level without caring about the challenge, then the replayability of Night Terror is increased tenfold when you finally decide to tackle some challenges you skipped over. If you don’t like replaying old content, or don’t care much for bonus challenges, then this game may fall a bit short for you as that’s all it has in terms of replayability. 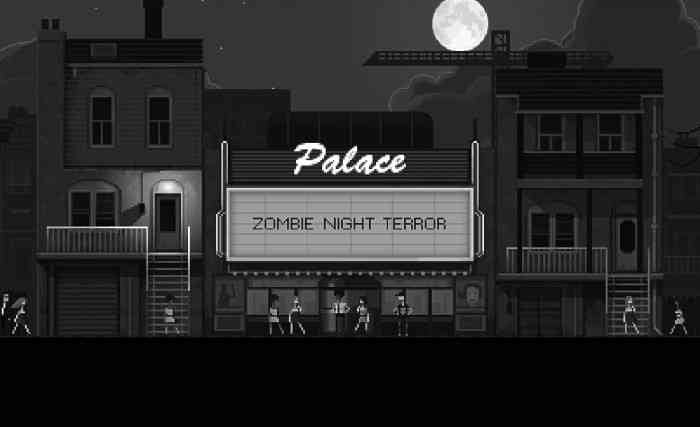 The controls are simple and sweet: buttons 1-9 allow you to choose a different type of mutation, WASD and the directional keys move the camera, and the mouse is used to tell your zombies to either walk up the stairs or past them. Each finicky little decision change I made was executed perfectly and kept the flow of the gameplay intact. The implementation of a fast-forward button also helped the flow of the game by allowing me to breeze through the beginning of the level for the umpteenth time because I couldn’t figure out how to reach all those humans.

Just like Lemmings the AI in this game does exactly what you tell it to, and it does it well. If I made a split second decision to have half my horde of zombies shamble down some stairs, then that’s what happens – which I know sounds pretty simple, but the amount of games I’ve played where the AI only react a good few seconds after I’ve made the decision and end up ruining the whole ordeal has made me bitter. The later levels become a bit more complex as you have to combine several different mutations on different zombies in order to progress, which I did enjoy but realised it might not be everyone’s cup of tea. 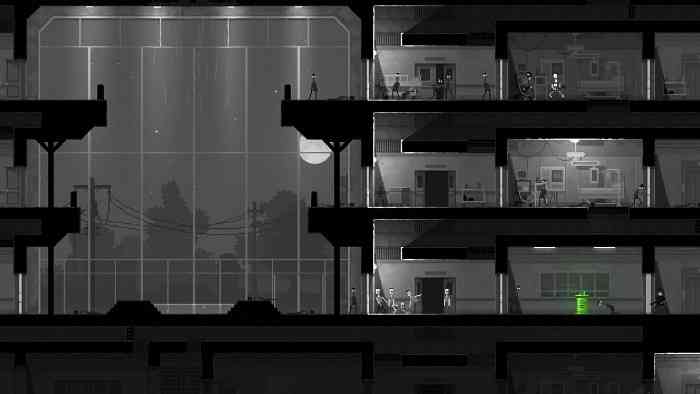 Each given level has a set of pre-determined mutations for you to use and work with in order to eradicate all human life, but some humans won’t give up as easily as the rest. There will be survivors who come equipped with guns or baseball bats and they can singlehandedly wipe out a large chunk of your horde, but I didn’t find them that challenging – I found the environment to be a much bigger threat to my little zombie army. As funny as it is to watch five zombies leap to their deaths from a building and splatter on the floor, it starts to grind me when it’s the second time it happened because the jumping mutation forgot to factor in ceilings.

“The cute pixel graphics make the game ten times more haunting when a jolly pixel man with an afro is torn to shreds by a pack of zombies.”

Zombie Night Terror lacks a proper way to change the video settings, though I don’t know why you’d want to. The cute pixel graphics make the game ten times more haunting when a jolly pixel man with an afro is torn to shreds by a pack of zombies. The choice to minimise the use of colour is a great feature which adds to the noir horror, but it truly shines when you finish a level and are able to look back and track your massacre through the bright, contrasting red colours.

Though I really enjoyed the spooky, 80’s horror music, what I loved was that you can hear very ominous things happening in the background; echoed gunshots, whimpering, and the occasional zombie moan. The thunder and lightning, the pitter-patter of rain, and the screams of your enemies as you progress further through the level really struck that classic horror movie tone.
Zombie Night Terror is a blast to play and has enough content, gameplay, and humour to warrant the affordable price-tag and then some. The difficulty may rise the further you play, but the complex combinations add so much more to the game. 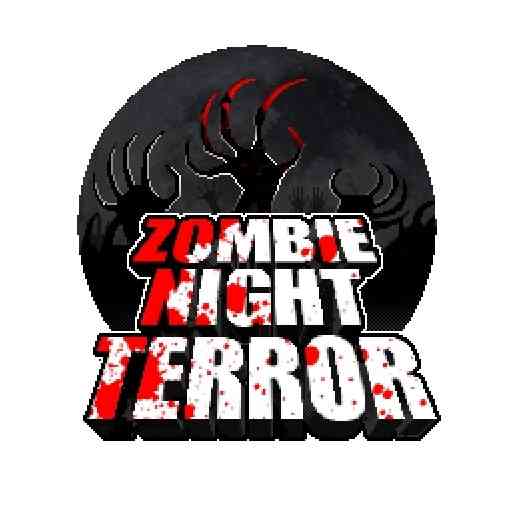 
Deadcraft Review – Half Zombie, All Man

Valley of the Dead: Malnazidos, Shambles, To Release Today