For years, fans of wrestling, or sports entertainment as Vince insists it’s called, have had to endure mediocre renditions of the sport. Gone are the golden days of the genre, leaving enthusiasts in despair as they digest the excrement that has plagued consoles for the last two decades. As the world of professional wrestling is changing, so are the video games. Fire Pro Wrestling World proved that there was still life in the genre and this sparked a resurgence. With the monopoly of the sport slipping from Vinnie Mac’s senile grubby hands, the future is exciting and ready to claim the vacant world title is Wrestling Empire.

Published and developed by MDickie, Wrestling Empire is first and foremost a labor of love. With a history steeped in wrestling games, can MDickie harness the power of the Nintendo Switch to power-slam their way to success?

Taking inspiration from the beloved 64-bit era, Wrestling Empire uses the same groundbreaking grapple system that was originated by AKI back in 1997. Due to this, fans of classic games such as WWE No Mercy and WCW/NWO Revenge will get a sense of familiarity when entering the squared circle. Although this is influenced by pioneers of the genre, MDickie has introduced many new elements to differentiate itself. Incorporating the evolution of the sport, many moves can be seamlessly reversed into face-crushing manoeuvers adding excitement to exchanges in the ring. 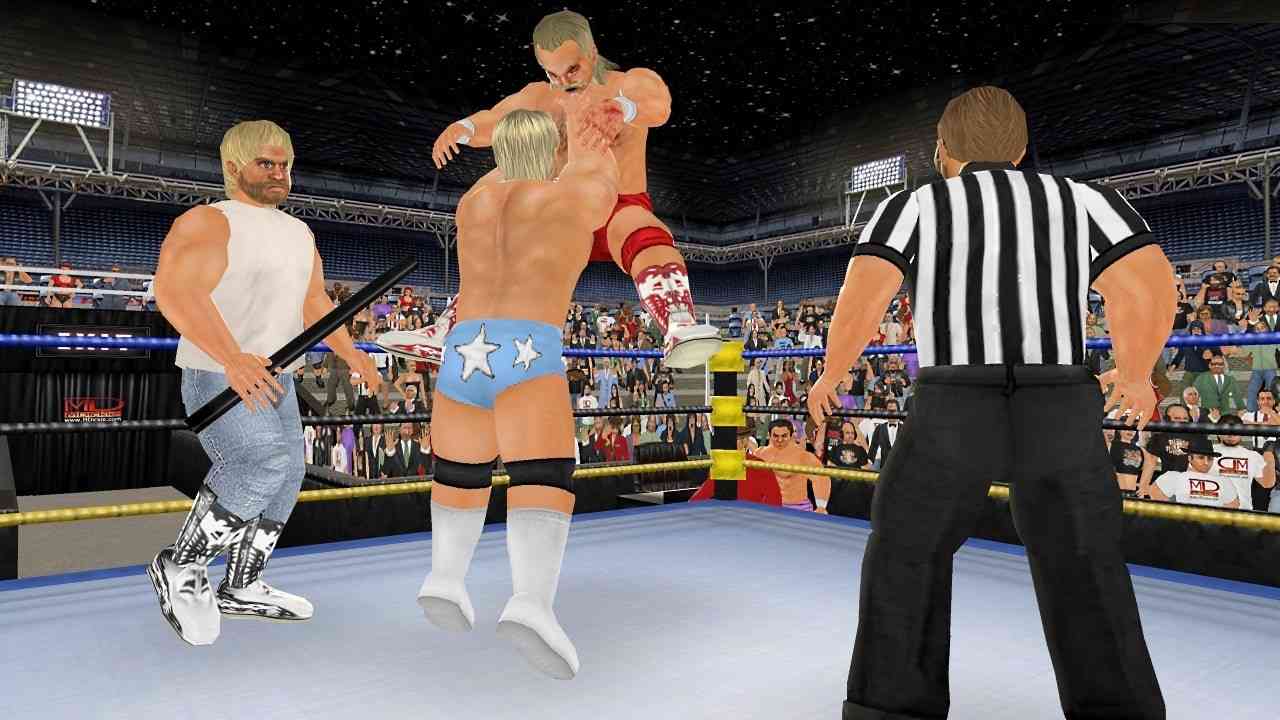 Unfortunately, the game does suffer from a few glitches that mar the experience. Characters often pass through the ropes and even each other, making what should be epic moments feel as clumsy as Shockmaster’s entrance. On top of this, the lack of variety in terms of striking animations makes the game feel ridged and due to this, it fails to possess the fluidity that the AKI games were lauded for. Because of the simplified controls, the game is accessible, however, without a block/reverse button, some encounters seem to happen without the knowledge of the player causing frustration. The AI is as shaky as The Big Show on the top turnbuckle; often referees get in the way and when more than 4 characters are in the ring, carnage ensues. In spite of these issues, I still thoroughly enjoyed my time with Wrestling Empire. And with MDickie’s commitment to refine, improve, and update the game, aficionados should support this indie developer as there is a diamond cutter in the rough.

Wrestling Empire gives almost complete freedom to the gamer, allowing you to customize characters, arenas, and matches. From chaotic Battle Royals to visceral First Blood matches, the sheer number of match types available is incredible, allowing the player to create dream scenarios instantaneously. In addition, you are able to set the camera with inch-perfect precision to suit your needs, whether it be more dynamic or static.

With up to 350 characters across 12 rosters, the game is packed with wrestlers that resemble modern-day icons and legends from the past. Customizing your experience is at the heart of Wrestling Empire, and if you wish, you can alter Ralph Zipper to Dolph Zigger in seconds,

By far one of the most impressive aspects of Wrestling Empire is the deep and diverse career mode. After selecting your character, you begin your journey as a trainee at a wrestling school. With regular communication with the promoter, you get to decide your gimmick, physical development and make moral decisions about your lifestyle. Would you take steroids to increase your physique and possibly get more television time? Dilemmas like this are featured throughout making the experience unique and exhilarating. 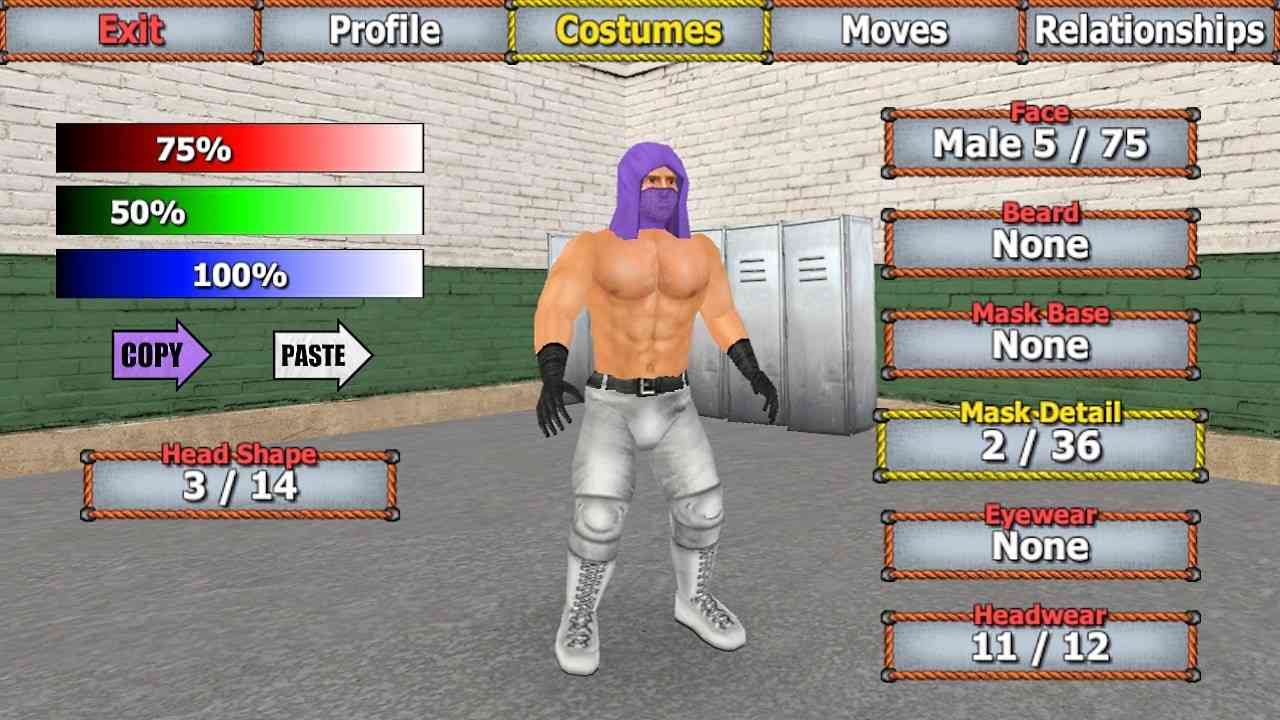 After choke-slamming your way up the ranks, other promotions will begin offering you contracts, however, you are given complete control here. Decide how you want to be used by adding favorable or unfavorable clauses, to strike up the best deal to aid you on your journey to the Hall of Fame. At the height of your popularity, you can even negotiate to have creative control so promoters can not screw you over with gimmick changes and makeshift tag teams. Throughout, you will need to keep a close eye on your finances. Expenses will be deducted weekly, and if you’re not earning the big bucks, you may have to do extra work as a guest referee or take advantage of other opportunities to supplement your income. Progressing through the dynamic career mode is a thrill and by far the best example of life as a professional wrestler in video games. Not only are you unlocking the array of characters throughout your journey, but you are carving a unique experience resulting in endless replayability options.

Visually, the game embodies the charm of 64-bit wrestling games. Players who grew up playing modern titles in the sub-genre may be taken aback by the blocky design whereas older fans will get a soothing sense of nostalgia.

The love of the sport permeates throughout the entirety of Wrestling Empire. Even with the issues inside the ring, the promise of greatness awaits in the gorilla position. With continued support from MDickie and a remarkable level of customization, this is the best wrestling game available on the Switch; although, it does need some refinement to keep hold of that title.

***Switch key provided by the publisher *** 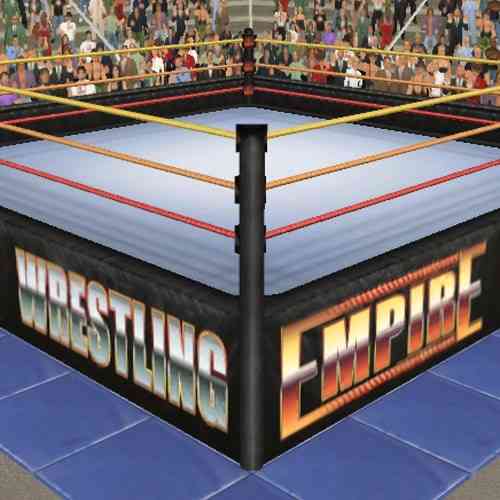