Way back when I was in middle school, it was the time when computers were just on the rise and my school only had one of them that everyone shared. When it would come time for me to get my turn on the computer, almost without fail, I would pop in Worms and begin the turned based chaotic joy that the game always brought me. Whether it was playing by myself and napalming half a dozen CPU worms or sitting side by side with a friend and getting endless joy out of hitting his worm in the face with a baseball bat, the goofy slapstick violence was a constant source of entertainment for me. This story does more than just date me, it’s also a lead into 2016’s entry, Worms W.M.D. The newest entry in the long standing franchise, brings lots of new things to the table like crafting, some neat vehicles and a bevy of weapons to inflict pain with, but when I take a step back and look at it, is W.M.D. that much different than the game that I played on floppy disk all those years ago?

If you’re unfamiliar with the Worms franchise, it’s a strategy series where your team of worms uses a variety of weapons to murder the other team in often hilarious and cartoony violent methods. The various maps are usually thematically based and W.M.D. is no different, focusing on battlegrounds or geographical areas for the basis of its maps. There’s always a big variety of weapons to rain hellfire down on your enemies and W.M.D. has the widest variety yet. They also have included a variety vehicles to make things a little more interesting and to ramp up the explosion count. There’s a single player campaign where you can mash up your computer foes across a number of maps or there’s also a multiplayer component where you can mash up someone on the network in both ranked or unranked games. You can also customize your own worm squad and as you progress through the game, you unlock more gear for your crew to don.

“Worms W.M.D. brings the franchise back with new bells and whistles to spice the game up.”

Worms W.M.D. introduces crafting this time around where you can pick up parts throughout the levels and then use them to build weapons to help annihilate your enemies. The crafting works in tandem with the basic weapons that you find in the Worms games and gives you different varieties of them. Such as, with the usual Uzi, there’s a couple of different Uzi varietals that you can craft to further inflict pain. The inclusion of the vehicles also allows you to blow stuff up with a tank, rain machine gun fire from the air, call in airstrikes, etc. and just adds to the options you have to fight. 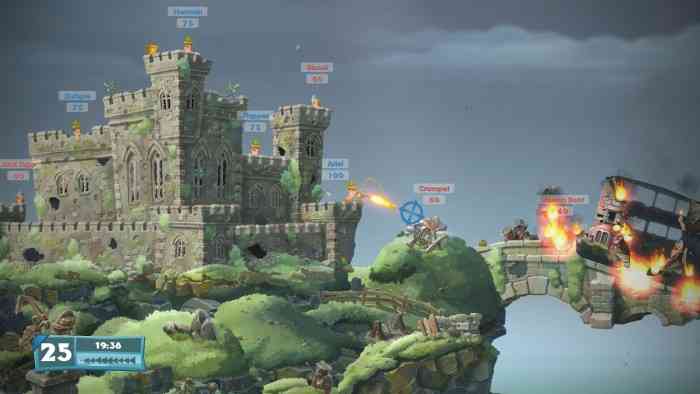 Now, let’s go back to the question I posed earlier. It’s 20ish years after the first Worms game came out and even with all the additions, the series really hasn’t changed that much. Walking your worm into appropriate firing position is a chore and more frustrating than anything. Aiming any of the dozen weapons you have is a chore. The vehicle controls are equally frustrating and you will find yourself stuck in a hole more often than not. There’s a training exercise for all of your basic weapons but that just lets you get used to them as opposed to giving you some tricks to not have your grenade end up bouncing around the whole damn map nine times out of ten. There’s also a very high chance that there may be the tiniest pixel of ground left in the wake of a massive explosion, too small to see. But you won’t need to see it because you will try to shoot something and you will kill yourself when you hit it. Trust me on this. Also, while the maps try to mix things up quite a bit to keep you entertained, the game can’t help but become tedious as the computer AI is always incredibly accurate and you have to be accurate to the smallest millimetre with your aiming which flies directly in the face of the shoddy controls that you have to work with. 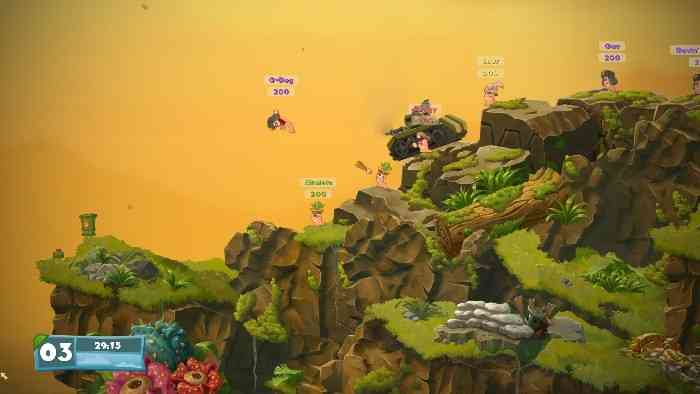 Overall, Worms W.M.D. brings the franchise back with new bells and whistles to spice the game up. The customizations, the variety of play methods and the bevy of weapons, and even the inclusion of vehicles bring a lot to the table, but ultimately can’t distract you from realizing that you’re playing, in essence, the same game you were playing 20 years ago.

Playing this game did give me a lot of nostalgia about middle school, yes, but when it comes to fun to be had in 2016, Worms W.M.D. feels dated, as does the enjoyment you can squeeze out of it.