If you know me or have read any of the articles I’ve written before now, you will be very familiar with my love of comics, comic book films, and for my loathing of the DCU films thus far. I also made it no secret that I fully expected Wonder Woman to follow suit behind Man of Steel, BvS: Dawn of Justice, and Suicide Squad in being a complete and total train wreck. Even after the impressive trailers I wasn’t sold because DC had tricked me with great trailers before. It was with trepidation that I entered Wonder Woman, wondering if I was going to smugly shred the film or if I was going to have to eat my words when it turned out to be good. Well, this is me eating my words.

When Diana saves downed pilot Steve Trevor and learns about ‘The War to End All Wars’, Diana sees the influence of Ares at work and takes it upon herself to set out and put a stop to the God of War and save humanity from his clutches.

Going into Wonder Woman, I will admit that I had no strong feelings about Gal Gadot one way or the other. I had never seen her in anything that was impressive but I’d never disliked her in anything either. It’s funny how some people seemed made for a role and I can certainly attest that Gadot seemed tailor-made for the role of Diana. She effortlessly carries the film, calmly asserting herself in action sequences, charmingly disarming us with her naivety to our world, and fiercely commanding the screen when she needs. Make no mistake, this is Gal Gadot’s film. To the point that everyone else on screen is better because of her. While the supporting cast is well rounded and can hold their own, I don’t feel that any of them could have pulled it off without Gadot to balance them out. It truly is a star-making performance for the young star.

“Make no mistake, this is Gal Gadot’s film. To the point that everyone else on screen is better because of her.”

The biggest hurdle that Wonder Woman needed to overcome was going to be balancing the fantastic world of Themyscira with the gritty world of Europe in the thick of World War I. This is pulled off by the steady hand of director Patty Jenkins who manages to reel back much of the fantastical elements of the movie and ground it in a very real world. Scenes set on the isle of Themyscira feel magical, warm, and vibrant while the scenes set in our world feel dark, dirty, and gritty. As Diana finds her beliefs and her outlook on the world under constant fire, her heroic deeds and the purity of her actions is a literal splash of colour into a drab and dreary world. Even as the movie spills into more comic book type action, Jenkins keeps it grounded with Diana’s interpersonal relationships to the other characters.

Speaking of, the supporting cast is also well rounded. To the surprise of no one, Chris Pine is charming and likable and a credit to the film. Connie Neilsen and Robin Wright are both regal and brutal as the leaders of the Amazonians. Said Taghmaoui, Ewen Bremmer, and Eugene Brave Rock bring some humour and some heart as the rest of the crew while Danny Huston and David Thewlis bring some weight as leaders on opposing sides of the war. Together, around Gadot’s stellar performance, they make an Amazonian princess who is a direct descendant of the ancient gods fighting in World War I a believable and heartfelt tale. 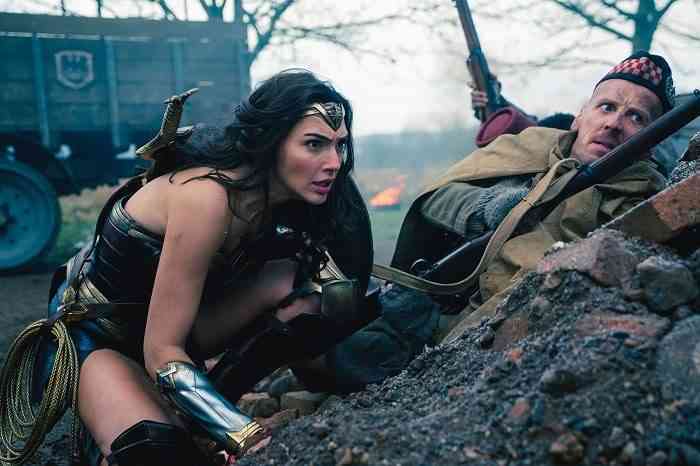 There are, however, some very glaring problems with the film. First, you can’t miss the similarities between Wonder Woman and Captain America: The First Avenger. How easy is it to spot? Well, from the time Diana leaves Themyscira forward is, almost beat for beat, the same movie. Now, I loved First Avenger but if you did not, well… Second, there’s a pair of scenes in the movie that almost seem like outtakes someone forgot to remove. They are poorly acted, completely shift the tone for a minute and, well, are just plain out of place. The movie also a completely different set of scenes where the CG would have looked poor in 2003, let alone in a $200 million film in 2017. Lastly, the third act is absolutely horrendous. I thoroughly enjoyed nearly the entire movie, minus a pair of very odd and out of place scenes, right up until the big showdown and it veritably implodes. Action that didn’t even make sense, laughable dialogue (I actually laughed at a very pivotal speech), and a conclusion that is going to cause a plethora of problems down the line. I actually wondered if Patty Jenkins got pulled off the film for the last few days of shooting. It was like watching two separate movies – one that was solid, balanced, and nuanced and then one that was gibberish hyped up on speed. I still don’t quite know what to make of it. 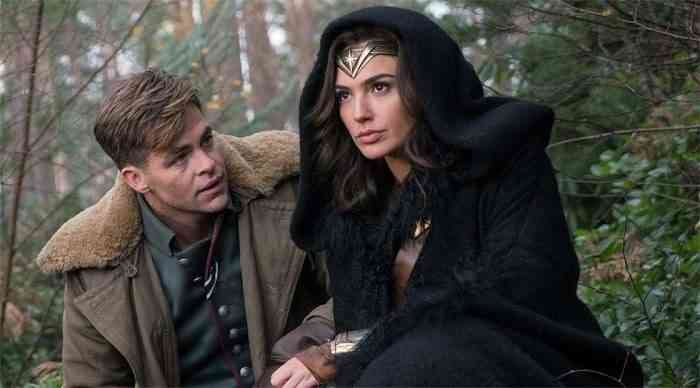 When it all shakes out though, DC finally deliver the goods on an amazing character with a very solid outing. Wonder Woman delivers on action, heart, humour, and drama while propelling Gal Gadot to the stratosphere of stardom. Although there were some very serious flaws in the film, Gadot, Jenkins, Pine, and the rest of the crew serve us the best entry yet into DC’s film universe. The fate of the DCU, both critically and financially, was resting on Princess Diana’s shoulders. For comic book fans everywhere, thankfully Wonder Woman has no problem taking that kind of pressure.

Wonder Woman is currently playing pretty much anywhere you look. 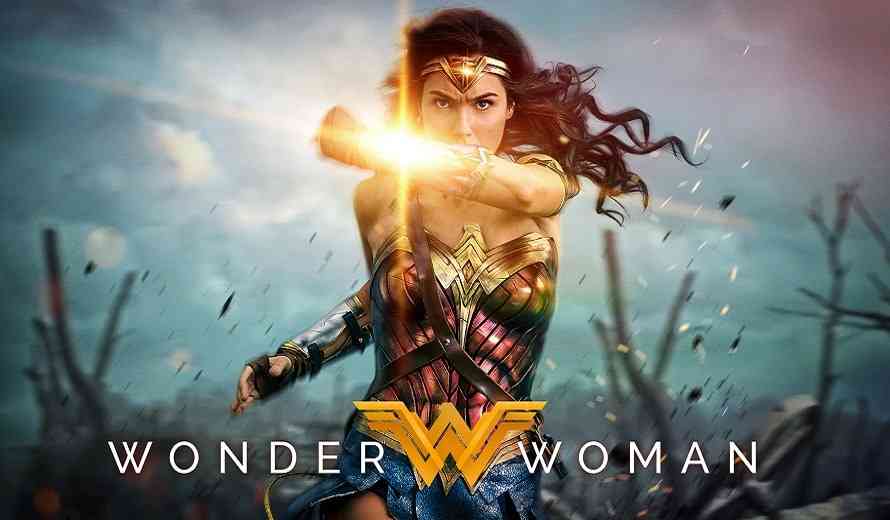