What Remains of Edith Finch Review – Let’s Take a Walk

What Remains of Edith Finch Review – A Better Walking Simulator

Let’s start by getting this out of the way, What Remains of Edith Finch is essentially a walking simulator. Don’t run away, or rather, walk away just yet! Developer Giant Sparrow (The Unfinished Swan) has included some fun little gaming sequences that help it stand out in the walking simulator genre. While it might not satisfy anyone with an itchy trigger finger or a thirst for puzzles – it does offer a pretty compelling story and some sincere moments that just might make it worth your time.

What Remains of Edith Finch centers around, you guessed it, Edith Finch, as she returns to her family home after her mom passes away to discover the history of her family. While Edith explores the massive Finch residence, she’ll uncover how each of her family members died before her. In many cases, What Remains of Edith Finch puts you in the role of the past family member as they live their last moments of life – which can often be a quite chilling experience. This story, and the way it’s presented, brought back fond memories of the GameCube classic “Eternal Darkness”. I appreciated the effort put into making each family member stand out, in their own time, and the issues they dealt with. To be honest, some of the deaths really stuck in my mind, even days after I finished the game – which is a testament to how impactful the storytelling was.

“This story, and the way it’s presented, brought back fond memories of the GameCube classic “Eternal Darkness.”

What Remains of Edith Finch is played entirely through a first person perspective. As Edith Finch, you’ll wonder through the massive Finch residence searching for hidden passages that will lead you from one family member’s room to the next. The game is very linear, so don’t expect much in the way of exploration. Once in a family member’s room, you’ll find an object to interact with which will teleport you back to the moments before that family member’s death where you’ll see it through their eyes. Within each of these sequences, there are moments that turn this “walking simulator” into more of a game. For example, in one sequence, you’ll be flying a kite collecting letters in the surrounding area. The letters will form sentences which will present the narrative for that particular family members life and demise. My personal favourite sequence was as child star, Barbara Finch, which took place within a comic book with cel-shaded style graphics and the haunting Michael Myers Theme from the Halloween movie franchise playing in the background. 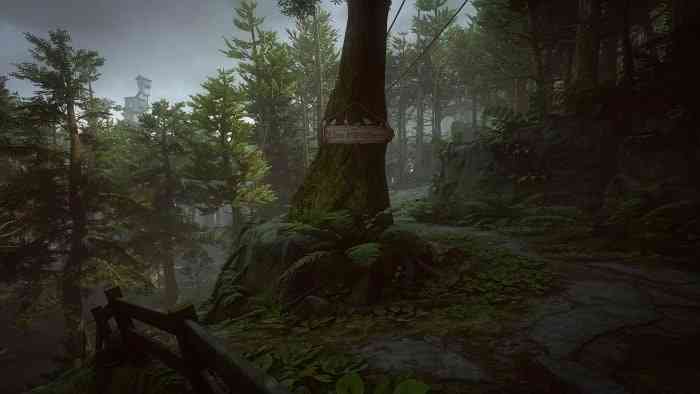 Visually, What Remains of Edith Finch, is a good looking game. Each room of the house has been carefully designed to accentuate the previous owner. In one room, where a pair of twins used to live, the room is divided down the middle. On the left side, the room is decorated with a “space” theme, including a little command center, whereas the other room was decorated with more of a “war” theme. There are moments when different art styles are used to convey different family members as well – such as the cel-shaded style mentioned earlier (there are others, but I’d rather not spoil them for you here). Both of these themes tie into the individuals they represent. The audio in the game is very well done, with lots of voice work done, all of which was excellently delivered.

The game is incredibly linear, and it’s unlikely you’ll have any need to return

What Remains of Edith Finch is an interactive story that tells a haunting story of a cursed family. Some of the games moments feel a little forced, but as a whole, everything fits together quite nicely. The game is incredibly linear, and it’s unlikely you’ll have any need to return aside from collecting some missed Trophies/Achievements. The experience is short, but ultimately well constructed. The ending has a very M. Night Shyamalan feel to it – you’ll get some closure, but you’ll also want more! Yes, What Remains of Edith Finch is essentially a walking simulator – but with a unique story, some very interesting sequences and some fun “game” moments, it’s the best one I personally have had the pleasure of playing.

A Shady Part of Me Review – Peeking From the Shadows