We. The Revolution Review – Liberty, Equality, or Death

We. The Revolution Review

If you were a judge, would you be a fair one? I’m sure most of us would try to be, but what if you knew that some of your decisions will impact your country, your career, and your life? What if you knew that bringing the right person to justice can cause an uprising, or maintain harmony within the city? We. The Revolution is such a game, where you play as a judge and make tough decisions to appease the greater good. With a story presented mostly through text and some dialogue and some gorgeous artwork, We. The Revolution delves into the darker sides of history by casting you as a key player in its grim storyline.

Set in Revolution-era Paris, you play as a judge of the Revolutionary Tribunal, tasked with taking in all information before casting your verdict. As you slowly proceed with each new case file, you are faced with challenges that require manipulation of the jury with questions and answers you want them to hear. Each of the three acts introduces different cases that include the common folk, aristocrats, and even notable historical figures, surprisingly enough. At the beginning of each trial, you will be able to access the case files and get yourself up to speed on each case. After reading over the available story, you will then probe the accused further to gain a better understanding of the situation. As you want to work with the jury for the most part, you will have to make sure you ask the right things, and We. The Revolutions’ cases feel meaty enough that each outcome is worth pursuing, even if it may not be a favourable result in the end. Striking that balance between right and wrong is key, and Polyslash studios managed to keep this mechanic at the forefront, for the most part.

While the story progresses slowly and requires a lot of reading, the game does present some wonderfully tough dilemmas against the backdrop of one of the important eras in history. Mechanics and stories required my full attention, but the game is paced well enough that each part doesn’t drag too much, but it did take a bit of work to get into the flow of the game at first. The tutorial at the beginning was also not helpful and I felt like I was just blindly guessing and clicking through options without much explanation until things clicked. There was a lot of guesswork as to what I was supposed to do in the first hour or so, but essentially the game is asking for your stance on who (or what) you support, and you have to tailor your questions to gain agreement from the jury. Truthfully this game made me realize what a terrible person I was, but at least I am a family man, right? 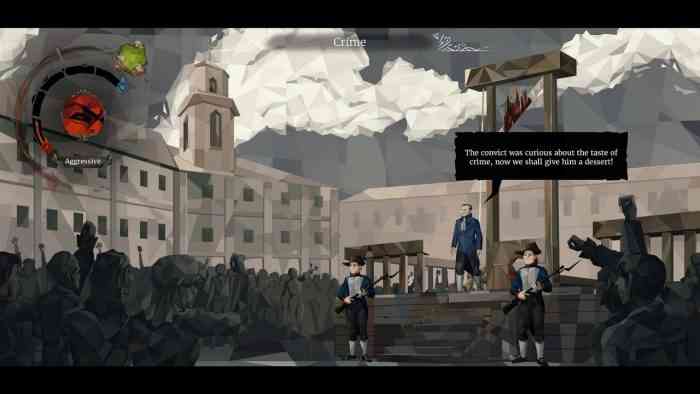 I must praise the aesthetic of We. The Revolution, as it uses some rather unique artwork to capture that era in history, while still standing out enough to feel fresh. This art was such a treat to take in, but the sheer amount of text did offset my enjoyment slightly as I’d much rather see these events play out, rather than read them. We. The Revolution certainly doesn’t shy away from this dark time in history though, and even just reading about some of the acts that occurred across was enough to make my skin crawl. Each case’s choices are well executed, forcing me to think long and hard about what I was about to pass judgment on. My choices may not have necessarily been right but they helped me advance further into the game and I felt like I was hopefully doing the right thing. Oftentimes you will be faced with cases where you have a big decision to make, and We. The Revolutions dynamic cases present some tough scenarios where I was left questioning my actions more than once.

The overall experience with We. The Revolution was positive despite its shortcomings, but also left me within a shadow of self-doubt. Although it took a while for me to grasp the weight of my decisions, it also felt more real finding out what was happening naturally. More than once I was struck with that moment of realization of how corrupt I had become in just mere hours, and I shocked at some of the outcomes I seemed ok with at first. We. The Revolution challenged my sense of justice and morals, and for that alone, I can easily recommend this title to fans of history or those craving a bit of despair. The game puts the situation into a new perspective that lets us think for ourselves, and while I may not have made some good decisions, you won’t pass judgment easily either.

**PS4 Code provided by the publisher** 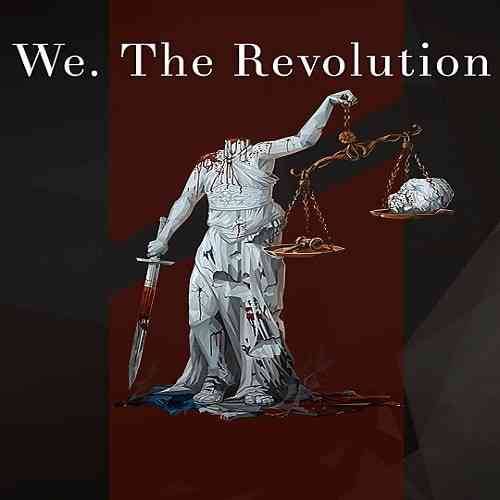