The notion of taking a hit on the PC and porting it over to the consoles is not a new idea, nor will it ever be one to go out of style. When the opportunity for Victor Vran: Overkill Edition – a top-down action RPG from Haiemimont Games – came up, I was excited to check it out. What Victor Vran ended up delivering was an awesome, fun, humorous, and ultimately addictive game that scratched that itch and not just filled in the void I didn’t know Diablo had left but carved out a big piece in my gaming library for itself.

The storyline to Victor Vran is about what to expect from the genre. Vran is a demon hunter who also wields demonic powers, giving him an edge in fighting the demon hordes. He returns to the besieged city of Zagoravia in search of his lost friend only to find a holdout of fellow hunters trying to save the city. With a pestering voice in his head, Vran roams the city, defeating the lords of the demon army to free Zagoravia for good.

If you’ve played Diablo, you’ll immediately know how to get into Vran. Equipped with weapons ranging from hammers, to swords, to shotguns, to hand mortars, you get to mow through large swaths of the undead. Of course, the demons have a variety of types that different weapons are customized to. Spiders that explode, speedy vampires, durable brutes, zombies, skeletons, etc, keep you on your toes and will have you rotating your weapons to keep up with the continually growing-in-difficulty monsters. You’re not just left with your weapons though. You also get a variety of health aids, bombs, armor and, of course, your demon powers to help you in your fight too. You can choose your armor to accentuate your style of play when you begin but you also get to unlock other sets as you play through the game.

“The Overkill Edition comes with all of the DLC worlds which is pretty much an entire game unto itself.”

Which brings me to the biggest strength of Vran – the amount of content the game offers and how much time you can spend in the world of the demon hunter. The Overkill Edition comes with all of the DLC worlds which is pretty much an entire game unto itself. The basic world itself is a big, expansive, huge hour suck without even touching the DLC. I blasted through the basic world, only playing main missions to get through the story, doing none of the side missions and I played for 18ish hours. In the base game and the DLC, there are several main levels that are sprawling maps with each of them taking a fair chunk of time to complete on their own and each of them has anywhere between 4-7 dungeons to plunge into if you’re so inclined. You’re very welcome to do what I did and just blast straight through, but you’re missing out on the most fun of the game – getting that sweet, sweet loot. 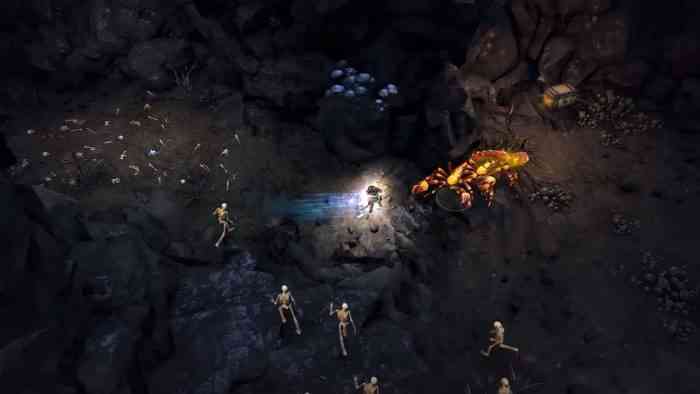 Grinding out the game, much like the vaunted Diablo, can be daunting, but man is it ever worth it. You can crawl through the dungeons as often as you want and they get more and more difficult each time you make it through. You can equip Destiny Cards to aid in gold and item drops – or to boost your overall stats – and those drops can be a god(or demon)send. When you pick up a legendary item, you can slice, smash or bash through anything in your way. You can also transmute all of your items to make them more powerful, so enough legendaries will allow you to transmute a perfect weapon and that’s where the real fun begins. You can also augment the challenges of each map with a hex to make the difficulty higher and that’s where finding the good loot comes in handy. If you’re a perfectionist like me, you’re going to want to finish all of the challenges and win all the trophies and now you know why I’m going to sink days of my life into this game. If that wasn’t enough, there are co-op modes that let you play with friends, just in case you didn’t have enough reasons to pick this one up.

“The biggest issue is the fact that the controls don’t quite compute when it comes to bringing keyboard to controller.”

The downsides to the game are few but are weighted. A port always has its issues and it’s surprising how few Victor Vran actually has. The biggest issue is the fact that the controls don’t quite compute when it comes to bringing keyboard to controller. It really only takes some time to get accustomed to but nonetheless, I didn’t regularly use hot buttons nor know that I could use secondary items for quite some time. The second thing I didn’t have a problem with, but I could see it being a real issue with other people – the grind. You may need to replay areas several times to find the best loot and you’ll definitely need to do A LOT of replays to complete each of the dungeons tasks. Again, while I had no issue doing this, knowing what I was getting into and enjoying the game so much, I could see it being a big issue to newcomers who aren’t ready to delve into a dungeon for the 23rd time in an attempt to complete a specific task. 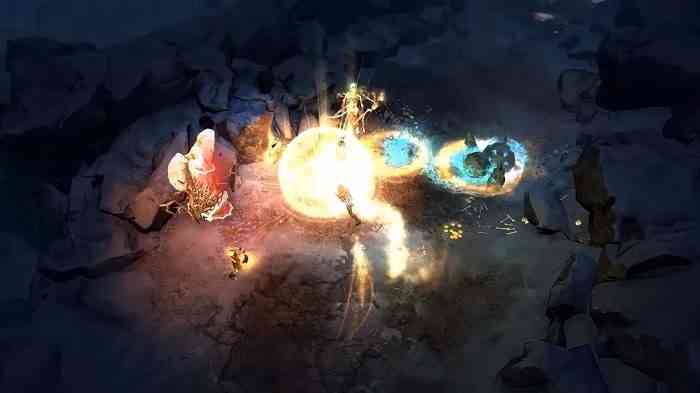 Overall, Victor Vran: Overkill Edition is a slept-on gem that needs some attention. If you’re not a fan of the top-down ARPG, okay, maybe this isn’t for you. However, if you do love this style or are even interested, this is definitely worth your time. The controls are a bit hard to get used to and the game can be a bit of a grind, but Vran is a game that you can easily lose an absolute ton of hours to if you’re not careful. It makes it even easier when the soothing voice of Doug Cockle eases you through the missions and delivers some solid one-liners along the way. Victor Vran is well worth the investment and stands proudly in my library as it should in yours! 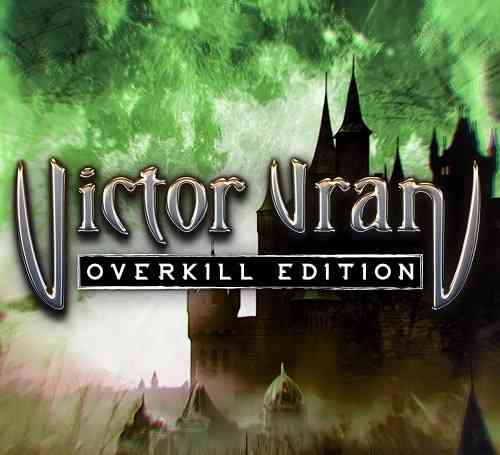 Victor Vran Gets An “Overkill Edition” For Xbox One, PS4 and PC; New Trailer Included

Step Aside Diablo, “Victor Vran” Coming to PS4 and Xbox One in 2017