AereA Review – New Meaning to Music As a Weapon

When you think of dungeon crawling RPG’s with clever puzzle elements, you probably imagine powerful knights clad in dark, spiky armor, wielding impossibly large weapons to tear down those who might stand in your way. You probably wouldn’t think of brightly colored and lovable characters in a world inspired entirely by music, but that is exactly what you get with AereA, and it’s an experience you will not regret.

Developed by Triangle Studios, AereA puts a fun and intriguing spin on the dungeon crawler-RPG style, making the entire game about music. As students of the Great Maestro Guido, players are tasked with locating and returning the nine primordial instruments to restore balance and peace to the land of Aezir. The game is positively teeming with musical influences in everything from the currency to the MP system, and of course, most notably, the characters themselves to choose from.

As students of the Great Maestro Guido, each of the four playable characters is one of a classic combat style with a musical twist: Wolff is an archer who can use his harp as a bow; Jules plays the lute, but can also use it to shoot magical spells. Claude wields two trumpets to shoot his opponents as a gunner, and last but not least, Jacques plays the cello, using it instead as a shield with the bow as a sword. These look fantastic in game and are truly inspired, taking the phrase “music as a weapon” very literally. New abilities and skills are unlocked through discovering sheet music through the various replayable worlds, however, out of the gate it is only Jacques who feels truly unique in combat.

“AereA puts a fun and intriguing spin on the dungeon crawler-RPG style, making the entire game about music.”

Jacques default primary is to swing his sword and his secondary is to block with his shield. He is the only close range fighter but the controls work nicely for him. The other three proved to be a little clunkier when first playing with them. Each of their secondary attacks is a close range AOE attack to clear away any enemies who get too close, however, because they rely heavily on ranged attacks and the controls are less than ideal for aiming at a distance, I found any attacks at a close or occasionally medium range would go clear over the enemy and miss. As their abilities unlock they become much more effective but in the early portion of the game it’s a bit disappointing to see Jacques stand out so much and have the other three essentially be duplicates.

The game is intended to be best experienced with friends, offering up to four players online or local co-op with each player controlling one of the students in your quest to explore, level up, and discover the primordial instruments. Even the bosses players will face are inspired by and based around specific instruments, making this game something extra special for musicians that will clearly pick up far more musical inspirations than I. Playing as a team of four is much more satisfying and gleefully chaotic than running about the stage solo. 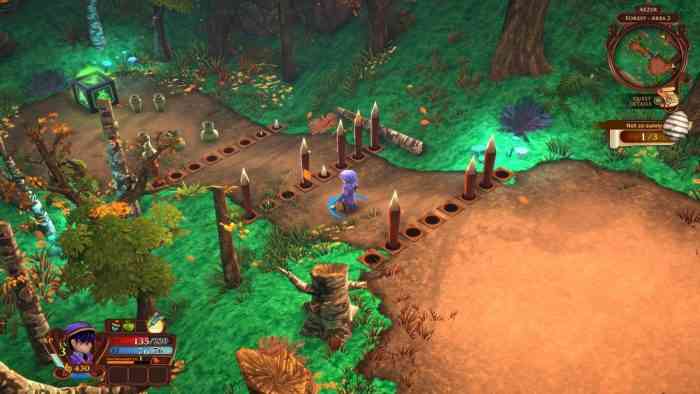 Of course, what good is a game that focuses on music if the game itself has a lackluster soundtrack? AereA absolutely excels at with its soundtrack and it is a delight to listen to no matter where you are in the game or what is going on. The tone is often adventurous and inspiring; it’s crisp and masterfully composed. Steam is currently selling AereA’s soundtrack for about the price of an actual CD and truth be told, it’s going to be worth the money if you enjoy this lovable and slightly campy style of game.

AereA is a family-friendly adventure that bursts with colorful characters and exuberant music. The inspiration of music throughout the game is a wonderfully unique touch and adds on an adorable pinch of character to an otherwise already pleasant game. The RPG and dungeon crawling elements are great, with some truly fun puzzles to overcome as you traverse through various lands in search of the primordial instruments. While the playable characters are all uniquely designed and interesting, the combat mechanics and controls for the three ranged characters fall flat and take the wind out of having an all around exemplary experience. 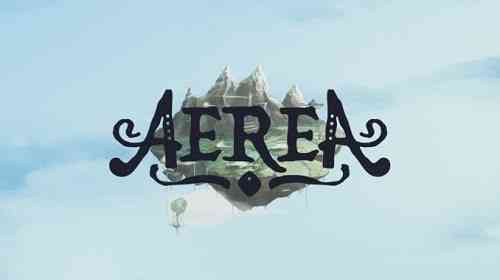 Star Renegades Could Become a New Indie Classic
Next Victor Vran: Overkill Edition Review – A Slashing Good Time
Previous Guardians of the Galaxy: A Telltale Series Episode 2 Review – Journey Into the Depths of the Galaxy