Developed by Mercury Game Studio, Tyrant’s Blessing is a tactical turn-based strategy game that features some puzzle elements as well. The inspirations are obvious, but Tyrant’s Blessing stands out enough that the influences are surface-level. Bite-sized games are always appreciated, and Tyrant’s Blessing does a good job both with individual levels and run-to-run gameplay. As a Steam Deck “Verified” game, I am also able to confirm that the game runs just fine on the portable device.

The narrative in Tyrant’s Blessing is focused on the Tyrant having taken over Tyberia, turning it into an undead paradise free of war, suffering, and death. It is now up to some warriors to fight back and take back their realm. Overall, the narrative and driving force of the game is quite generic. The various characters may be somewhat interesting in their own ways, but ultimately even the interactions between one another are relatively bland. As a tactical strategy game though, Tyrant’s Blessing doesn’t require an intricate narrative to be a fun game still.

The primary gameplay loop of Tyrant’s Blessing involves combat. Enemies will first telegraph their attacks, and then players will be provided the opportunity to act before the enemies’ actions take effect. In these scenarios, the player typically wins the battles by defeating all the enemies and/or fulfilling side objectives. A player’s moves are usually focused on either defeating enemies or avoiding damage. On the other hand, the player loses when even a single party member falls in combat. It sounds punishing, but there are mechanics in place that keep the game balanced. Earlier portions of runs are typically quite simple, to the point that they become a bit of a nuisance.

While the gameplay loop sounds familiar, Tyrant’s Blessing gives players a party of four heroes and a pet. Though limited, this number gradually increases over time and with progress. Finding the right combination (or best combination) for your playstyle is perhaps the most fun part of the game. As the number of characters at your disposal increases, so too does the enjoyment of the game. While progression (aside from character unlocks) does not carry over from run to run, you are still able to upgrade the characters during a run, whether it be statistics or skills.

While Tyrant’s Blessing is a fun game, the appeal doesn’t last as long as a run-based game should. The early part of each run is pretty identical, along with the enemies. The gameplay itself is also fun, and there are features and gameplay elements that distinguish it from other similar games. Lastly, the different setting compared to its closest inspiration is a nice change of pace. 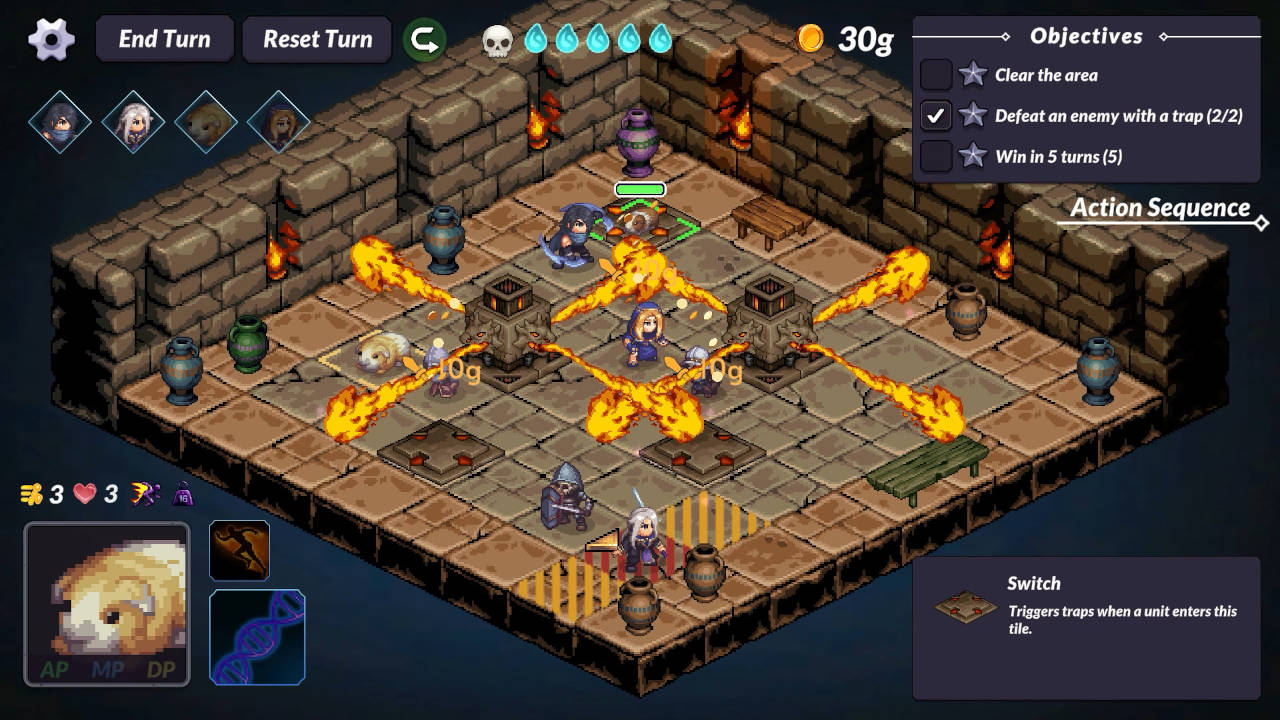 The aesthetics of the game is about on par for an indie title, and you can take that as you will. The various hand-drawn elements are relatively standard for a fantasy aesthetic. Although the art in the campsite between battles feels a bit inconsistent, this is not an issue during combat. In fact, the art within the combat environments is actually quite nice overall. Although well done overall, it still has the “indie” vibe for better or worse.

Tyrant’s Blessing is a bit of a blessing in disguise. On the surface, the game feels like a copy of another popular title, just in a different setting. As you play through the game though, the differences become apparent and Tyrant’s Blessing soon finds its own niche. However, there is a sweet spot for this game between learning the game and becoming too familiar with it. Overall, its gameplay will keep players coming back for as long as they can stand it.


Build On the Back of Giants in The Wandering Village

Against The Storm Braces With the Launch of Cursed Battlefield Update

Ready or Not’s Latest Blog Shows Off An Upcoming Level
Next Saints Row Review – A Kinder, Gentler Kick to the Groin
Previous Way of the Hunter Review – Misses the Mark