Way of the Hunter Review

Way of the Hunter advertises itself as an authentic hunting experience. This isn’t necessarily a good thing. When it comes to hunting games, your first thought is probably to picture a Cabela’s Big Game Hunter arcade box with the rifles you point and shoot. Or Cabela’s Big Game Hunter for PS2. Or Duck Hunt, depending on your age group. In comes Way of the Hunter, a hunting game with RPG elements and a vast, gorgeous map to explore and take down big game. There’s plenty of game, equipment, and firearms to go hunting with. However, the excruciating time consumption coupled with dodgy mechanics makes Way of the Hunter a mixed bag at best.

The game’s storyline starts with you taking over your grandfather’s ranch, which is surrounded by vast lands of wildlife. The aim of the game is to teach about ethical hunting practices. And to give you the real-life experience of hunting a wide gamut of animals. There are rewards and light RPG elements that go with your use of weapons, the game you bag, and how much exploring you do.

You can carry out objectives to progress the story or explore new areas and find bigger and badder animals. Or you can decide to just do whatever you’d like. You can even hop in the Jeep and go driving the terrain for an hour if you’re so inclined. Or you can stop, hike into the woods, and bag a fox if you’re lucky. Unfortunately for anyone looking to use video games as an escape, this is about as close to real-life hunting as you can possibly get.

There’s Such a Thing as Too Authentic

Whenever I’ve been asked to go hunting, I’ve always asked myself a question. “How much do I want to hike for hours, sit and wait for twice as long in hopes of seeing an animal? And, in the best case scenario, hit said animal and then drag it out of the woods?” The answer is always, “Not at all.” With that in mind, I’m not exactly ecstatic to do all of that but in a virtual realm. It’s like playing a game about doing chores around the house to distract yourself from doing actual chores.

Way of the Hunter has you tracking down, let’s say deer. Your ‘Hunter Sense’ allows you to examine the environment and find the best places to hunt deer. The game is very realistic in its animal behavior patterns. So you can go to the lodge and sleep until it’s time to go get the deer. You spot the animal and decide to sneak up on the herd. Well, you’ve moved while within 150 meters of the game, so they’ve been spooked. Now they’e running away for the day. This happens every time and with every animal.

I once army crawled at the rate of one movement a minute at a range of 200 meters. I crawled for, real-time, nearly 12 minutes. While I was about 90 meters away, I lay still to scope out which deer I would take down. I switched from my binoculars to my gun and they got spooked and ran. The alternative is to show up much earlier than the game is expected in the area and hide. Then you lay down and don’t move, hoping the animal will wander into your trap. I took a book out to pass the time while waiting (just like real hunting!).

Way of the Hunter Goes the Wrong Way

The game clock is set so that 5 minutes real time is 15 minutes game time. Eventually, some of the game will wander over where you lie in wait. Want to bring your gun up to aim? Well, now they’ve heard you and they’ve run away for the day. 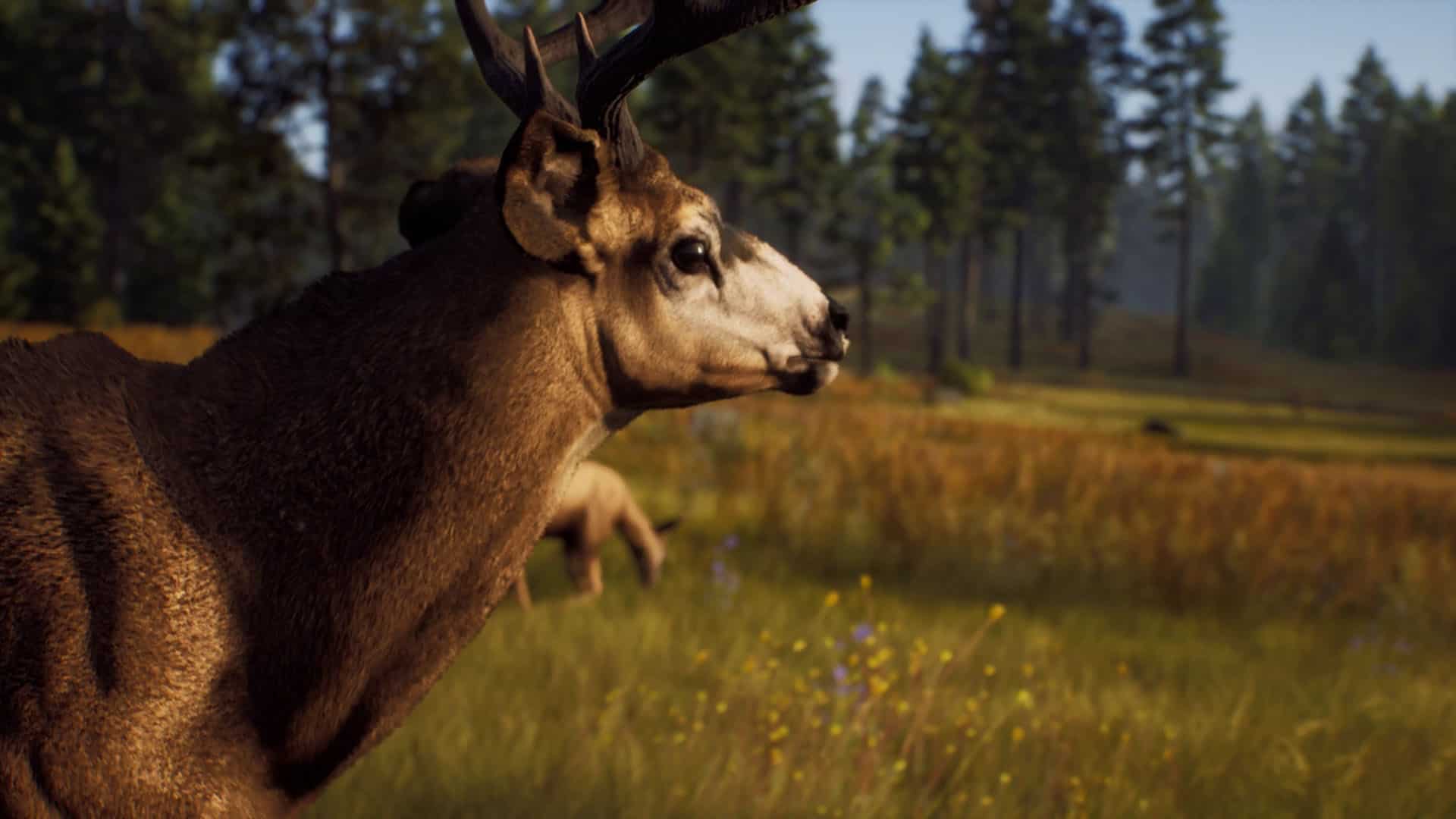 Here’s the other part of the game that is just the cherry on top. The realism of the game is very well done… in the sense that if I decide I’m going to shoot any of the pheasants–who scream bloody murder and alert everything around you if you dare step near them with a rifle of too high a caliber–you basically obliterate the thing. The game shows you exactly where your shots go and how good you are at hitting the organs because, again, they’re trying to teach ethical hunting. It also teaches you the best way to take down larger game, AKA shooting it in its organs.

I’ve already talked about the deer, so let’s use a different example. I was hunting for a wolf and when I decided to take a shot, I shot it in its face. It barely flinched. I went to track it with my hunter’s sense and, based on the blood on the ground, I had barely grazed the thing. The shooting mechanics are meant to be hyper-realistic. However, they seem to indicate that the animals in this world have bulletproof skin. That, or I brought a Nerf gun to try to hunt with.

Way of the Hunter has aimed to create a realistic teaching tool about hunting and all the complicated steps that go into finding game, equipping yourself properly, and hunting wildlife. Or they were trying to create a fun hunting game. Sadly, they did not accomplish both. I was initially enamored with the game and the expansive world. I enjoyed the way they had you hunt and the lessons and tidbits of information contained within the tutorials. But I was very quickly disenfranchised with the shoddy mechanics and the needlessly difficult gameplay. Especially trying to get within shooting range of animals with better hearing than Superman.

There are people who will enjoy the dedication to making Way of the Hunter an ultra-realistic hunting simulation. Though I fear those people will instead be spending their days actually hunting. If you play video games to get some immersive feel and still have fun doing that thing you wouldn’t normally do in real life, you might not be as appreciative of the dedication to realism. While I fell into the latter camp, I know there are certainly people in the former camp. You’ll have to decide for yourself if Way of the Hunter is for you. 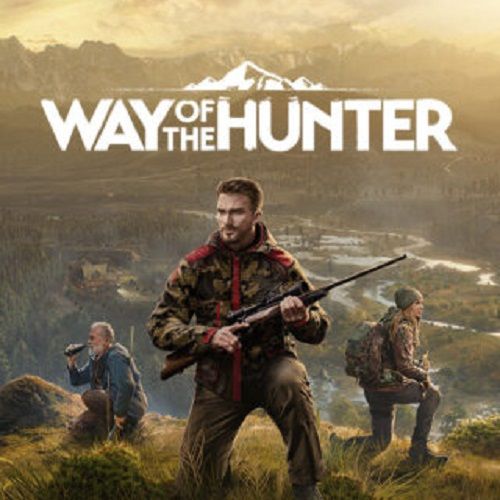