Trailblazers Review – Painting the Galaxy One Track at a Time

There is seldom a new spin on racing games that can help me distinguish one franchise from the next. Enter Trailblazers, a new racing title with a sci-fi spin, popping set pieces, and Splatoon-like mechanics. The concept sold me, but the trail blazed my enthusiasm for only a little while. Here’s our review of the new racer by Rising Star Games.

The single-player story of Trailblazers puts you in the driver’s seat of the Jitterbug, car of Jetstream who is a rookie in the intergalactic racing scene. The first chapter behind the wheel is dedicated to tutorials: painting the road, boosting, etc., after which you become acquainted with more characters and the universe. It’s a slow burn, storywise, but the narrative does a decent job of keeping you engaged by introducing an interspecies roster of drivers, as well as the lore behind the races. The novelty of a new world of racing wears thin rather quickly. Once you skip the vicarious fish-out-of-water moments that come through following the newbie Jetstream, the linear story becomes more like required reading—background noise to the racing. Unfortunately, unless you have the hardware and partners for split-screen, the story is one of the few things the game currently has going for it on the PlayStation 4.

For single-player, you can choose between the story or a custom game. Custom games facilitate as many as four players for split-screen co-op. Otherwise, you’re selecting the mode, the map, the direction, and then hitting the trail solo. There is a total of five modes for Custom Race: Team Racing, Time Trial, Partner Battle, All vs All, and Gate Chase. Each is fun and unique, especially if you’re playing with other people. Each alters the racing dynamic enough to refresh the experience you had last time; and there are a total of ten maps, which can also be found in the campaign. 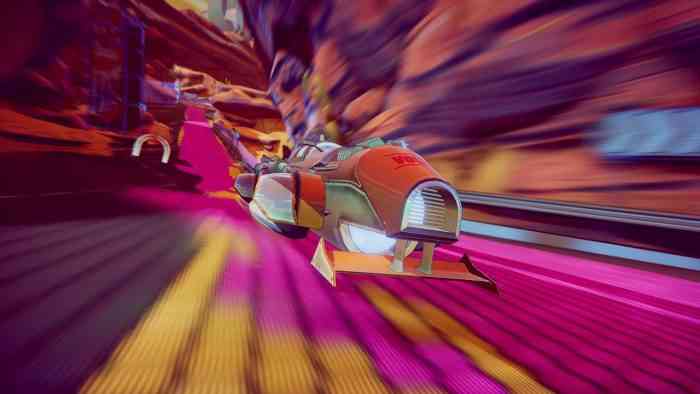 Trailblazers is defined by its signature feature, paint: trails that boost speed and grant points toward varied objectives. Players may paint their own paths for advantages, and painting can be methodical. Each player and/or team corresponds to a color, what amounts to a battle of the brushes. You may color a path for your partners behind you or fire a trail that disrupts rival vehicles. Simultaneously, a player may paint over a competitor’s trail to reduce their momentum. In sum, the painting feature solicits some brainpower and encourages team coordination. By coercing strategy on the part of the driver, Trailblazers adds a meaningful layer of complexity and fun factor to the genre, which is a credit to the developer. Racing controls do suffer from a few hiccups, however.

My racing session became erratic whenever a collision was involved. It didn’t happen too often, playing with AI, but it happened easily. Crashing into a vehicle, I noticed my own vehicle magnetize. More than once, after rear-ending a competitor, the car spun and took me along with it. It’s a bizarre stipulation where the smallest bump can lead players completely off-track and make it impossible to steer in a straight line, or in the same direction. The same applies to railings; vehicles just magnetize to road rails if they’re accelerating, and it’s a bitter struggle to break free, even when the collision is soft (depending on your vehicle). This is made worse by the fact that a crash against the rails erases the points you earn toward objectives. These control issues are minor but jarring nonetheless. 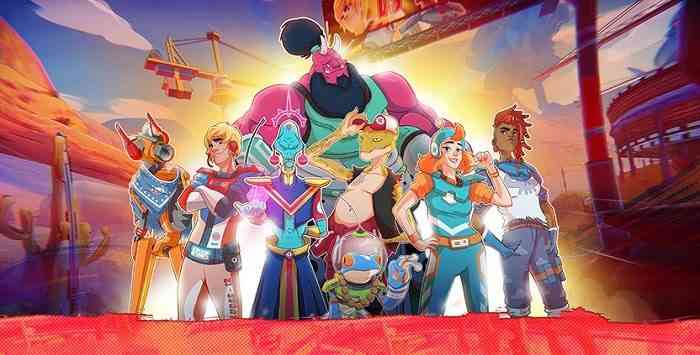 Since I spent all my time in single-player, I gained a good grasp of the AI. They made for stiff competition, and that’s because they rarely made mistakes. As a matter of fact, AI apparently has a built-in knowledge of shortcuts, which made so many campaign trials unfair the first time. Furthermore, their lack of mistakes and their clean steering around difficult corners rarely left any possibility of catching up. Not unmanageable without practice, but the AI did make me hunger for some friendly competition against human players. Frustratingly, the online mode was barren—assuming it wasn’t broken. I couldn’t find a single online match, despite waiting a few days post-launch. Online accessibility could have greatly compensated for the monotonous racing. At least then I’d be able to test the games unique mechanics and drum up some interesting strategies in a live environment… but no.  The experience felt limited after the first three hours, and I found no desire to keep playing after the story ended. Winning becomes its own reward, a few hours in, and there are no unlockables and no customization opportunities that could massage my attention span. To keep motivated, you’ll want somebody to play with; the game definitely seems geared towards couples, collectives, and families.

Alongside someone else, you can appreciate Trailblazers’ unique aesthetic and graphics. The game is easy to look at, thanks to the eye-popping art style. Clear attention is given to the expertly crafted maps and their magnificent set-pieces—a style mildly reminiscent of the Borderlands series, but with more color for admiration even at a high velocity. One might say the art style is complemented by the music, upbeat and magnetic (not like the collisions, thankfully). Both the music and art meld perfectly with this type of pick-up and play experience where every race brings a catchy tune; they make for redeeming qualities. Presentation-wise, Supergonk has a lot to offer. Gameplay-wise, Trailblazers kicks off on all cylinders in a wonderful first impression. However, it drags on its way to the finish line, which is why a driver might prefer some company to keep them entertained along the way. 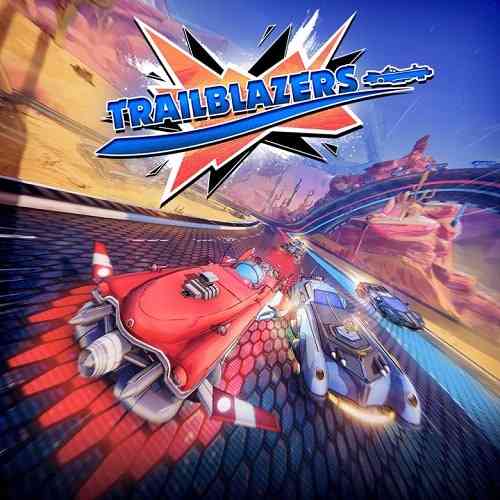