Artists have a fascination with violence in entertainment, whether it’s over the top and visceral, or the understated and disturbing; but let’s be honest with ourselves for a second. When it comes to first person shooters, the most popular ones are not portraying violence in the latter. Be it Halo, Gears of War, or Call of Duty, violence is not depicted with the kind of pacing or tension that a film such as The Hurt Locker aims for.

That’s what used to stand out about Redstorm Entertainment’s Rainbow Six. The original game does not indulge in buckets of blood, fully automatic weapons, exploding heads, or earth shaking explosions. The original Rainbow Six was one of a few games that forced the player to both fear and respect violence, it was not something they could ignore, neither was it something to revel in, if you did either, you failed.

This is in stark contrast to the last games we’ve seen in this franchise since 2008, with Rainbow Six: Vegas 1 & 2. These game’s featured a seamless cover system, regenerating health, and an action movie backdrop complete with hysterical screaming terrorists. Don’t take this as a negative, Rainbow Six: Vegas was my introduction to the Tom Clancy brand, and I have a fond nostalgia for those games, but upon replaying the original game from 1998, it’s clear to me that Rainbow Six was in the middle of an identity crisis. It began to deviate into the exact type of game that Redstorm’s designers wanted to avoid.

This uncertainty of what the Tom Clancy and Rainbow Six brands meant to Ubisoft, is just one of the missteps that lead to the failed development of Rainbow Six: Patriots. Finding itself in a similar place to where Splinter Cell was back in 2007, Ubisoft decided to scrap Patriot’s controversial and dark storyline for Rainbow Six: Siege’s dedicated focus to intense close quarter’s multiplayer combat.

Multiplayer is the key word for this game, because you will gain nothing from Siege if you are looking for a single player experience. Terrorist Hunt may feature an offline Lone Wolf mode in the future, and the game’s “Situations” comprise of ten single player missions, but that is literally all there is. Situations are polished tutorials where the game will demonstrate certain mechanics, with you needing to complete an objective against AI opponents. Judging these missions as tutorials, they are actually very strong. Each one teaches something new, lets you experiment with multiple operators, and rather than forcing the player to press their way through explicit instructions, it plays an intro cinematic, and leaves you to your own devices.

“At launch, Siege features ten multiplayer maps and twenty unique operators. Each of these operators has a special quality that makes them ideal for certain scenarios, but this is when the game begins to reveal its depth.”

Levels in these situations are adjusted to not have as many options available to the player as in the full multiplayer game, but at no point does it stop you or take control away from you in order to make its point. The designers understand that mechanics are much easier to memorize through direct use instead of making the player read text, which is a good thing, because there are a lot of things to memorize.

At launch, Siege features ten multiplayer maps and twenty unique operators. Each of these operators has a special quality that makes them ideal for certain scenarios, but this is when the game begins to reveal its depth. For example, Kapkan is a Russian Defender, his ability is to place laser tripwire explosives on windows and doors. For balancing purposes, they are very visible to the enemy, as long as they are paying attention to each entrance. This means that if you want to eliminate enemies with these charges, you’ve got to try and get in their heads. Instead of hiding the lasers behind barricaded doors, you can leave them visible, encouraging the enemy to proceed down another path that you will lay in wait for. You can place wires that slow them down in one path, and your explosive trap down another that appears to be quicker for the enemy.

This mental game is something that seeps its way into every round of Siege regardless of the operator or map, from the planning phase to the final ten seconds. Its 5v5 structure is key to this. Because each team has so few players, and no respawns, it immediately puts the pressure on every operator to perform well. Every death in this game is significant, death means less vantage points, less fire power, less Intel, and one less ability that could end up being very crucial to your success. 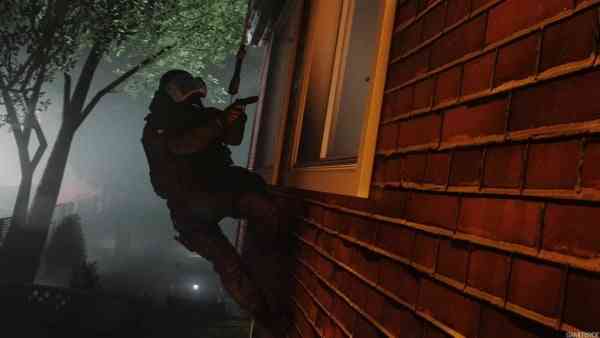 Anything can happen at any second, no matter the circumstances. A team that’s down by three points in Ranked Matches can still comeback, a single player can kill five opponents, a defensive plan that you meticulously crafted can be utterly destroyed in seconds.

That tension is something I’ve missed from modern shooters. After Planetside 2 was released and publicly humiliated any shooter bragging about playercounts, I hoped that it would encourage developers to go back to experimenting with smaller, tighter, more focused designs. That’s been happening in the Indie genre with games out of necessity, but Rainbow Six: Siege is the first Triple A game I’ve experienced to take this approach.

Probably the biggest example of something that Siege does that an Indie studio simply does not have the budget for, is the destructibility. Battlefield is the franchise that popularized this mechanic in shooters, but since Bad Company 2, and failing to impress people with Battlefield 3’s micro-destruction effects, we’ve seen it be used more for spectacle than an actual mechanic.

“Probably the biggest example of something that Siege does that an Indie studio simply does not have the budget for, is the destructibility.”

Siege takes that consistent and fine-tuned destruction from Bad Company 2, while successfully combining it with micro-destruction on small maps. Every weapon can damage destructible walls and floors, and the game is very consistent about what you can and can’t destroy, which allows players to properly use the destruction as a strategic tool.

Defenders can reinforce walls to force the enemy down a path, but the attacker Thermite is capable of breaching these, not allowing the defenders to forget about them. It’s this depth and strategy that mitigates the relatively small number of maps. There’s also no level in this game that I would classify as “bad”, which is very rare in a multiplayer focused title, it’s expected for them to have a couple duds.

Thankfully, all of the important post-release content will be released for free, without the need for a season pass and not dividing up the community, a trend that I’m glad to see is spreading. I’m certain that this lack of paid DLC maps is what has led Ubisoft to implementing micro-transactions for certain skins, and boosters. Thankfully, the micro-transactions are not required to enjoy the game. The progression doesn’t feel like a grind, at level 25, I already have nearly every Operator unlocked, and the game gives you plenty of renown (the game’s currency) through challenges in the Situations. 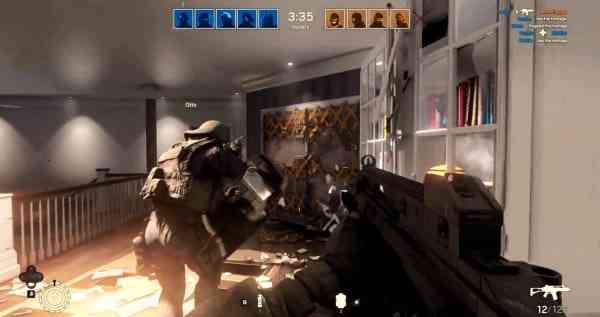 So what’s wrong with this game? Unfortunately, quite a lot. First off, it’s an Ubisoft game, which entails annoying bugs, poor optimization, console porting, and Uplay bullshit. Bugs, at least on the PC version, are apparent. From small but annoying ones such as resetting your microphone to always on, to game breaking crashes and freezing your character in place. Thankfully, the crashes have only happened to me once or twice, but it’s certainly infuriating while you’re in the middle of a ranked match.

Optimization is much better than previous Ubisoft games, but that’s really not something to be proud of. Considering the size of the maps, and the small number of players and NPC’s in Terrorist Hunt populating them, the game really should run smoother than it does on lower end machines. For higher end PC’s, there are lot of options for people to adjust, which is refreshing.

Siege is by no means a bad game on PC to control, the mouse and keyboard is my preferred way of playing the game, but it’s evident with the movement system and the timing of animations that the game was designed primarily for consoles. Sadly, Uplay hasn’t made the slow but admitted improvement of the previous tropes. Uplay is still just as bad as it ever was. Frequently causing in-game errors and connection issues, sometimes it’ll even change my NAT Type, forcing me to restart my router in order to connect to friends, which is pathetic. 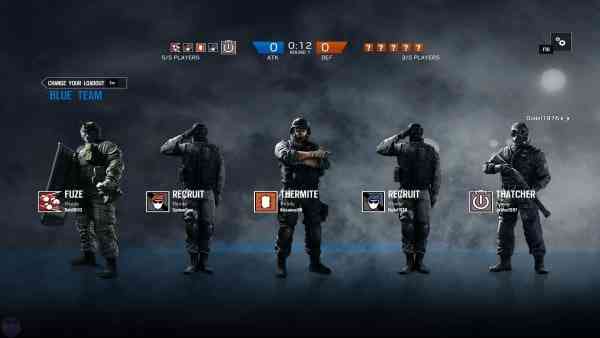 Custom games are also a huge disappointment, with a strong lack of options and the inability to create private Terrorist Hunt games with friends, forcing you to go into the predetermined playlist that selects the game mode and map for you. Baffling design decisions like these are also prevalent in the upgrades. Operators will often share weapons amongst each other. For instance, Castle and Pulse are both SWAT defenders, and as a result, both use the M1014 Shotgun, and UMP-45 Sub-Machine Gun. And yet, if you deck out the weapons with scopes and other attachments, these do not carry over to the other class, where you’re forced to spend another 70-500 renown) on the same upgrades.

Then there’s the netcode, it sucks. As irritating as everything else is, the poor hit-registration is probably the greatest flaw. It’s not rare to be killed behind solid cover, headshots to go undetected, and to watch your enemy paint the walls with their lost blood, only to see they still have full health. I’m not sure who or what is to blame for this problem, but in a game where intense situations are frequent, it’s infuriating to feel like you lost when you know for a fact that you shouldn’t have. I think what it makes these flaws even more frustrating is that for the most part, the game avoids that. Nearly every lost round in Siege is deserved, and in turn, so is every victory.

It’s this quality that makes the game so addicting, and will keep you playing round after round, long after you should’ve gone to sleep. I’ve had matches in this game that left me with shaking hands and a pumping heart, every 1v1 dual ends with both players exhaling their long held breath.

Be warned that while I am an avid supporter of this game, I’m aware it’s not for everyone. Tom Clancy’s Rainbow Six: Siege is a stressful and downright punishing game, it takes no prisoners, one little mistake or overlook on your part can be the cause of your team’s demise. That kind of experience is not something every gamer desires. But if you’re like me, and you’ve been waiting for squad-based shooter that pushes you and your friends to the edge, demanding your full attention, and rewarding you with victory that is truly earned; grab your buddies and get ready to plan, fortify, and execute! 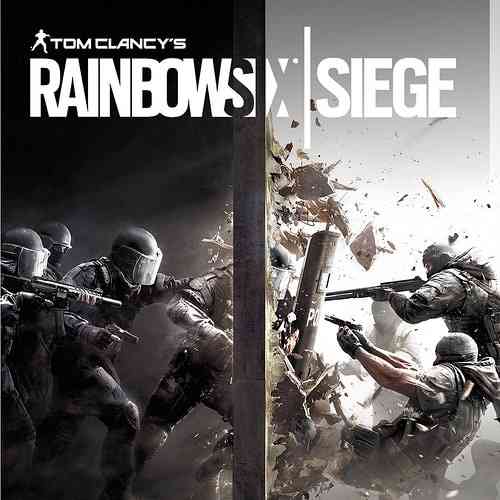