Originally built from a splinter cell of Rainbow Six Siege called Outbreak, Rainbow Six Extraction has launched in all its PvE, online-only, alien-shooting glory. If you’re a fan of squad-based tactical shooters, this might be your jam. If you love Rainbow Six Siege, chances are you’ll enjoy Extraction too. But what about everyone else?

Here’s the setup: a race of parasitic aliens called the Archaeans is wreaking havoc and threatening the planet. You’re part of REACT, which stands for Rainbow Exogenous Analysis and Containment Team. REACT travels to several alien-infested zones — New York, San Francisco, Alaska and New Mexico, where it all began in Siege. You gather intel, extract samples, blow stuff up and of course fight the various species of Archaeans.

There’s no single player campaign at launch. There’s an opening cinematic and a brief bit of ham-fisted exposition, and then it’s off to the races. And by races, we mean killing aliens.

Extraction is an organizational chart come to life. Each big area has three Active Containment Zones. For example, New York’s three zones include a high-end hotel, Liberty Island, and a Police Station. Playing alone or as part of a three person squad, you take on a mission, called an Incursion. Each Incursion has three parts, of increasing challenge. There are 13 possible sub-mission types, procedurally generated. They include tasks like gathering samples, placing charges or capturing alien soldiers. When you finish a segment, you can extract or move on to the next mission. The risk/reward comes from pushing on and chancing the loss of your Operator, but gaining lots more XP.

You select your character from a roster of 18 Operators (12 at launch), including many favorites from Siege. Each operator comes with a back story, plus special weapons, gadgets and abilities. You pick your load out based on your tier. If your operator or squad is downed by the aliens, you start the Incursion over. One of your sub-missions then becomes a rescue of the fallen operators, now encased in foam. If your Operator is extracted with low health, they become inactive until healed. 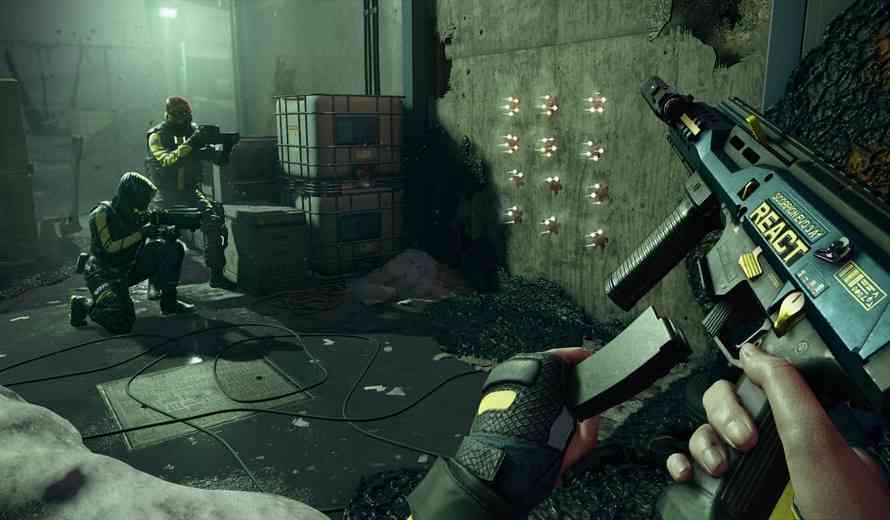 Every mission, even failed ones, gains you at least some XP.

While the game always has at least three last-chance Operators available, the system is particularly challenging for solo players. It’s easy, especially early on, to be at the end of an Incursion with only a few, low level Operators to choose from. Played with a squad, the challenge is picking three complimentary characters. And communicating. According to Ubisoft, three player squads were the limit when it comes to coherent verbal communication.

We mentioned solo players. Yes, Extraction does have a solo mode. The game reduces the number and types of enemies for single players. It’s still quite challenging, thanks to the randomized placement of enemies. Compared to the disaster that Aliens Fireteam Elite was in single player mode, I appreciated Extraction not trying to fill a squad with AI Operators. There are several levels of difficulty, but even the easiest is pretty punishing.

While it didn’t take long for mission types and maps to become familiar, they rarely played out the same way twice. In part, this was due to the procedurally generated enemy placement. Largely, though, the variety came from using different Operators and experimenting with the weapons and gadgets that are unlocked as operators gain levels. Most of the missions felt consistently tense. While Extraction encourages stealth rather than speed, each segment of an Incursion is on a 15 minute timer. That sounds like a lot of time, but if you play cautiously, it goes by quickly, adding to the urgency.

The enemies themselves aren’t incredibly inspired, but they come in a dozen or so varieties. They shoot acid. They blow up. Some of them fire spikes. Most have obvious weak spots to aim for. Even the low level grunts can overwhelm you. Killing enemies turns them into sprawl, a surface-covering slime that slows you down. Players will also encounter cool but deadly Archaean mutations, which include cloaked enemies and armored nests. There’s also Proteans, Archaeans that disguise themselves with human characteristics. 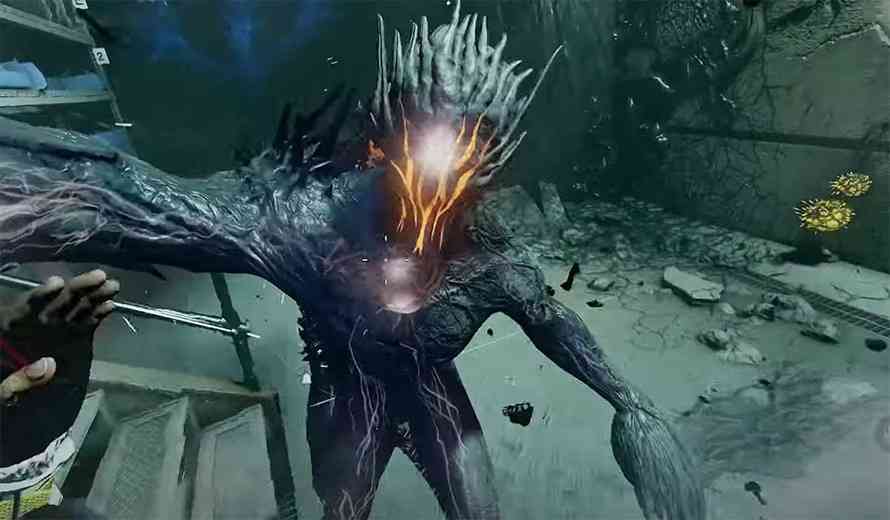 Unlike some Rainbow Six Siege levels, Incursion Zones in Extraction rarely feature much verticality. They aren’t exactly linear, because there are usually a variety of paths to an objective. Most buildings have only a couple floors, and you rarely have to worry about enemies above or below you. Even in the easier section of a mission, ammo, gadget and health pickups are relatively scarce. The gadgets — many of which originated in Siege — work well with the environments and the various enemy types. Knowing where to go was rarely a problem. In general, the UI was unobtrusive and easy to navigate.

Given that Rainbow Six Extraction was built to perform on both recent and current consoles, it’s not surprising that it looks very good, but not spectacular. That said, the PC version includes a pretty deep set of options for maximizing graphics. With everything set to High, my 2080 TI hit a consistent 60 frames per second at 3840 x 2160 resolution. It wouldn’t be a Ubisoft game without bugs or connection and matchmaking issues.

Extraction’s levels seem less like real world locations than sterile but fancy videogame sets, which isn’t necessarily a bad thing. As in Siege, they feature a lot of destructibility and you can use that to your advantage. Need an instant shortcut? Blow a hole in the wall. Like all good shooters, Extraction uses audio effectively, using sound to help pinpoint and identify approaching Archaeans. Weapon sounds and the feel and impact of weapons was surprisingly muted, though.

As well-built as everything was, I simply was never much awed by anything in Extraction. Not the gameplay, design, lighting, music or sound. None of it was bad at all, but it wasn’t very aspirational.

As usual, Ubisoft leans hard into the always online, games as service model. We won’t debate that here. The game is online only, and there is a cash shop selling cosmetic items. It isn’t overly intrusive. There’s essentially only one main gameplay mode, and an endgame called Maelstrom Protocol for high end players, plus some Assignments. Assignments are missions with specific objectives. A horde mode is coming later. It seems a little thin, but then again, Extraction is mid-price game. Happily, all upcoming added content will be free, including new operators, modes and maps. 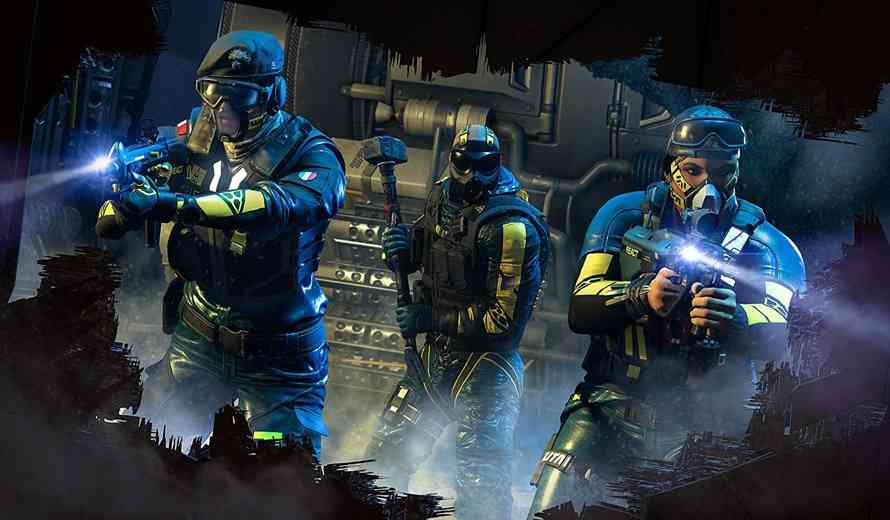 Well Made, But Well…

Tom Clancy’s Rainbow Six Extraction is a thoroughly competent shooter. It’s a good companion piece to, but not replacement for, Siege. Though it’s best when played with a three Operator squad, it’s still functional as a single player game, though pretty challenging and not super rewarding as a solo experience. I enjoyed the mechanics of the Incursion missions, and learning the maps. Though the alien designs lacked originality, fighting them was still engaging. It was a nice break from combat with humans. I wish there was more to the package at launch, like a real campaign and characters to care about, not just avatar Operators to level up. Still, alone or with a couple of friends, Rainbow Six Extraction meets or exceeds the expected amount of fun. I wish it tried to do more. 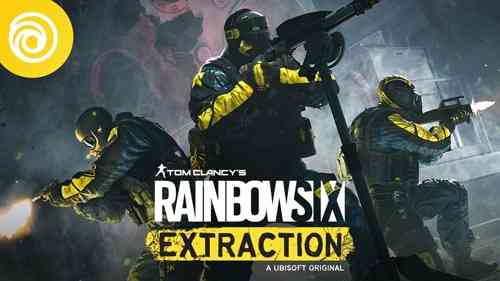 Splitgate Beta Season 1 Is Everything I Hoped It Would Be

Rainbow Six Siege Hires a New Creative Director: Alexander Karpazis
Next Expeditions: Rome Review – Best of the Series
Previous Nobody Saves the World Review – A World Not Worth Saving