I tried to go into Expeditions: Rome without the burden of high expectations. It wouldn’t have mattered either way because Expeditions: Rome is good- very good in fact. It’s an RPG lovers RPG; it knows what gameplay to focus on, where to innovate, and which classic ideas are worth holding on to. Logic Artists have been making historical RPGs since 2013, but Rome is a huge step forward for the studio.

Logic Artists is a studio primarily known for the Expeditions series. This Rome game marks the third installment. I never played their first game, Expeditions: Conquistadors, which received mixed reviews. Plus, role playing as a Conquistador didn’t appeal to me. Their next game, Expeditions: Vikings was much more my speed. Released in 2017, Vikings was a tactical RPG that let you play as a Norseman or woman establishing a colony in England. The writing was pretty good and the tactical combat scratched an itch, but it’s not a game that stuck with me. I haven’t been recommending Expeditions: Vikings to all my friends. 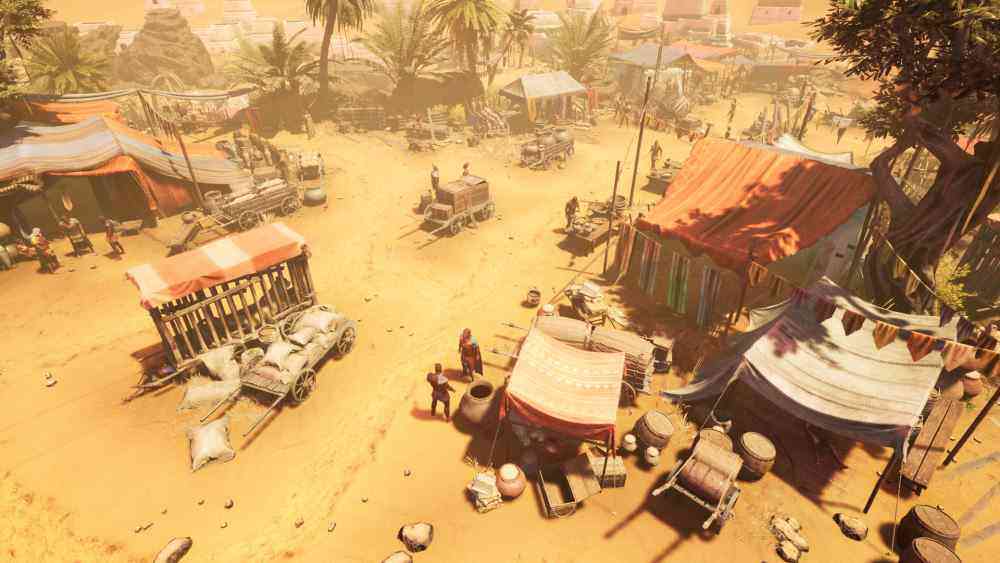 Things are different with Expeditions: Rome. You’re still playing a historical RPG, but the tactical combat has been completely redesigned from the ground up. And gentle patricians? This combat system is fantastic. As someone who plays a lot of these sorts of games, I made a lot of assumptions about how to play. These were proven wrong. My first mistake was positioning an archer behind a shield-bearing tank, my go-to strategy. Didn’t work out. Archers in this game need a clear line of sight, so placing an archer behind an ally just means an arrow in the back of that ally’s head. After a brief moment of shock and frustration, I adjusted and learned how deep the combat system in this game goes. 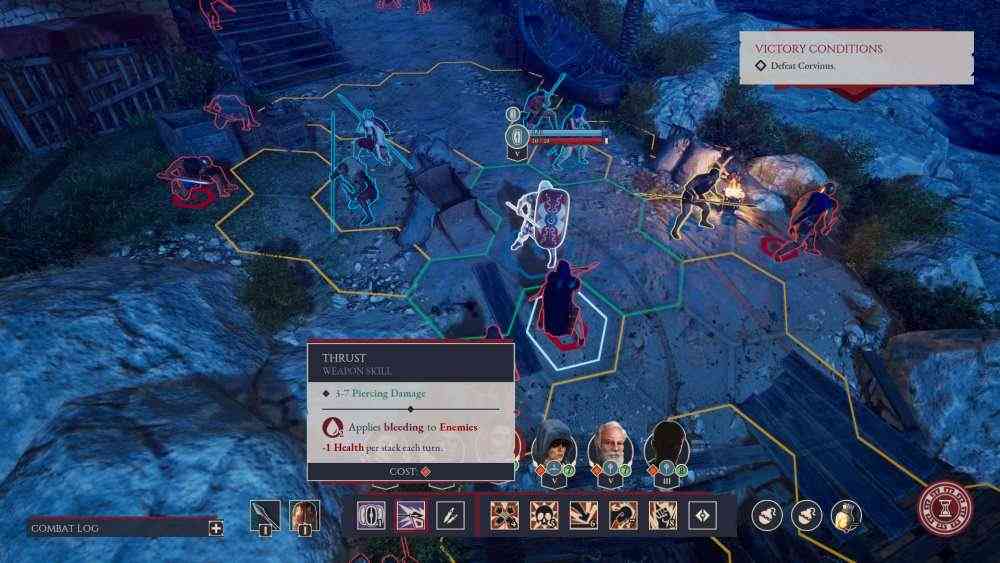 A lot of RPGs carry a lot of baggage. If you are adapting D&D for a computer, you are going to have to bring a lot of rules with you. Expeditions: Rome shows the power in starting from square one. Characters gain moves based on what equipment they are using, which in turn is based on their character class, which also opens up a skill tree. Unlike other games that give you a +3.8% bonus to accuracy when you level up, every choice in Expeditions: Rome feels meaningful. The tactical battles can be pretty tough, and are all designed to force you to make the most of your character abilities. Before long, you’ll learn how to use quick melee attacks to exhaust armored enemies, or you’ll appreciate how long the reach of the quarterstaff attack is. Combat feel fantastic.

Is That You Julius?

All that said, RPG fans aren’t famous for their love of intricate combat systems. No, you’re wondering if the story in Expeditions: Rome is any good? It is. I’m something of a Roman history nerd (having studied it in grad school) and I was constantly delighted with the story’s attention to historical detail. 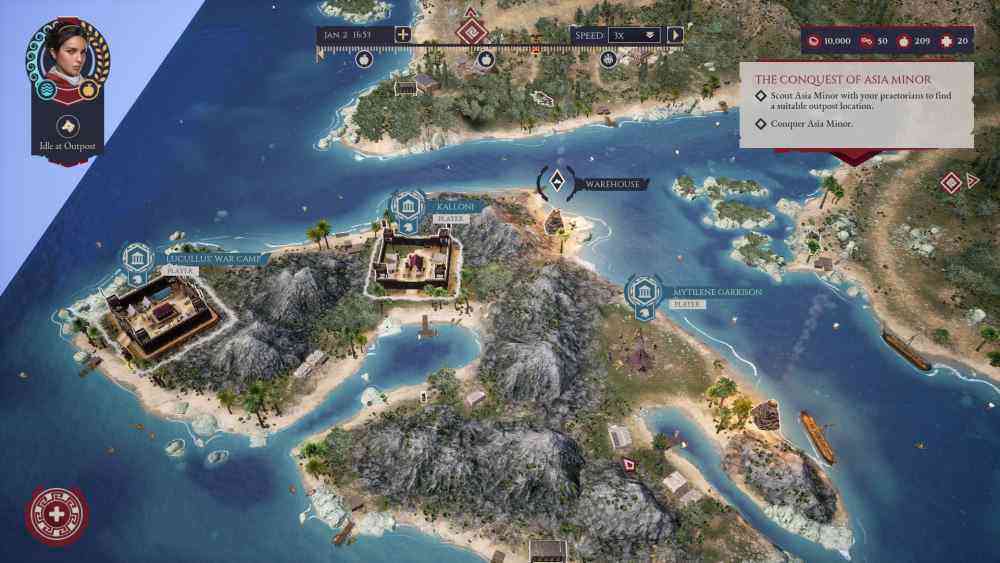 Most historical fiction set in ancient Rome is set around 50 BC, focusing on Julius Caesar’s rise to power and murder on the senate floor. Sometimes you get stories set a little bit later, maybe about Emperor Nero or the fall of the Empire. Not so in this game! The story starts close to 100 BC, decades before Caesar’s ascension. In fact, Gaius Julius is a character in the game, but he’s no more than 16 years old. He’s still years from fame, and the script has a lot of fun playing with that. There are quite a few familiar faces, none of them aware of their eventual fate.

Beyond that, the story does a great job at representing different Romans. You’ve got an old Greek scholar, a famed gladiator, and a number of soldiers from different socioeconomic classes. The dialogue is snappy and more than that, well acted by a full voice cast. You’ll get the chance to grill all your companions for backstory when you set up camp, and you will probably want to do that! Each of these allies boasts a backstory as well realized as any beloved friend from any Bioware RPG. The fact that it’s boxed in by the borders of real history makes it all the more impressive. 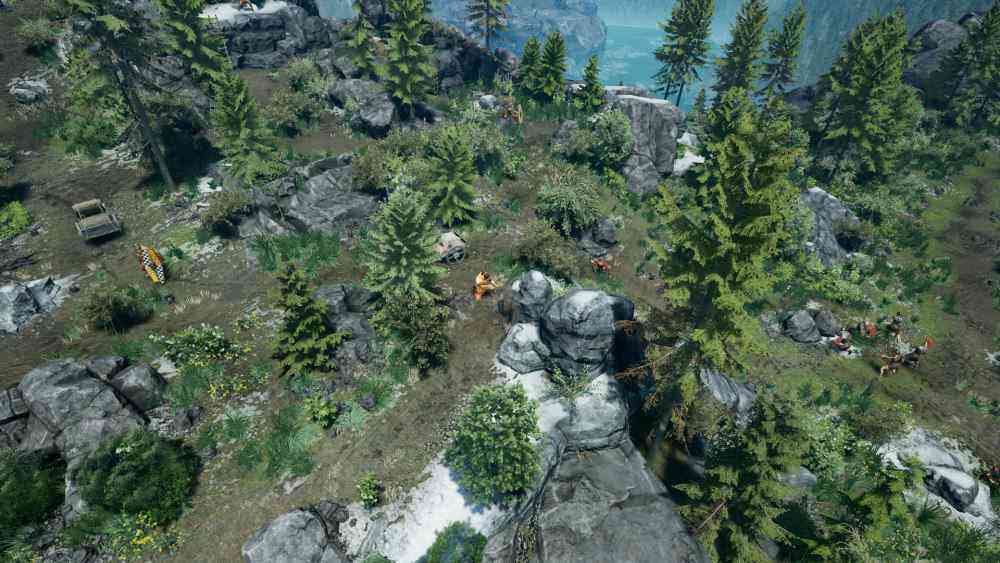 The story won’t be for everyone. This is historical fiction, and it’s asking you to invest in characters who are colonizers, killers, and slavers. In fact, slaves are a resource you will have to manage along with food and water. Those themes never crossed a line for me, but different people have different sensitivities. As a certified Rome nut, I thought Expeditions did a pretty good job at representing multiple historical perspectives. Still though, there’s definitely a tone that glorifies the past, in that specific way you sometimes see in games from European studios (Logic Artists is located in Denmark). This comes with the territory of historical fiction. But as such an underrepresented genre in RPGs, I savored the attempt to grapple with some pretty big questions.

All Roads Led to Here

There’s also a level of polish in Expeditions: Rome that wasn’t present in Vikings. Gone are the cumbersome CRPG menus, replaced here with a streamlined, more console-friendly interface. There’s still a lot of information, but it’s much easier to access. Overall, the graphics are pretty solid too. Someone made the wise decision to lean away from realism, and they settle on a clean cartoon art style that brings to mind Pixar and Blizzard games.

Streamlined is a good word to describe Expeditions: Rome. Instead of jamming it full of every feature under the sun, it’s lean and mean. Maybe you are making fewer choices than you would in the latest Pathfinder game, but every one of those choices is meaningful. That philosophy permeates every level of the game, from the combat systems, to the art design, to the music, and the writing. A lot of thought went into every part of this game. RPG fans should honor that by giving just as much thought back to this game.