The notion of exploring an oversized world has appealed to me since watching films such as ‘Honey, I Shrunk the Kids’. Seeing mundane items from the perspective of a miniature character adds a refreshing twist to the familiar, and it’s here where Tinykin resides. Taking inspiration from Pikmin, you use an army of cute critters to overcome an array of barriers. As entries into the sub-genre are rare, Splashteam looks to ensure this adorable real-time strategy has its own identity but will it succeed?

In a quest to find the origins of humanity, you find yourself stranded on Earth. You must now venture through a 90s household in search of items that you can utilize to mend your spaceship. With the help of your adorable acquaintances, you will scour the environment and solve several conundrums in your quest to return home. Missions vary with subtasks that contribute to the completion of a larger goal. Some will require a particular number of Tinykin to complete, whereas, with others, you may need to make use of their abilities in order to progress. While the narrative is somewhat conventional, it manages to maintain an air of whimsy that permeates throughout.

Smaller quests and collectibles are littered around the environment. Some give an insight into the life of a blue-collar Tinykin and others reward you for the collection of several items. Pollen is also everywhere; if you harvest enough, you can trade them for an additional bubble to float further afield. The inclusion of these encourages exploration and increases how long you’ll ponder through the region.

Areas are open and give you the freedom to investigate and discover. Every nook and cranny gives you optional side quests, additional Tinykin and much more. Due to this, it’s an absolute joy to wander the nostalgia-infused surroundings. Each level is a love letter to the 90s with assets that perfectly communicate the era. From cassettes to CRT monitors, every aspect builds a universe that is full of charm and character. 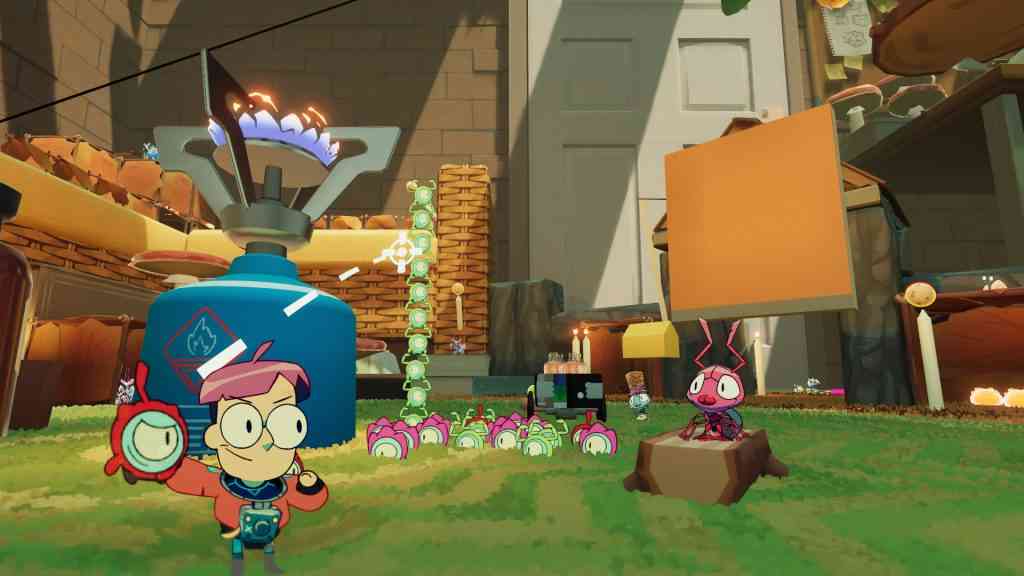 Milo has a variety of tricks up his sleeve that aids traversal. With ease, you can jump and glide across gaps to reach your objective and collect the number of items hidden throughout the stage. Environmental objects create paths that allow you to ascend and survey. These are expertly crafted and make routes feel seamless. In addition to this, you can also slide across the terrain on a soapboard. With this, you can unleash your inner-Tony Hawk and grind across cables and zip through the deceptively large levels.

The stars of the game are the troop at your beck and call. Tinykins have different abilities which are introduced periodically. As the levels progress, so do the designs and the cute creatures flourish. You will use them to destroy items, pick up objects, help you climb to new areas and much more. A highlight is how intuitive the critters are. If you lob enough to move a key item, they will take it to where it needs to be without your constant guidance. Also, the fact that the game automatically selects the right creature for the job means that you can sit back and enjoy being in the world rather than fumbling through sub-menus. 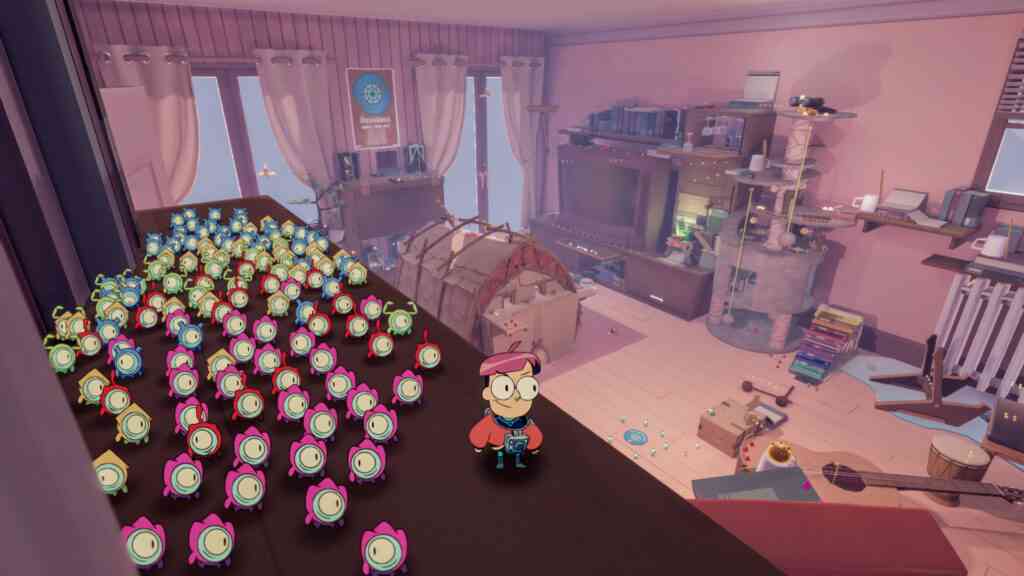 Splashteam manages to combine 2-Dimensional characters in a 3-Dimensional world. While there are other games that employ this style, none has achieved the level of success as Tinykin. The realistic and cartoon design should conflict, however, they complement one another tremendously. The Nicktoons-esque aesthetic of the inhabitants delightfully combines with the retro-fused environment to create memorable and distinct visuals.

Tinykin is a joyous trek through the 90s. Full of charm and wonder, the game manages to add to the foundation laid by Pikmin to build a lovely adventure. Every area has lots to find and do which fleshes out the relatively short runtime. While the game lacks challenge, it makes up for it with a bucket load of character. The simple controls and intuitive design reduces any frustration and allows you to freely command your troop. Due to this, you can’t help but smile during the entirety of the game and will enjoy each second. 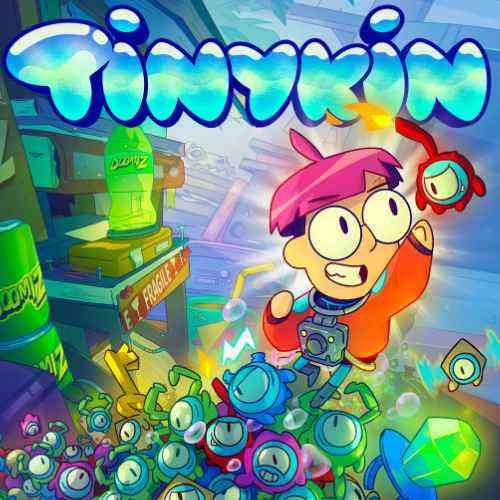 Crossfire: Legion Review – Back to the Old School