The Walking Dead: A New Frontier – Ep 5: From the Gallows Review – Satisfaction Guaranteed

From the Gallows Review

Endings are among the hardest things for a story to do. At least, satisfactorily. Stories unleash a person or team’s creativity, choosing one out of thousands of directions to take. Exploring a multitude of themes, conflicts, and emotions. Asking one or many to bring all of that to a final word, image, or sound, is a challenge that is sure to make even the most talented storyteller occasionally stumble. That’s what I feared for The Walking Dead: A New Frontier – From the Gallows.

Its excellent debut opened the floodgates for possibilities in its characters, relationships, and conflicts. However, its third and fourth entries weren’t nearly as engaging, seemingly falling into the same tropes and traps as AMC’s Television series. Forcing themes and connections that neither fit the story being told, nor reached the heights of the connection built with characters in Seasons 1 or 2. It felt that this Walking Dead season would go down with a whimper.

While this conclusion isn’t a bang, it’s thankfully much better than I expected. No, it does not have the unforgettable sadness of Season 1’s finale, nor the panic and regret of Season 2; it returns to what the debut accomplished, using Zombie tropes and traditions and turning some of them on their head. In this case, the safehaven.

“It has its share of death, heroism, and action, all of which has its predictability and artifice.”

It’s not as simple as our band of heroes leaving a compound behind and finding a new place to use for a majority of the season to save on budget costs until it wraps up. But I’m getting ahead of myself. This finale has lots of tension between characters, leading to encounters that are certainly the easiest to invest yourself in, and choices that alter how the episode plays out beyond which characters show up. It has its share of death, heroism, and action, all of which has its predictability and artifice. Particularly in one of the characters from multiple episodes ago returning just in time to help you out. And others who just so happen to begin doing good things before the script demands their blood.

This is mainly found in From the Gallows’ opening, which has characters seemingly flip flopping on the emotional scale like they did in Episodes 3 and 4, but becomes far more believable and focused at the end, likely due to not having a following episode that needs to account for every player’s outcome. But what’s most refreshing about the New Frontier’s ending is that (at least in my playthrough) it ended with something I haven’t felt in a long time throughout my years laying waste to the undead: hope. 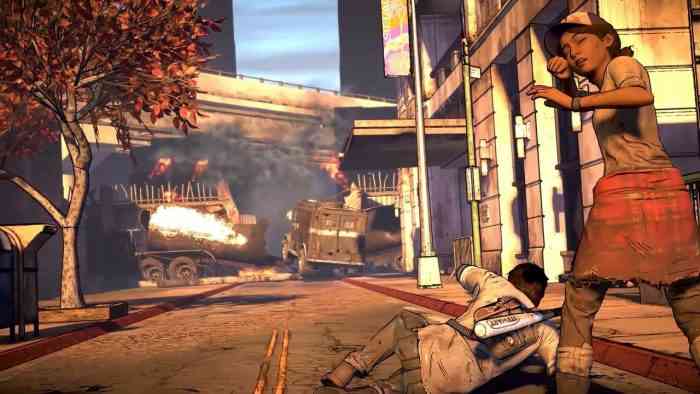 Zombies come from horror and horror is the place to explore humanity’s fears, weaknesses, and atrocious acts. It’s the place where characters dying is what’s likely to happen. But as a result, the genre often becomes more about living up to the genre’s darkness rather than following a story’s direction.

In the Walking Dead, hope often exists to be smashed. As a result, when a potential home is seen, or a positive character arrives, I often roll my eyes and think “yeah, this won’t last.” What’s refreshing about A New Frontier is that its ending doesn’t attempt to recreate the sadness of Season 1 or the despair of Season 2. It instills a sense of purpose and strength.

“There aren’t any puzzles, or notable action scenes.”

Whereas Season 1 had me in tears as Clementine walked away, New Frontier had me smiling when she walked off screen, off to a new adventure somewhere in the land of the undead.

Now, gameplay wise, From the Gallows isn’t anything to write home about. There aren’t any puzzles, or notable action scenes. It does have an absolutely awful navigation section where you have to get by zombies without being detected, covered in guts to not be noticed. Except the detection system and which Zombies kill you and which ones don’t is about as logical as soup sandwich.

There’s still the plethora of technicals. Stiff animations, blurry textures, and awkward transitions, but those go for every episode in this series. 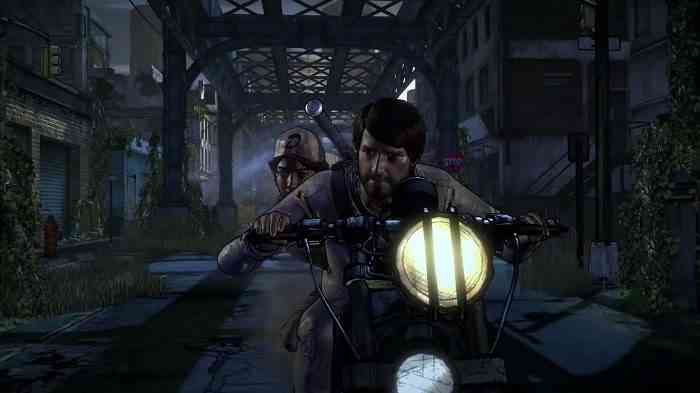 In the end, I’m glad that despite some issues, New Frontier was able to end on a good note. Episode 3 & 4 seemed to be going in a direction that felt like it was just giving up, and following what other people have done with the Walking Dead. But this conclusion proves that Telltale is still in control, and wanting to explore the world of the undead their way, and by their terms. New Frontier overall is a ride worth taking.

Its characters don’t have the consistency of their predecessors, nor the emotional impact of its storytelling. But its low-points aren’t unforgivable, and after all of this, I still want to see what happens next. While the ending had me smiling just from the emotion it brought, it may have also had to do with its final words… 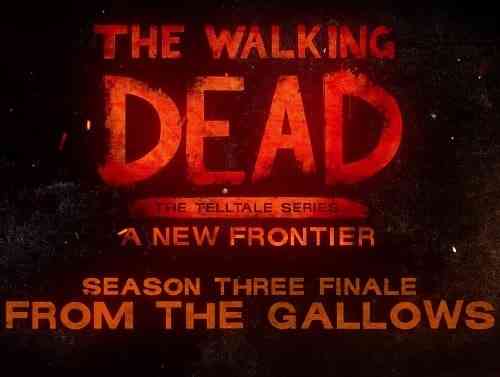 Sam & Max Save The World is Getting Remastered
Next Armed with Wings: Rearmed Review – From Flash to Finished
Previous Block’hood Review – Buggy Builder With Unique Visuals and a Silky Smooth Score