Armed with Wings: Rearmed Review – From Flash to Finished

Armed with Wings: Rearmed has been a long time coming and it’s finally here. Beginning as a flash game many years ago, Sun-Studios has finally published this 2D melee adventure and at a reasonable price. The combat might take a bit of getting used to, and the lack of a jump is off-putting at first, but one thing is clear: it was worth the wait.

You and your eagle companion must journey through Blackmist, cutting down foes and opening paths. It’s a tough journey, and you can’t simply button mash once you get past a certain point. Combat is the biggest part of Rearmed, and it can be a bit difficult to get used to at first. Thankfully it’s a rogue-like, so get ready to die over and over on your journey to save the world while unlocking more weapons and becoming stronger.

Controls are tight once you get used to them, but take practice. You have a guard and a roll, but no jump. Instead, most verticality in levels is dealt with by your eagle. It’s not a terrible decision mechanics-wise, but it feels like something’s missing. When your game looks and almost feels like an action platformer, it might be a better idea to embrace that rather than make sure you stand apart from the competition. Still, once you get further along and everything starts to flow a bit smoother, it does feel good. Combat in particular becomes fluid and incredibly satisfying once you unlock new powers and weapons.

“Armed with Wings is zen-like, and everything flows like water.”

The art style is beautiful, with some nice color variation for those who are not into the black and white aesthetic. There’s not a ton going on in the background, but you’re often too engrossed in the moments ahead to bother looking back. Armed with Wings is zen-like, and everything flows like water. Smoke is animated beautifully and it brings a lot of character to the world. While the silhouettes and animations are gorgeous, the user interface is actually what caught my eye: it’s smooth, responsive, and easy to read. There’s simply nothing to really dislike here. You’d think when the action would ramp up, you’d lose track of where you are, but you don’t.

The soundtrack is good, but jarring and not necessarily the best pick in my opinion. The menu theme is this melodic tune that is incredibly apt, then you get into combat and it ramps up into fast-paced electronica much more suited to a cyberpunk theme. Quality is good, it’s simply out of place. However, muting and going with your own playlist is certainly an option; audio cues don’t seem nearly as important as visual ones during combat. 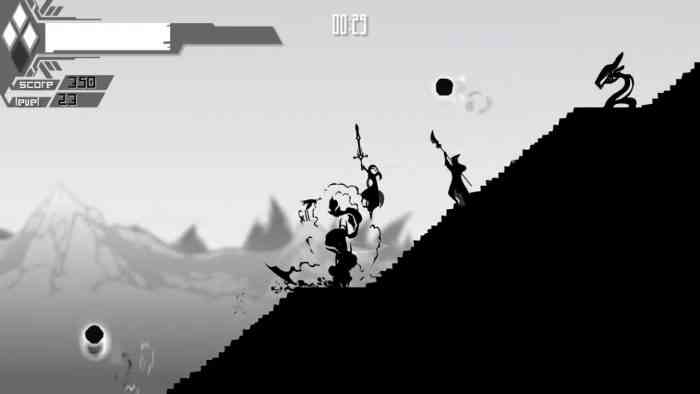 Several modes are available in the finished product, including local versus matches and survival. You unlock new items through points, and these can be earned in survival as well so you’re not stuck rushing through the story constantly if you don’t want to be. Boss rush in particular can earn you a lot of points pretty quickly if you’re good, but it’s not for the feint of heart. Bosses in Armed with Wings: Rearmed are dangerous and a real challenge, particularly when you’re still grinding through the first ten weapons or so.

While I may not agree one some of the design decisions, I have to give credit where it’s due. Rearmed is not only a solid and consistent game, but it’s also inexpensive considering what you get. The story mode alone will take you plenty of hours, all for less then ten dollars. Sun-Studios has done a fantastic job in finally bringing this to market through early access. If you really crave platforming or dislike 2D fighting, steer clear, but those are really the only hangups if you don’t count the soundtrack being out of place. Armed with Wings: Rearmed is a gem that’s well worth your time and money. 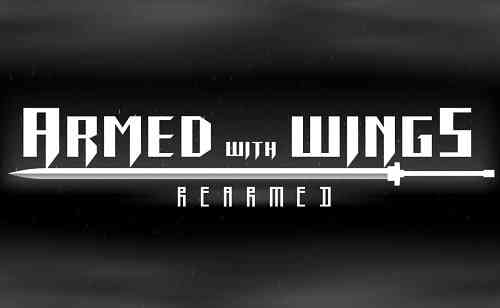 Next The Search Review – Dream Journals
Previous The Walking Dead: A New Frontier – Ep 5: From the Gallows Review – Satisfaction Guaranteed