The Suicide of Rachel Foster Review – What Could Have Been

The Suicide of Rachel Foster Review

The games that really hurt me aren’t the bad ones, but the ones that squander their immense potential. The Suicide of Rachel Foster is one of those games. More than any titles I’ve played recently, this game gave me the widest range of emotions — from goosebumps of excitement to being paralyzed with disappointment.

Before I go too much further into it, I’d like to say that The Suicide of Rachel Foster is best enjoyed with as little spoilers as possible. So if you enjoy narrative-driven thrillers, I would (partially) recommend it because it does some things really, really well. In this review, I’ll progressively reveal more as it goes on, so if you feel like the game interests you at any point, go try it out. The game, at the very least, is worth discussing.

The Suicide of Rachel Foster is a narrative exploration game, alike Firewatch in many ways. Not only in gameplay are they similar, but you also play as a specific character accompanied by another person guiding you through a radio. I want to emphasize the “specific character” part, as your choices and personality in the story is somewhat limited, and you are more or less an actor in the story — which isn’t necessarily a bad thing.

The story genre is a mystery-thriller with some horror elements. If you’re a fan of Stanley Kubrick’s The Shining, you’ll probably love the setting and some of Rachel Foster’s themes. Just like within The Shining, the setting of the hotel here is incredibly effective and is almost a character in itself that constantly challenges the protagonist. The game truly got under my skin through its set design and I think it is one of, if not the most, powerful elements in the game. Thanks to that world design, the exploration felt fully immersive with a wealth of effective environmental storytelling that kept me fully engaged. 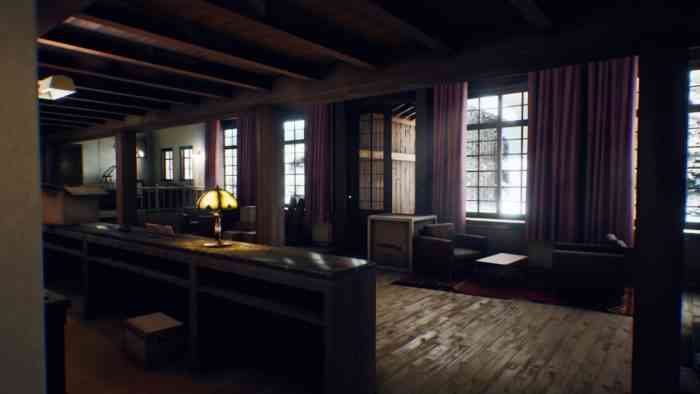 Adding to the atmosphere is the great sound design. This is one of those games where you need headphones for a proper experience. The directions of the sounds not only provides incredible realness but is an essential part of the gameplay. However, I did find the use of music a bit problematic even though it was rare. Since the game is trying to be an immersive experience, it isn’t always immediately obvious if the music is diegetic or not. Whenever this happened, I felt a bit taken out of the world.

On the voice acting side, I thought the actual actors were pretty good but, unfortunately, many of the conversations are ruined by awful directing. In lower budgeted titles, it is common for the actors to work remotely and send their recordings over. This usually isn’t a big deal, but imagine acting out a conversation without knowing how the other person is going to deliver their own lines. Actors can assume a lot from just seeing how the lines are written but even the smallest differences in tone, pace or emphasis can completely change how a line sounds. This means, if not coordinated correctly, conversations will not sound natural sometimes. To prevent an endless amount of redos, it’s usually a director’s job to make sure this is done correctly, but this game seemed to be sorely lacking in that department. I found that in about a third of the conversations, where two characters were meant to show great chemistry, it just came across as awkward.

Alright, now I’m going to start getting into the plot a little bit here, so be warned. I’ll still try to reveal slowly as I go. 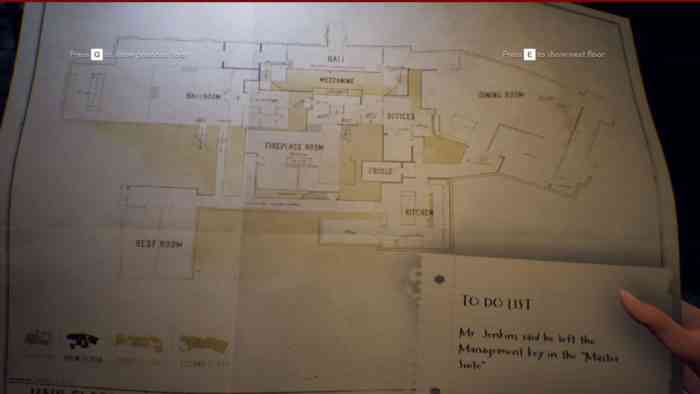 With a title like The Suicide of Rachel Foster, I was a bit worried about going into it. Shocking titles are often emblematic stories exploiting the societal issues at hand. However, I was pleasantly surprised during the opening chapters to find that the story was about a distant fallout of the suicide, not the event itself.

You play as a young woman named Nicole who is returning to her old family hotel with the passing of her distant father. Rachel is a teenage girl that Nicole’s father cheated on her mother with a long time ago, and the reason for the family’s separation. Rachel’s suicide happened ten years ago, and serves as a backdrop of the story that it seemed, at the start, to be more about unraveling Nicole’s complicated family history. With a blizzard trapping her up at the mountain top hotel, she has no choice but to confront her father’s mysteries.

The first third of the story is absolutely phenomenal and I was completely hooked. Like The Shining, the game explores the symptoms of cabin fever — a psychological condition of being isolated for an extended period of time. I was constantly questioning if my character was going insane or not, trying to figure out if the things happening around me were real. Even the details in the world seemed to change, like doors I thought I had closed being ajar the next time, or a crucial piece of evidence I had missed that was in my plain sight. It was truly hard to figure out if I was misremembering them since each room had so many details to keep track of. 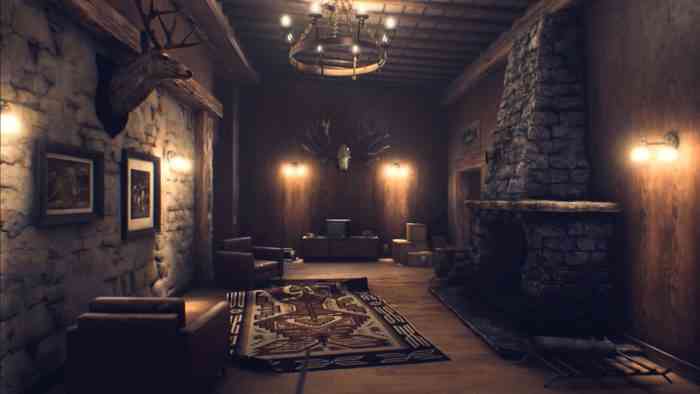 However, the narrative started to show its cracks on day four. Prior to this, the game was focused on exploration and getting the hotel running properly with heat and electricity. Then, the next day, you are suddenly thrust in mid-scene with a bunch of evidence already gathered in front of you. They are about Rachel’s suicide that the protagonist suddenly thinks wasn’t suicide. Apparently, in between the scenes, she had gathered all this and came to this conclusion without the player. I mean, what’s the point of playing the game if we don’t get to play one of the most important parts of the story? This skip in plot was just plain lazy.

Since there are jumps in the plot, we don’t get to see the characters develop in a natural way either. With the aforementioned problem with awkward dialogue, the sudden jump in their intimacy felt forced as well.

Every good mystery deserves a great ending, right? Sadly, you won’t find that here. The final twist isn’t brought upon by the protagonist’s investigations thus far, and it just reveals a shocking fact about a character that was not present in the plot at all. Again, it was lazy writing with no proper set-up and felt like a ham-fisted attempt at shocking the audience. 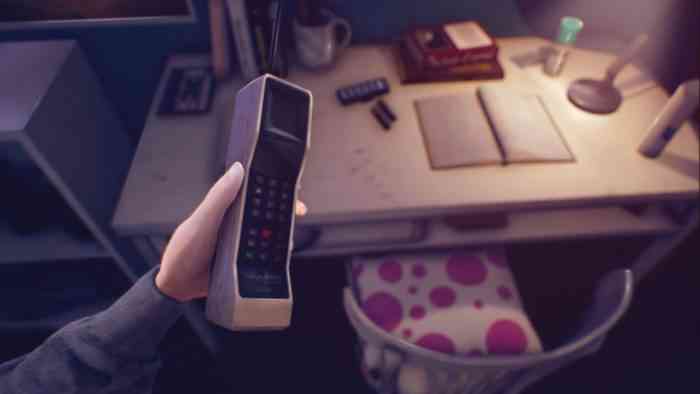 Finally, the ending itself is probably the worst video game ending I’ve ever experienced. In it, the game forces you to go through the process of committing suicide and there is no other choice until the very last moment to stop it. On top of being incredibly disturbing and irresponsible, it felt contrived with the plot definitely not having earned such an emotional beat. It came across as exploitative and simplifying suicide just for a grossly sentimental ending. Ah, and I thought it started so well.

I find about 80 percent of this game incredibly compelling, and if you don’t focus on the progression of the story or the ending, there are amazing moments here. The unfortunate part is that narrative games live and die by, well, their narratives. Still, I’m glad I played it. I find some sort of weird excitement in being monumentally disappointed by stories — they give me context on what we appreciate in the titles we do enjoy. So if you are like me, The Suicide of Rachel Foster might just be worth your time.

Developer: One O One Games