The Legend of Heroes: Trails in the Sky SC Review – Take a Fallout Break, Give This a Shot

It hasn’t been easy being a fan of Nihon Falcom’s The Legend of Heroes: Trails in the Sky series. Despite the trilogy of Japanese role-playing games wrapping up in 2007 in Japan, the first installment didn’t see a western release until 2011. While well received by critics and fans of the genre, Trails in the Sky never lit the sales charts ablaze, and wasn’t a financial success (although a PC port in 2014 helped recoup some of the cost).

Four years later the second chapter, the appropriately named Trails in the Sky SC, has been released. Could the JRPG, that was originally released in 2006, still be relevant nine years later? The answer is a definitive yes, even if the title’s faults haven’t gone away with age.

Trails in the Sky SC opens up directly following the events of the first game. If you haven’t played the first game you shouldn’t fret (although you should rectify your gaming mistake) as the opening does a nice job of recapping the events, and setting up the world. This is especially helpful, as even the memories of diehard fans might be a little blurry after being away from the Liberl Kingdom for several years.

Once again Trails in the Sky revolves around the adventures of Estelle, a teenage girl who is very likeable and coming into her own. Not joining the adventure this time around was the main male protagonist, Joshua, as his disappearance is the main plot point that launches Estelle’s second journey. Since Estelle will be visiting a lot of familiar places, returning fans will be glad to know that returning characters are aplenty. While more cynical gamers will complain about Nihon Falcom reusing assets, it’s a charming experience getting to check back in with characters you helped out back in 2011. 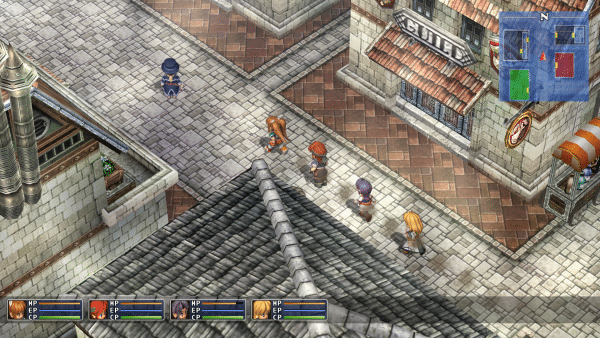 Not everything is a nostalgia trip, though. There are plenty of new characters to join in on the fun, and move the story forward. Most of the new characters are just as memorable as ones from the first game, and the game does a great job of balancing both new and old.

The story is generally the game’s storngest area, although it struggles to justify why Estelle isn’t the strong character she was at the end of the first game. Obviously concessions need to be made due to it being a video game, but all of your gear becoming unusable and monsters in Liberl becoming way stronger after one night isn’t a good narrative (even if it fixes any balancing issues).

“Trails in the Sky is not your typical JRPG where you can mindlessly grind your way to victory, as battles take a lot of strategy.”

Players will spend a lot of time exploring the beautiful world of Liberl, which is one of the most fleshed-out in gaming, which means that they’ll constantly run into enemies. Battles are turn based, and take place in a huge grid that represents a battlefield. Trails in the Sky is not your typical JRPG where you can mindlessly grind your way to victory, as battles take a lot of strategy.

Each character can engage enemies with physical attacks, and special skills called Arts and Crafts. No, you won’t be knitting blankets in order to defeat monsters (although that would be dope). Arts are spells that are cast after a set delay, while Crafts are done immediately. These skills are highly customizable, and players will have to use all of their offensive arsenal in order to defeat enemies.

While the gorgeous world of Liberl and the battle system have aged gracefully since 2006, other parts of Trails in the Sky SC haven’t been as lucky. In particular, the game does a poor job telling players what to do next, and lost players will find themselves talking to dozens of non-playable character in the hopes that they will trigger the next story event. It’s incredibly frustrating, and makes progression much more difficult than it should be. 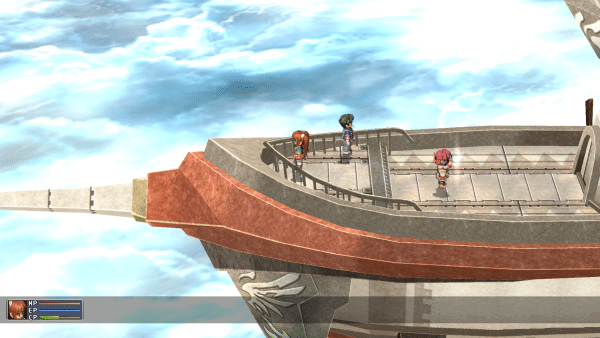 The good news is that even when you are lost, it’s still an incredible joy to just be immersed in the wonderful world. Every character has an interesting story to tell, and the world truly feels alive. The amount of text in the game is staggering, and it quickly becomes understandable as why the sequel took four years to see release. You won’t find any other RPG that manages to build a world this well, and offers the amount of content.

It may be surprising that a PSP title is a potential Game of the Year contender in 2015, but we all know life is strange. Trails in the Sky SC is an excellent JRPG that has managed to age incredibly well since its Japanese release. Although you’ll end up lost more often than you would like to, it’s absolutely worth taking a trip into the Liberl Kingdom. 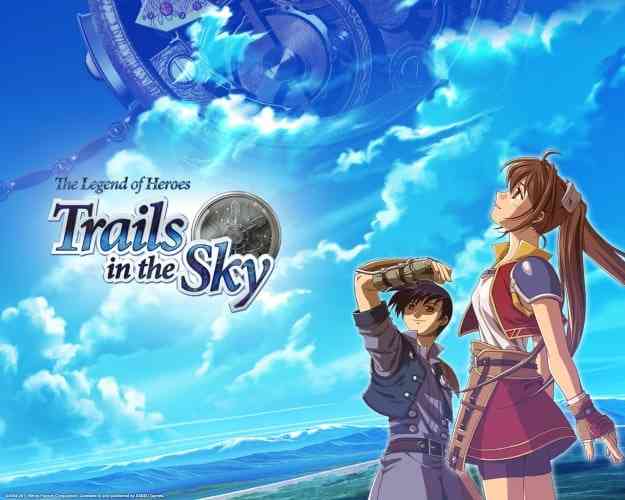