The Last of Us Remastered (PS4) Review – An Undeniable Remastered-piece

The Last of Us Remastered (PS4) Review

Okay, let’s jump right into this and get the annoying stuff out of the way. The Last of Us is genius. There, I’ve said it. So, by default, The Last of Us Remastered is also genius. The gameplay is still awesome as well the storyline, acting etc. None of that has changed.

With that out of the way, let’s talk about what the remastered version adds to the already masterpiece that is TLOU. First, we’ll talk about the new graphics because that’s kind of the whole point of buying the new version. The PS3 version of the game ran at 30fps and 720p. The PS4 version is offering the game at 60fps and 1080p. The Last of Us looked beautiful on the PS3, pushing the console to its limits with the level of detail they put into it, so I was interested to see just how different it would look.

When I first turned the game on, the graphics really jumped out at me. They were crisp, clean and sharp. However, I didn’t really notice that big of a difference between the versions. Luckily, Naughty Dog thought about this and offers you the option to turn the game back to its native 30fps. The difference literally made my jaw drop. In comparison, the PS3 version, which had some of the best graphics on the PS3, looked choppy and lagged. The PS4 version is THAT much better. I switched back and forth a number of times to full grasp the difference in graphics and every time, I was floored. When you run through downtown Boston in the rain, switching back and forth was like having your glasses on or not. The PS4 graphics are dramatically more detailed from Joel’s hair to the rain to the shadows that creep through the trees as the sun is setting. 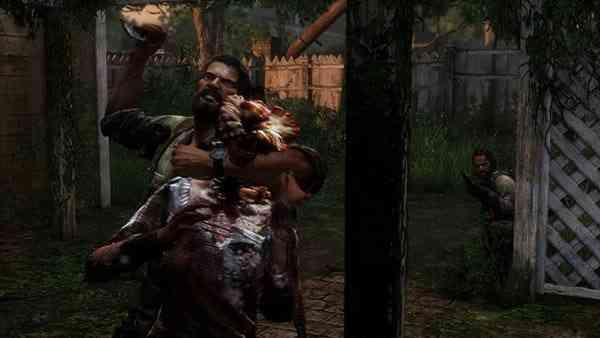 The updated graphics aren’t the only thing that’s different in the new version. A few other upgrades came along with it, one of them being the ability to take in game photos. I know this doesn’t sound like much, but is it ever cool! I took a few scenery shots during some of the more beautiful areas (sun sets, destroyed downtown Boston in the rain etc.) which turned out to be gorgeous. The camera also comes with a wide variety of options so you can frame it and use a wide array of effects to make your shot just perfect. Of course, as soon as I had a dozen or so scenery shots, my photos moved into the next logical step of picture taking – battle shots. A friend shared with me a picture he took as he shot a hunter in the stomach and his guts were spilling out. I also have a couple of shots of choking runners out and stabbing a hunter in the neck (among others). Just to be clear on this; the updated graphics translate really well to your pictures, too. So, yes, sometimes the pictures I took looked like crime scene photos and may or may not have changed me a little from looking at them. In saying that, while the camera seemed initially like a lame addition, it actually turned out to be one of my favorites!

The game also comes along with the ‘Left Behind’ DLC, which is also amazing. It benefits from the upgraded graphics as well, making it as smooth and rich an experience as the full game as Ellie does a lot of growing up real fast. TLOU comes with the online component that was all the rage last year too. The remastered version comes with up to 8 new multiplayer maps and from what I got to play (since the servers only went live on release day) it looks like this multiplayer is going to be just as popular this time around. It looks good, it’s still super addictive and now there are a whole slew of new players that wily old veterans can try to take advantage of. 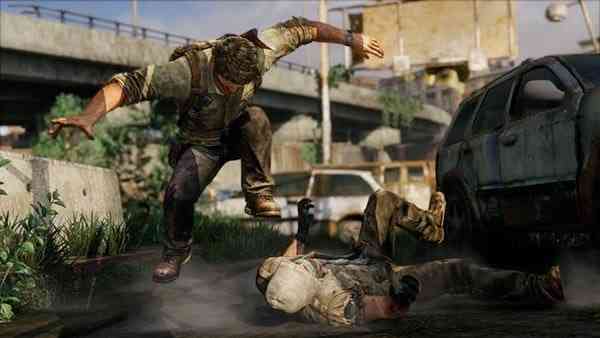 Also included is a featurette of Gustav Santaolalla as he talks about composing the music for the game. If you’ve played it, you know how integral the music is to the game as it helps build tension, stirs emotions or simply makes the segway between sections of the game. There is an added commentary track, too, where you can listen to a cast and director commentary during the cinematic portions of the game. I recommend saving that for at least your second time through.

The only drawback I could think of when I sat down to write this was the fact that Sony is charging $50 plus (depending on where you live) for the game. This, of course, is not a reflection on the game, but more on Sony’s business practices and is almost not worth mentioning. Except for how much lighter your wallet will feel after picking this beautiful gem up.

Overall, The Last of Us Remastered is as good as it gets thus far. Already a masterpiece, an upgraded Last of Us was going to be a win, but with the also brilliant Left Behind included as well as the resurgence of the multiplayer and the bonus featurettes, the remastered version is the best thing out right now. Even though Sony is trying to wrangle every dollar possible out of us gamers, The Last of Us Remastered is a must-buy for long-time fans as well as new players looking for a great game for their PS4. I can’t recommend this enough.