The Council – Episode 3 “Ripples” Review – The Power of Conversation

When I last left Louis de Richet and The Council he was being held at gunpoint by his own mother, an unsatisfactory reward for finding his way into the hidden crypt where he found her. I lamented the lack of depth in that second episode, remarking that it was far too short and only one of the game’s signature “Confrontations.” Episode 3 Ripples fixes all of those problems, giving me more interpersonal interaction and limiting the environmental puzzles. The technical glitches that have plagued the game, however, were the most distracting yet. Luckily the story “Ripples” tells is strong enough to buffer them.

The Ripples of conversation run deep

Ripples finally delivers us the “conference” that the owner of this lavish manor, Lord Mortimer, has been promising since I first met him. What starts as a peaceful conversation quickly dissolves into a squabble over a piece of land with two clear sides: one for the proposed plan and one against. I have to toe the line between the two sides, making sure not to overly anger one or the other, while also managing Louis’s mother behind the scene. There’s a lot going on in Ripples, and all of it has a profound effect on the tale.

I love this chapter’s focus on conversing with other characters instead of puzzles. The dialogue mechanics of The Council are easily the game’s strength, incorporating the RPG skill trees seamlessly into how I approach every conversation. The Immunities and Vulnerabilities system really comes into play here, as knowing who’s susceptible to which approach is key to keeping things cool. I really like the approach The Council makes to dialogue, and I hope more games employ these ideas.

I hate to say this, but the technical mishaps I encountered were the worst I’ve seen in the three chapters of The Council I’ve played. The previous chapter had little goofy things that I could forgive, but here were some really distracting issues that disrupted my immersion. One or two of these in isolation would be fine, but grouped together they give me grave concern about the last two episodes. 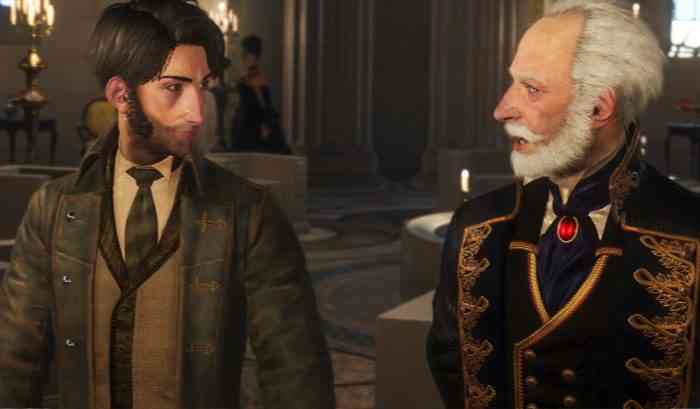 Technical woes cause Ripples of their own

One glaring issue happened during the highly touted conference, as Lord Mortimer gave an impassioned introductory speech without his mouth ever moving. Later in a side conversation, one of Louis’s eyes looked at his contemporary and the other at the camera, making him look deranged. In another moment I knocked on someone’s door and activated a short exchange, only to get stuck there for a solid 40 seconds before I could move again. Things like these need to be ironed out by Episode 4, because the story is too good to let bugs like these waste it.

The one puzzle in Ripples occurs at the end of the chapter, and it’s a Jekyll and Hyde sort of experience. The Hyde half has me running around the manor collecting certain items, a super annoying example of backtracking that annoyed me. Doing this put more pressure on the puzzle itself, one of those “this better be worth it” scenarios. Luckily the puzzle itself brought Hyde back to Jekyll, with a nifty use of old texts and astronomy to open a massive vault. I did like solving the puzzle, but the item gathering almost took my interest away.

Ripples took my every criticism of “Hide and Seek’s” core experience and fixed it, focusing more on The Council’s incredible dialogue system than the puzzles of the manor. The one puzzle I did get was a mixed bag, but ultimately served the overall story well. The real problem is in the game’s myriad technical issues, which seem to be growing in scope as each chapter releases. If Big Bad Wolf can rein in the most egregious issues while continuing to flesh out the awesome story, The Council can grow into the juggernaut it deserves to be. It just needs to iron out the wrinkles…or Ripples, as it were. 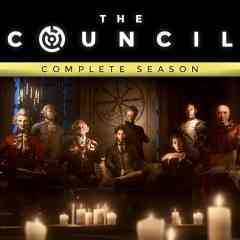 
The Council Will Conclude on December 4th

The Release Date for The Council – Episode 3: Ripples Has Been Announced, Coming Soon