The Second Episode of ‘The Council’ Is Coming Next Week

The Aristocratic Narrative of ‘The Council’ Continues!

The next episode of The Council, an episodic narrative adventure series about aristocrats and secret societies, is coming out next Thursday on May 17th but players who’ve purchased the game’s season pass can get it two days earlier on the 15th. 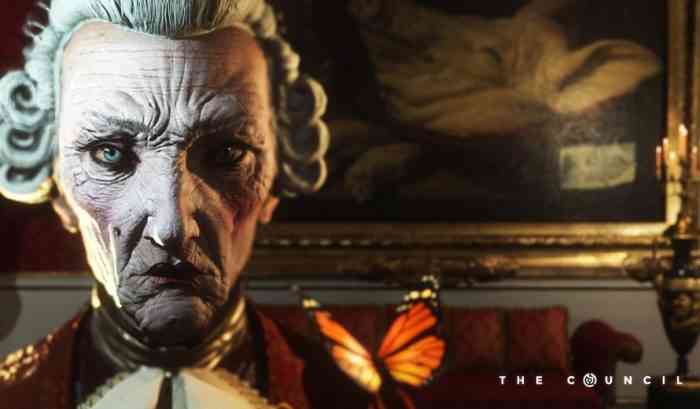 Titled “Hide and Seek”, this episode focuses on the series protagonist, Louis de Richet, searching for his lost mother Sarah de Richet. He’ll also have to deal with a new character: Lord Mortimer, a Spanish head of state.

The Council is about a private island populated by aristocrats who were invited there by Lord Mortimer, the owner of the island. As Louis de Richet, players will have to find out the mystery of what’s really happening on the island while interacting with a colorful cast of characters.

While some of the characters are fictional, there are also historical figures involved in the game’s plot such as George Washington and Napoleon Bonaparte.

We reviewed the first episode last month and gave it a score of 75 out of 100.

“I like where The Council is heading after its first chapter,” our reviewer wrote. “The story is intriguing and genuinely surprising. The skill trees and RPG elements add a personal touch that other similar games simply do not emulate. For everything that the game does well the small technical aspects have the most hiccups, particularly in voice acting.”

If the game’s developer, Cyanide Studios, can “smooth out the creases and keep delivering the narrative goods” then The Council could be the next big hit in the narrative games genre, the reviewer concluded.

The Council is an episodic series currently being developed for the PC, PS4 and Xbox One.