The Colonists is a strategic settlement game with multiple campaigns, an assortment of maps, and a sandbox mode to build whatever you want at a comfortable pace. It provides a challenge to those looking for it and a relaxing experience for those who are not, rewarding the ones who complete the mission quickly but also giving something for those who take their time. Although playing on a console is not as user-friendly as with playing on a PC, there are still many reasons why The Colonists is a great game to add to your collection, despite some glitches and minor annoyances that could get in the way of a successful run.

Inspired by similar games like The Settlers and the Anno series, The Colonists is about a group of robots who are looking for freedom. Wanting to be like humans, they travel to an empty land and start building their new home, creating something out of nothing by utilizing nearby resources and an endless colony of robots. Complete with residences, farms, mines, and watch towers, each city has different landscapes and resources that players need to take advantage of in order to help the robots fulfill their dreams and to create an efficient and prosperous city. With three different modes to choose from (Campaign, Challenges, and Sandbox), there is something suitable for everyone’s current mood and skill level.

Strategize at Your Own Pace

Even though The Colonists is marketed as a relaxing game, that doesn’t mean you can be lazy and not have a strategy. Strategizing can be a fun thing, like trying to build multiple roads leading to the same area to increase traffic efficiency, or even researching ahead of time so there’s always something to improve on. And when it feels like too much is going on, there is an option to pause the timer and the robots’ progress. This allows you to stop and analyze the situation before continuing with your building and upgrading. You can always prioritize certain resources and deliver them to specific locations, and when you’re done with that you can pause and redirect your robots to somewhere else. Perhaps thinking about all of this may not exactly scream “relaxing”, but there’s no penalty to strategizing slowly and at your own pace. 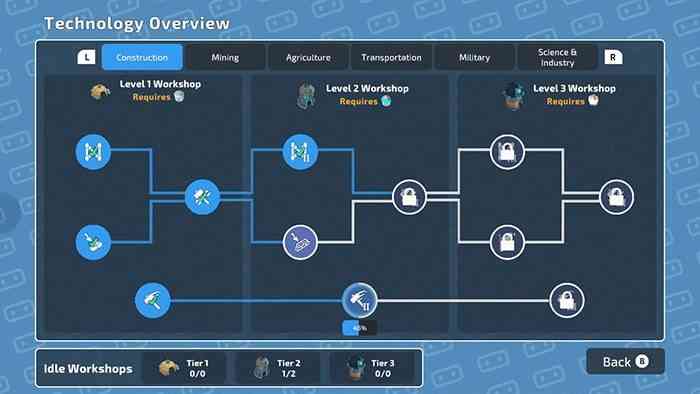 The game doesn’t rush you to complete a task quickly and there is no punishment for being slow, but that depends on what mode you play in. Generally it is easy to complete multiple Campaigns, you might not be satisfied with how long it took you, but completion isn’t impossible to achieve. However once we dive into the Challenges mode, you have to complete a certain task in a set amount of time. This one can be difficult because there is little room for error. In fact, you could be putting in lots of time and effort and before you know it, your time is up and you’ve failed the challenge. It can feel like a lot of lost effort, and if that’s not your thing then practicing in the Campaign mode or creating your own town in the Sandbox mode may be closer to what you’re looking for.

At the beginning of the game, there is a step-by-step guide that teaches you the controls and the tasks you need to accomplish. Like with most strategy and simulation games, a lot of understanding comes from trial and error and is not written in any tutorial section. As the game goes on and your missions begin, the prerequisites for unlocking certain buildings gets confusing and instructions start sounding vague. As a first-time player, it can become overwhelming especially since each mission takes a while to complete, and any mistake you make is lost time. It’s hard to backtrack your progress and know exactly when you unintentionally made an error, and can be stressful since you may have already spent many in-game months before you realized you should have done something earlier. Though it is a hassle, once you know what you’re supposed to do, the next time you build a city in this game you’ll know where to start. 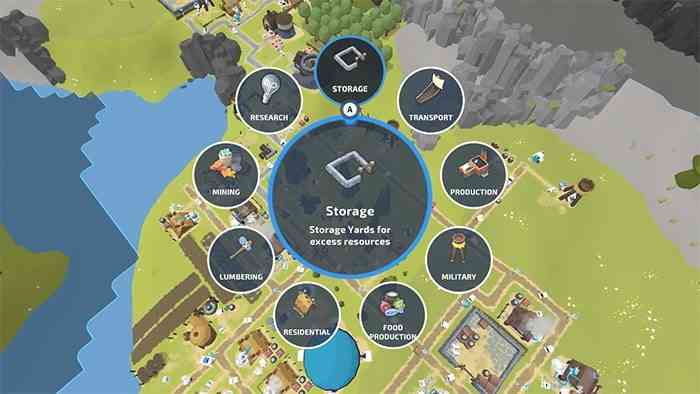 While The Colonists has a straightforward selection menu to choose from, it can be hard to select what you want with the controllers. Unfortunately, the controllers also did not want to work all the time and forced me to reset my game several times. However, this didn’t happen often and autosave made this problem a smaller inconvenience. At the end of the day though, nothing beats a point and click to open and close menus, making the PC the best way to play this game. On the other hand, having it on the Switch allowed for better portability and made it possible for console players to try the game out. If it comes down to whether or not one should purchase for the console, if that’s your only way of playing then I’d say the game was worth the minor drawbacks. If you have a PC, stick with the PC.

Despite the small annoyances from the controls point of view, there was nothing that made The Colonists unbearable. The strategies required to succeed in the game were thoughtful and there was no best solution, creating a challenging yet pleasant experience. The missions and tasks can sometimes be difficult but straightforward, and if the situation became too crazy then players can pause and re-evaluate their current actions. For an even more relaxing time, players can start a sandbox mode where they can peacefully simulate a city on their own without any requirements. The Colonists wasn’t perfect nor was it the most user-friendly, but the city-building objective of the game was met and a thoroughly enjoyable experience was presented to all types of players, making this an easy game to boot up for anyone looking to strategize in an environment that moves at a comfortable pace. 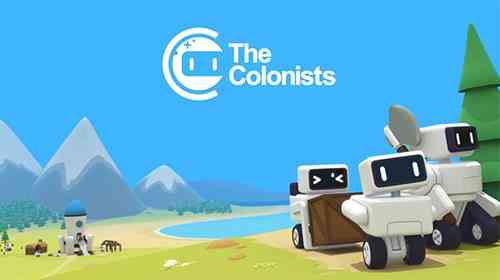