Tennis in the Face Review – Another Solid Port From 10tons Ltd

Tennis in the Face Review

While Tennis in the Face has been available on various platforms for a few years now, 10tons Ltd. saw fit to finally port it over to Xbox One. Admittedly, I’m glad they did, as it’s a fun little time waster!

Pete Pagassi, was a world Tennis champion when he became addicted to the energy drink, Explodz. To feed his addiction, he even broke into the factory to steal a case of this delicious beverage. He was consequently arrested and checked into rehab. Now, Pete wants revenge against the product that ruined his career. So begins Pete’s journey to make his way all across town to the mega-factory to put an end to Explodz!

“The levels are all designed to force players to find the best angle to knock out all the bad guys with the least amount of balls.”

Tennis in the Face has an uber-simple concept. Each level fits on one screen (unlike, say, Angry Birds, where the level stretches beyond what you can initially see). As Pete Pagassi, armed with your tennis racket, a select number of tennis balls, and the occasional Explodz energy drink, you’re tasked with smashing the ball into every stationary bad guy on screen. These bad guys never fight back, they just stand in one place. Tennis balls will bounce around the level for a period of time (or until they hit something like glass or other sharp objects) and Explodz energy drinks will literally explode after a short period of time.

The levels are all designed to force players to find the best angle to knock out all the bad guys with the least amount of balls. You can play each level as often as you’d like, and completing a level will reward you a medal if you can finish it with a specific number of balls/energy drinks remaining. 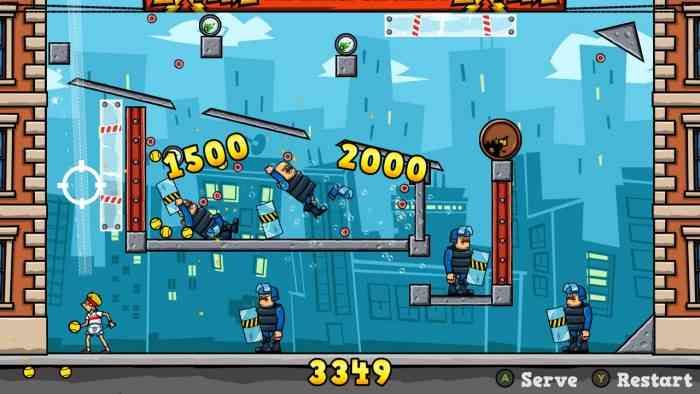 Tennis in the Face was initially a mobile phone game utilizing a touch screen, and even though the Xbox One lacks this type of input, the controller handles the game just fine. In truth, I actually found playing with a controller easier than the touch screen, because often my finger would block the view of my phone. On the Xbox One, my view was never impeded.

Tennis in the Face does not feature any additional modes or multiplayer beyond the standard “Play” mode. Despite this, you still get quite a substantial amount of content. Each of the eight worlds features at least ten primary levels, and there are some additional challenge areas within each world. The challenge areas are just for fun but they’re still worth playing. One challenge area provided five levels with coins scattered throughout that you had to collect – it was a neat variant to the standard gameplay and I’m surprised they didn’t utilize it to a larger extent. Another challenge area gives you access to a full 30 brand new levels – almost as if the developers had some left over levels and just decided to throw them in there for good measure.

“There are only a handful of enemies you’ll encounter throughout the game, and some more variety would have been nice.”

10Tons Ltd. recently released a follow-up, ad-supported game called Clowns in the Face which adds a couple new mechanics and a bunch of new levels – it would have been nice if they included this new game to make the Xbox One experience more “complete”. Maybe we’ll see it added as DLC in the near future. It’s also worth noting that a Leaderboard option would have been nice to see included.

The graphics feature nicely hand-drawn characters atop a very minimalist backdrop with simple props like helium balloons, vending machines and cans of Explodz. There are only a handful of enemies you’ll encounter throughout the game, and some more variety would have been nice. The reactions when they get hit by the balls are pretty funny, especially when you hit the last guy and everything moves in slow motion to highlight your success – it’s a very satisfying effect. Even after playing for a few hours, I still found myself grinning when I made a good hit. The sound effects are fine but the music grew irritating quite fast, primarily because they used the exact same song on every single level! 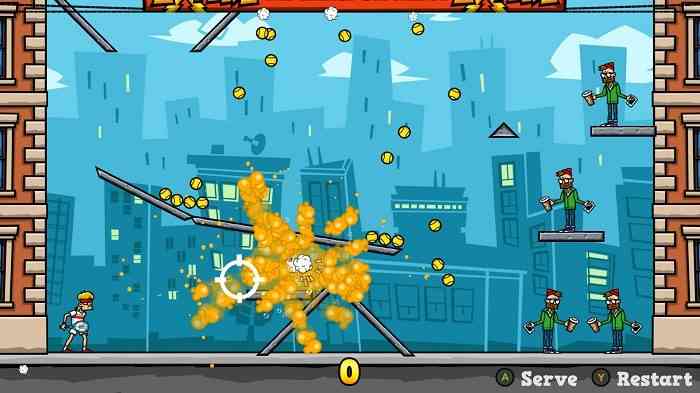 Tennis in the Face for Xbox One is an excellent choice for fans of Angry Bird style games. It’s a budget title, so it won’t set you back much, and will provide you with a few decent hours of simple yet challenging gameplay. Visually, it could have used a bit more variety and the music grew tiresome fast. There’s a lot of content but it would have been nice to see Clowns in the Face added to the package. There was some very fun and satisfying moments, and I actually cheered when I completed the “10tons Defeater” achievement – that was a very tough level! If you haven’t yet enjoyed Tennis in the Face on another platform before, than you owe it to yourself to give it a go here. 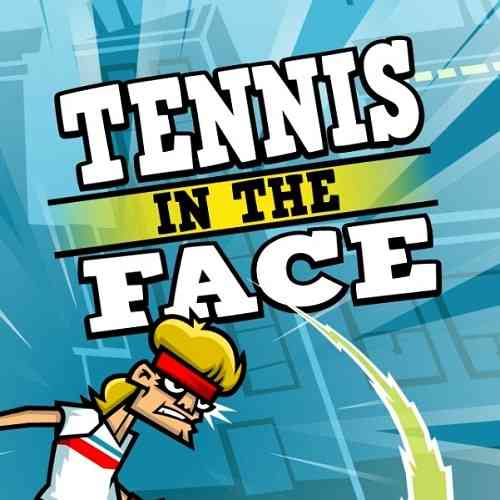