“Surgical precision” is a turn of phrase that applies to all sorts of things, from airstrikes to, well, surgery. Upending the idea, the board game Operation comically turned players into ham-fisted, bumbling doctors and the 2013 video game Surgeon Simulator moved the idea into the digital realm, asking players to perform delicate surgeries with purposefully imprecise controls. Much hilarity followed, as did Surgeon Simulator 2. Now we have Surgeon Simulator 2: All Access, which essentially packages the second game, curated player-made levels and all the other added content, fixes and optimizations and brings them to consoles and Steam.

I play a lot of games, and more than a few have unintentionally bad controls, so I resist spending time with a game that makes things difficult or awkward on purpose. Life’s too short, and all that. Still, there’s a lot of clever intentionality behind Surgeon Simulator 2’s so-bad-it’s-funny way of doing things and the approach definitely makes contextual sense. And in the second game, a lot of very delicate movements and separate finger controls have been simplified to a hand grasp, and everything moves along a lot faster. 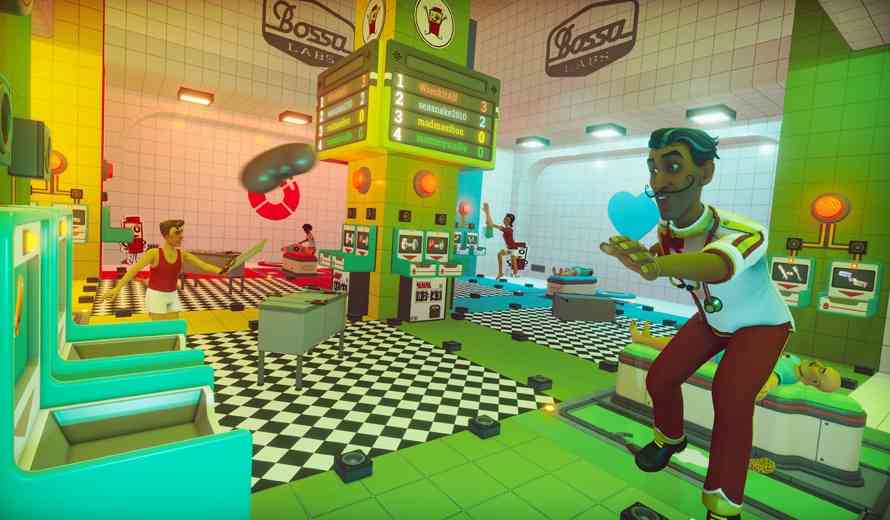 Surgeon Simulator 2: Access All Areas includes a lot of content. To start, there’s the single player campaign (which also can be played co-op Story Mode), placing the player in the role of a new surgeon in a less than stellar training hospital, a facility that has many locked doors and secret areas, and an increasingly unhinged narrative voice that leads you through an escalating series of ridiculous operations, challenges and environmental puzzles. It gets weirder and more absurd and there are definitely moments of outlandish humor to be had.

No Guts, No Glory

Where the Campaign Mode, and the game as a whole, falls a little flat is that your single interface with the environment is a floppy arm and hand that comically flail around as you try to pick up objects, perform surgical actions, press buttons, or place fresh organs in a quickly bleeding-out body. It’s funny until it’s not, which for me is pretty early in. And later, when the surgical objectives become a little more demanding, that floppy, flailing arm isn’t funny at all. Playing the game in co-op Story Mode doesn’t ease the frustration but it does increase the odds of someone succeeding and helping to complete the task.

Surgeon Simulator 2: All Access includes a lot of player-made levels and, of course, the Creative Mode tools needed for players to craft their own levels. There are an immense number of objects in the environment and the editor includes them all. Finally, there are Competitive Mode, four-person multiplayer challenges. 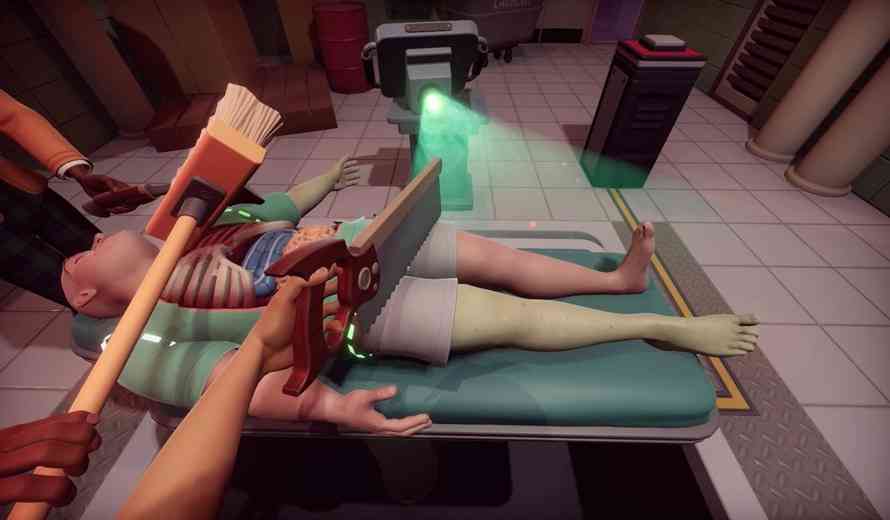 Surgeon Simulator 2: All Access has a very specific, colorful aesthetic that mirrors the ridiculousness of its premise and gameplay. Despite the copious amounts of blood and viscera being bandied about, this is not a realistically grim, explicit game but an irreverent, goofy and cartoonish one, albeit possessed of a dark sense of humor. Especially in tight spaces, the first person camera is challenged to make sense of the world, adding to the already awkward controls. There isn’t a lot of voice acting in the game but the sounds of surgery and machines are handled well. Much of the music is that repetitive, doctor’s office waiting room kind of sonic wallpaper. 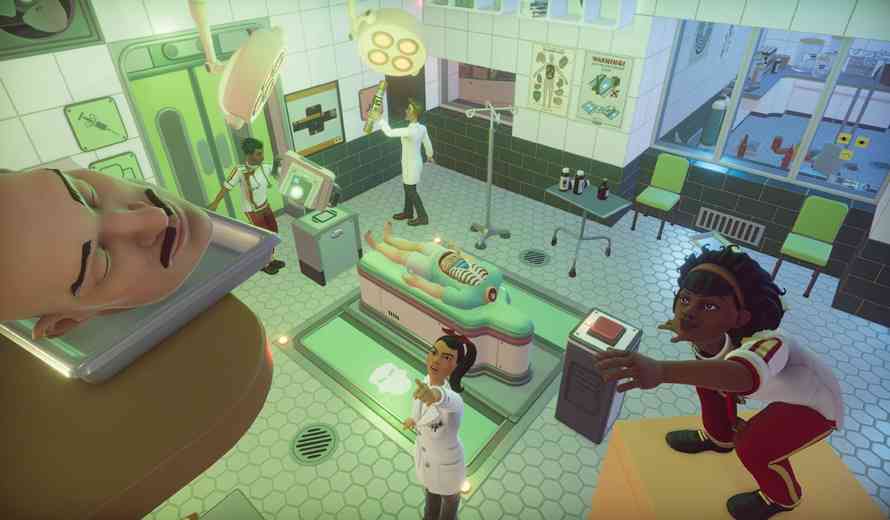 Surgeon Simulator 2: All Access absolutely does what it sets out to do, which is turn “surgical precision” upside down and allow the player to make an absolute mess of what should be the most delicate of procedures, adding physics-based puzzles and escalating objectives that will either frustrate or challenge. In this case, the awkward controls are a feature, not a bug. For anyone who has already played the game, this new version doesn’t add much, but for console owners or anyone new to the title it’s definitely the version to pick up.

***PC Steam code provided by the publisher for review***