Anyone who has ever casually dropped into a hardcore battle royale game, be it Apex Legends, Warzone or even Fortnite, is probably all too familiar with getting spanked by an immediate and humiliating loss. Those games demand a certain tolerance for punishment, because it is a slow climb up the skill ladder towards actual fun. On the other hand, Super Animal Royale looks like the most lighthearted, welcoming game imaginable. Is it?

I’ve been playing Super Animal Royale on PC off and on since its arrival in Early Access in 2018, and now it has reached the milestone of final release on PC as well as appearing on consoles. It’s a legit,  recognizable battle royale, with all the distinguishing characteristics of the genre. You parachute onto a varied landmass, in this case called Super Animal Park, chock full of structures, forests, water features, and of course an absolute treasure trove of weapons, ammo, armor and consumables like grenades, smoke bombs and landmines. You can compete as a solo player, as a duo or part of a squad. At relatively frequent intervals the playable area shrinks and if you die, there is no respawning. You can watch or quit out and wait just a couple minutes for a new match. I’m not being particularly detailed in my description because if you’ve played any of the popular battle royal games, you know the basic outline. 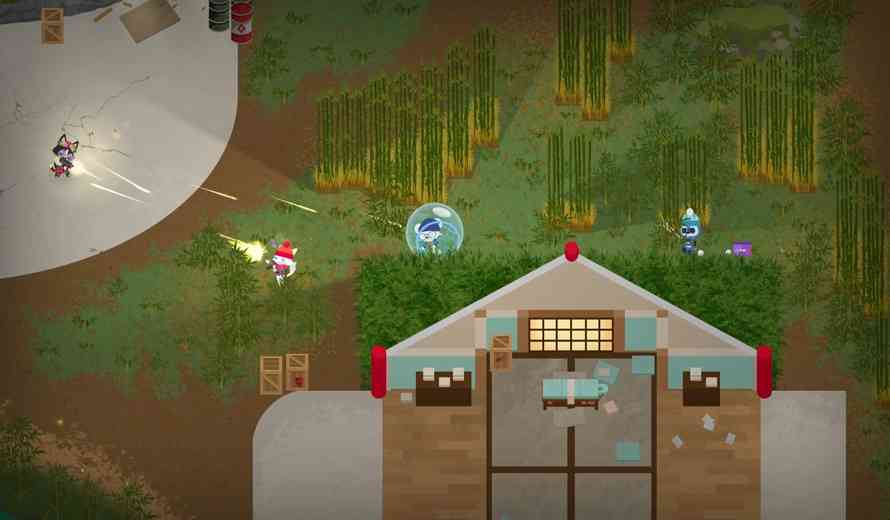 What distinguishes Super Animal Royale is first and foremost the art style and game design that replaces future soldiers with cute, anthropomorphic animals from a wide range of species like dogs, cats, foxes, birds and many more. The pre-match waiting area is filled with animals bonking each other over the head with goofy melee weapons, running aimlessly around and dancing en masse to the catchy selection of tunes. It’s easy to tell the new players from the veterans, because the latter will be decked out in all sorts of outlandish outfits purchased with their winnings, and their animal avatars will be more interesting, more highly evolved versions of the starting animals.

Everyone gets a starting weapon, then in true battle royal style, as soon as they parachute in makes a dash for their favorite weapon types, armor, health pick ups and other special items, all color coded by rarity. There are a lot of pistols, rifles, SMGs and shotguns and many fanciful consumables, like banana peels or skunk spray grenades to slow down or stun an enemy. There are forms of quick transportation, too, like rolling hamster balls. Unlike most battle royale games, Super Animal Royale is played from a top-down, overhead view and controls are twin-stick simple, though they take quite a bit of practice to actually master. Combat is fast paced and often over very quickly, especially for new players who haven’t quite got the hang of the controls, tatics or the pace.

On one hand, it’s light hearted fun, but on the other hand, the cute little furries are killing each other with high powered weapons. The audio design and music are well done and aside from, you know, the constant death, it’s very family friendly and miles away from the often toxic culture that surrounds games like Warzone. The map design is pretty simple but full of opportunities for cover and ambushes and as basic as Super Animal Royale may seem, it does offer quite a few tactical possibilities. There is no tutorial but it isn’t hard to pick up the basics of play from simply watching matches. There are a ton of cosmetic items to earn or buy via the game’s DLC packs, including the new mini-animal pets, but none of it impacts gameplay. There’s no pay-to-win. 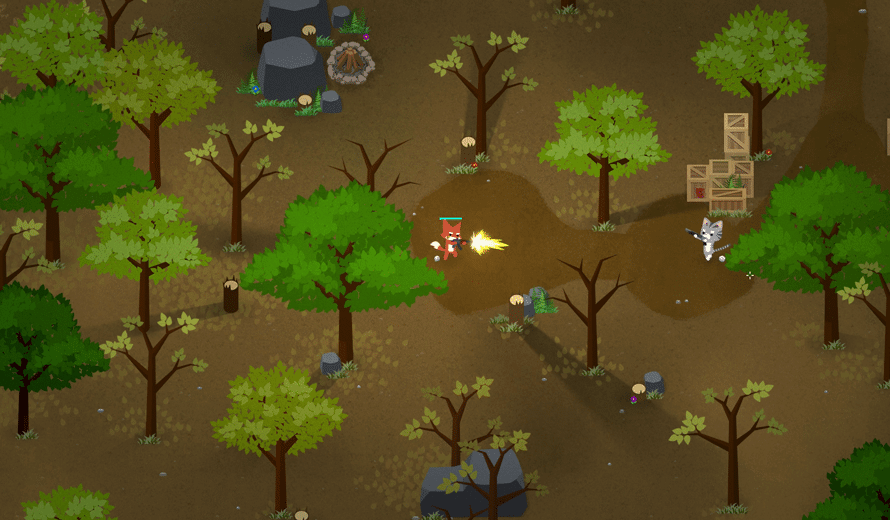 The best thing about Super Animal Royale, aside from its lighthearted art style, is that is reasonably satisfying to play without requiring the kind of time commitment that those other battle royale games assume you’re willing to make. Matches are fun, fast and the dopamine won’t even have time to leave your system before you’re in the next round again. It might not be the most complex or graphically impressive game in the genre, but Super Animal Royale accomplishes its goals of being accessible, adorable and addictive. 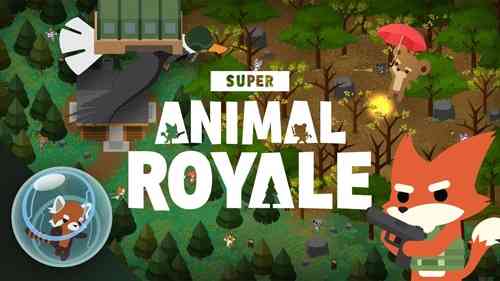