It’s an idea that could have gone south, sideways and all kinds of wrong: a battle royale game where the combatants are not futuristic super-soldiers or flesh-eating zombies but cute animals wearing silly clothes and accessories. It’s the kind of thing you could recommend to your grandchildren if the adorable animals weren’t toting AKs and tossing deadly grenades.

In Steam early access since 2018, Super Animal Royal has simultaneously launched a new season of early access on PC and entered a preview phase on Xbox (and Nintendo Switch and PS4/5), which includes cross-play between platforms. Long-time PC players will simultaneously see a lot of new content, including an enlarged island map and tons of new skins, costumes, and accessories. A little like “fashion souls” is a draw for Dark Souls players, finding just the right animal and combination of clothes and accessories is definitely a big part of why players love Super Animal Royale. The 64 player matches are teeming with oddly adorned dogs, cats, birds, foxes, turtles, and more, all wearing quirky, distinctive outfits. 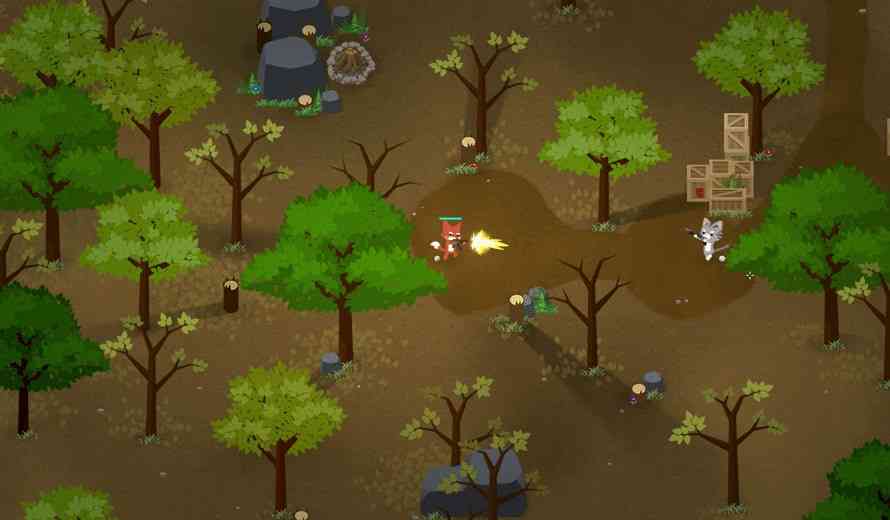 Of course, if Super Animal Royale’s basic gameplay loop wasn’t engaging the whole enterprise would have collapsed long ago. In fact, it’s fantastic, with enough depth and challenge to keep players coming back again and again, with matches that are short, easy to understand and bracketed by blessedly short downtime between rounds. Super Animal Royale is a solid battle royale game, where dozens of players are parachuted onto a sprawling island and fight their way to the center to claim victory. Players pick and customize an animal type, start with a basic melee weapon and fight to the finish with whatever gear they can find or salvage from players they have downed. There is one map but it is different each time, with weather, details, structures, and of course, choice weapons, armor, and consumables always in new locations. As with many battle royale games, there are places to hide, secret weapon caches, and even ridable mounts to speed around the landscape. Super Animal Royale can be played solo or in teams of up to four players.

What distinguishes Super Animal Royale from its more obviously rooted-in-reality kin is its style: lighthearted, blood-free, colorful, cute, and welcoming. The pre-match staging area often turns into large-scale dance parties or sessions of mutual whack a mole. It’s fun to see the creative combination of animal types, costumes, and accessories and chat with other players before diving into the action. Super Animal Royale has an art style that is simple but smart and puns, jokes, and knowing, fourth wall-breaking references are everywhere. Although weapons are very much real-world guns, many of the game’s consumables are on the silly side: banana peels, skunk tails, and the like. The game’s whole attitude is “this is ridiculous, isn’t it?” but in contrast to so many games that wear their humor with a self-satisfied smirk, Super Animal Royale just grins happily.

Nothing is perfect (or as the game would probably say, purrrfect). Microtransactions and the game’s store are not exactly hidden away, offering a wealth of skins, animals, costumes, and accessories, though all of it is cosmetic and not really critical to success. There are paid versions of the Super Animal Royale that range from $9.99 to $39.99, each offering different combinations of items and tokens. The game is extremely generous when it comes to doling out rewards. Even an ignoble, early death gives the player some progress towards upgrading their character or unlocking new items. On the Xbox, the graphically low-demand game runs well but the controls feel just a little sluggish and new players will need some time to learn Super Animal Royale’s top-down aiming mechanics. 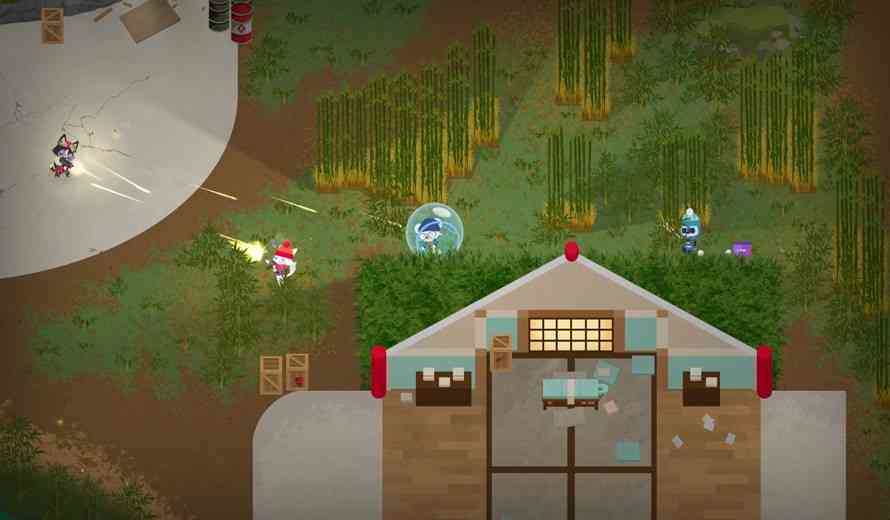 For anyone who has been turned off or humiliated by the more intimidating battle royale games and their players, Super Animal Royale is an easy-to-recommend alternative. Fast paced, friendly and easy to become addicted to, Super Animal Royale has almost all the depth and replayability of a more hardcore battle royale, with a unique style that is hard not to appreciate. Even if you ignore the microtransactions or paid versions of the game, there is still plenty of content to enjoy and there is already a huge community to play with and against.

**Preview Code provided by the publisher**

Aliens: Fireteam Elite – Pathogen Review – Brief Bughunt
Next Unexplored 2 Might Have the Procedure For Greatness
Previous Cris Tales is a Special & Stunning Journey Through Time