Sundered is about taking a beating. When you first arrive in this broken realm, a dungeon that feels never-ending, you’ll soon find out that everything here is trying to kill you… and they succeed, at first. Probably a second time too, but as you invest in skills and become more comfortable in this hostile world, it’s you who’ll do the killing and reap the rewards that come in return.

Playing as Ashe, a lone wanderer with a bone to pick, Sundered’s story is about sacrifice. As you explore and push past limits, only to find new ones, you’ll have to sacrifice pieces of yourself to wield the powers needed to overcome. As you sink further into the depths of this world, more and more of your character needs to be given up. There’s a point where you have to wonder, are you playing as the hero anymore?

If I were asked what stuck out the most, I’d immediately say the art style. It’s all hand-drawn, and you can tell. I don’t mean that in a bad way. From the small mollusks that charge at your knees to the hulking baddies that serve as area over-bosses, this game is filled with character that can be readily achieved through hand-drawn devotion. Sometimes, during a flurry of mobs dropping from the ceiling (something that happens often, but never when you think it will) you’ll see five to eight different types of monsters trying to sink their teeth into you. Putting it simply… it’s pretty rad. The incredible art style applies to the levels as well, but it’s through all this hand-drawn stuffing that the first shrug-worthy complaint comes about.

“I had a great time playing Sundered, and I know that because even as I write this, I want to go back.”

I understand it’s not fair to ask a small team to hand draw hundreds of enemies, but it’s blatantly obvious that they hit a point where they simply couldn’t make anymore. Once somewhere between ten and fifteen were created, it was then time to start giving certain mobs a new, different hue and sticking them in same-colored areas. This wasn’t so bad in zones that fit the same theme, but sometimes you’d find enemies from the more ‘Underworld’ area tromping around in the ‘Cathedral’ level too.

One place that was always fresh were the boss encounters. All of them beckon you forward, even though you know they’re about to serve your ass back to you on a silver platter. There were some well-crafted fights here too. Having a pretty-looking top dog is one thing, but having it be able to fight well is another. Though, my biggest scoff came when they reused a boss entity again as a regular mob, just smaller and on the other side of the map. These things, they aren’t the biggest deal, but Sundered publicized itself on the concept of hand-drawn enemies. It’s kind of like saying I’m a great tattoo artist, but you can only choose from the ten designs I can do. 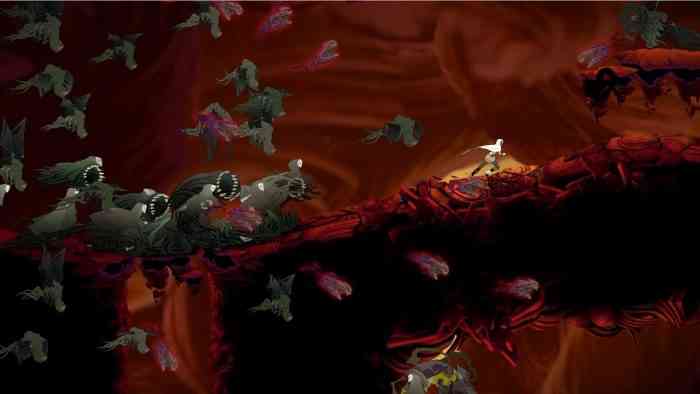 Like I said, this applies to the levels too. Sundered uses procedural level design in a very cool way; you get shown where major thoroughfares are, but the smaller chambers to get there are never the same as your last playthrough. Seriously, this is a cool mechanic, but it also feels like there are only ten-ish different designs that a chamber can have. They may not be the same as they were last time, but that doesn’t mean I can’t memorize the different sets and still feel like I’ve got my wits about me.

Alright, bad stuff out of the way. They’re big things, but I don’t care at the end of the day. I had a great time playing Sundered, and I know that because even as I write this, I want to go back.

“If you’re looking for a Metroidvania-style slash-fest that won’t make your eyes weary, you’ve gotta check out Sundered.”

Sundered nailed the appeal factor in the way it allows you to take your lickings, bandage up, then level up through a huge skill tree. Each death brings a chance to get stronger and try again. Soon, you realize that you’re moving like a pro, and the experience is raining down. Then again, sometimes you need to take a breath, check your map, and realize the game is telling you to try another path and maybe unlock something pretty sweet in the process. I’ve never been a big fan of punishment games. You know, the one with the fire and the sword and the big knights – it’s not for me. But Sundered brings a sort of grace to the way that it lets you grow through each failure, even if it means things won’t be where you saw them last.

As I played, I was very aware that assets were being reused, and sometimes it was a bummer to explore “new” areas that weren’t actually all that new. But looking back, this game could have taken place in an old thrift store, each aisle the same as the last and I still would have had a great experience with it. If you’re looking for a Metroidvania-style slash-fest that won’t make your eyes weary, you’ve gotta check out Sundered. 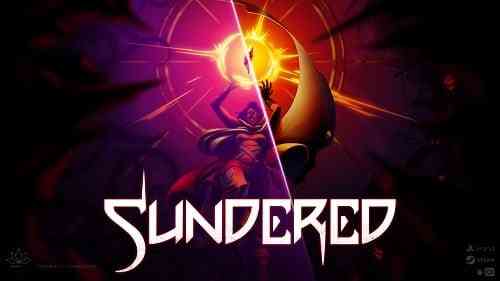