VR is still getting its sea legs, so I’ve traditionally viewed VR games through a special lens. “Is this a great VR game? Or is this a great game?” Archangel is one that’s come the closest to bridging that divide for me, to be the sort of game I can recommend without qualifiers. It’s a fantastic experience. Period.

When I heard about Archangel – a game where you pilot a six-story mech and shoot missiles and blow up enemy tanks – I figured the story would be little more than a placeholder, something generic to get me from Point A to Point B… but no. This is a game with characters, motivations, backstory. The United States has been torn apart, seemingly by a corporate entity known as HUMANX, and you and your squad are part of a resistance movement developing the aforementioned giant robot that will turn the tide of the war.

Predictably, things go wrong, and suddenly you and your crew are on a cross-country journey to deliver the mech to the resistance headquarters. You spend a good chunk of each mission conversing with your squadmates, and I enjoyed getting to know them. The dialog is smart, fast paced, and well acted. The game even has a sense of humor. It’s remarkable, and I can say I’m ready to see where the story goes in the (hopefully inevitable) sequel.

“Your two shields are controlled by each arm, and being able to bring one around to the front, raise a shield, and continue firing with the other arm feels fantastic. “

There are two ways to play Archangel: with the DualShock 4 controller, or with two PlayStation Move controllers. I highly recommend the Moves if you have them. The game is fundamentally an on-rails shooter, and control is tied to your head and arms. Looking around in your cockpit also turns the mech’s head, with the slightest bit of intentional lag to simulate the fact that this is a machine you’re controlling. “Lag” sounds bad, but this feels very good. Individual control of each arm is possible with the Move controllers, and while keeping track of two aiming reticles can be tricky, it’s preferable.

Your two shields are controlled by each arm, and being able to bring one around to the front, raise a shield, and continue firing with the other arm feels fantastic. You’ve got your standard array of machine guns and missiles, with upgrades doled out as the story progresses. Additionally, you can improve the qualities of your weapons and shields in between missions, spending points you earn by performing well in combat. 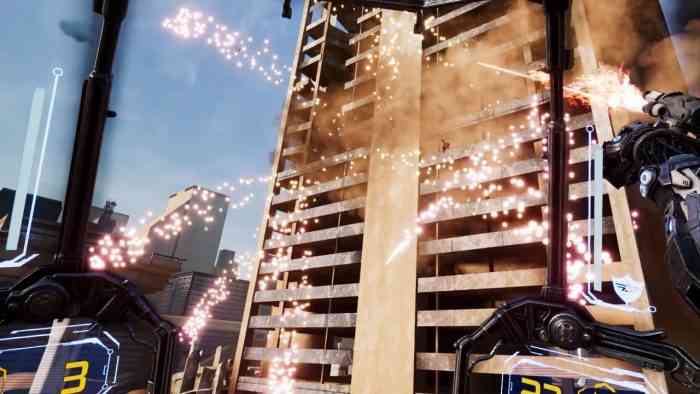 The one area where Archangel doesn’t quite make it is in the graphics department. You’ll be seeing a lot of plain-colored buildings, low-res textures, and samey looking enemies. Your cockpit and mech body are probably the most detailed objects in the game, and if sacrifices had to be made, I think that was the right choice. Messages from your friends and enemies show up via video that appears in your cockpit, and no attempt was made to sync the lip movements with the actors – they appear to be pre-rendered with only a handful of animation frames. The sense of scale is still remarkable, and the lo-fi graphics in no way dampen the gameplay, but it’s worth noting.

“The final battle in Archangel is one of the coolest, most epic experiences I’ve had yet in VR.”

Sound effects are your standard explosions and radio chatter. The music isn’t particularly memorable, but it’s appropriately epic. Voice acting is actually pretty darn good, another pleasant surprise. One minor complaint: during high-intensity scenes, with explosions and guns firing and enemies attacking, it can be difficult to hear your in-cockpit AI and squadmates, which might cause you to miss an important battle hint. I looked for a way to adjust the audio balance and unfortunately came up empty. Minor annoyance.

The final battle in Archangel is one of the coolest, most epic experiences I’ve had yet in VR. The sense of scale and power you feel makes this a new high watermark for the PlayStation VR platform and for VR in general. If you can overlook the iffy graphics, you’re in for an immersive and moving experience. 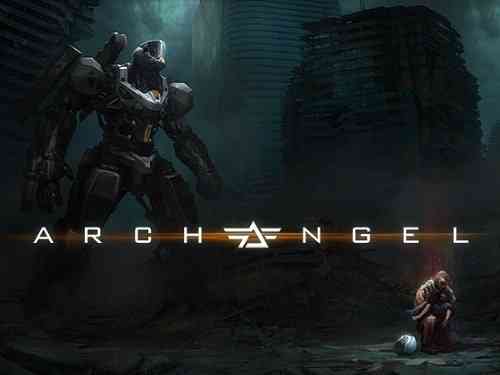