Giants of the platforming genre have influenced a multitude of games which has resulted in some of the greatest titles in the history of the medium. Standing atop a mountain of bananas and beating his barrel-like chest, the red tie-sporting gorilla has inspired many games but only a few have been able to capture the essence that made the Donkey Kong franchise the pinnacle of the genre. Created with love and admiration for its predecessors, can Stitchy in Tooki Trouble swing alongside its forefathers?

Stepping up to the plate is Stitchy, a scarecrow in search of stolen corn from the despicable Tooki. Most protagonists feature gimmicks that relate to their character but unfortunately, this isn’t the case with Stitchy. The possibilities of skills that could link to a scarecrow are endless but unfortunately, none of these are realized and instead the game relies on tried and tested methods of the past. Maneuvering the eponymous character is rather slow, and lacking the weight we have become accustomed to with greats of the past, however, due to the stroll-like pace, this acts as a perfect gateway to the genre for younger gamers. This is established further with its simple control scheme. With the ability to double jump and slam with ease, the game’s use of two buttons makes this a breezy, saunter through obstacle-ridden courses.

Each of the three worlds is made up of nine levels, which house three totems that grant you access to an unlockable stage. These are positioned in simple places requiring little exploration for seasoned gamers, however, younger players may find this a little more challenging. Clearly portraying its target audience, even the difficulty of additional levels is rather low.

From jungles to snowy mountains, the environments are full of character making the perfect backdrop for Stitchy’s adventure. At times, creatures in the background can interact with the foreground adding depth to the field of play. Kraken’s tentacles crash the surface stifling your movement adding dread and danger at key points. In addition to this, platforms rock and react to the environment, temporarily raising the challenge of particular sections. I would have loved to have experienced more moments like this in the game and even the concept to be taken further but regrettably, this isn’t the case as the title relies on staples of the genre. 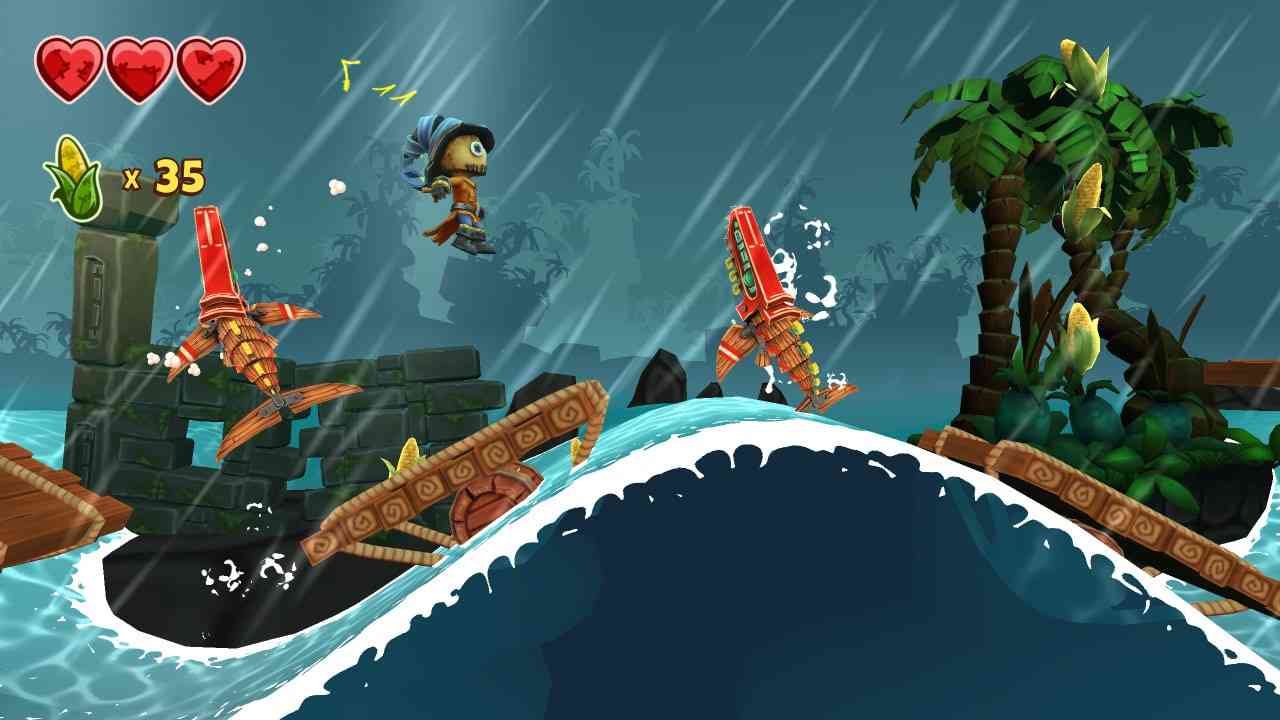 Polygoat BVBA shows some ingenuity with the level design. A highlight of the game was a minecart stage where the tracks are constantly moving. This deliciously devious design showed true promise of the developer’s talents, however, these moments are few and far between. Due to Stitchy in Tooki Trouble’s focus on accessibility, there is a lack of challenge. Even when burning hot lava is racing towards, Stitchy continues at a jaunty pace, losing the intensity that should engulf these moments.

Bosses are large and full of personality. From the ferocious bird to the remorseless robot, the foreboding stature of the culminating creature makes each encounter a thrill. Evading is key at these moments and is vital to your success. Fights progress nicely, altering the environment and attacks in order to build to a frantic finish. Although there are only three of these battles, each has a gimmick that makes the fights unique.

The vibrant art style is endearing and instantly submerges you within the world. With bright blue seas that lusciously overlap the terrain and rusted factories that echo the industrial revolution, the range of environments is impressive and they are wonderfully realized. Influences are prominent in the design of areas, which harken back to classics of the genre. As you venture through the terrain, you are greeted with a light-hearted soundtrack that echoes the greats of the past. Although this suits the intended atmosphere, the reliance on emulating elements of the DK series takes away any individuality of the game.

Stitchy in Tooki Trouble is a lovely introduction to the genre for younger gamers. Although the title lacks challenge for those more experienced, the passion for the product is evident and will communicate with youths. There are a few missed opportunities but it successfully achieves its goal of being an accessible platformer. 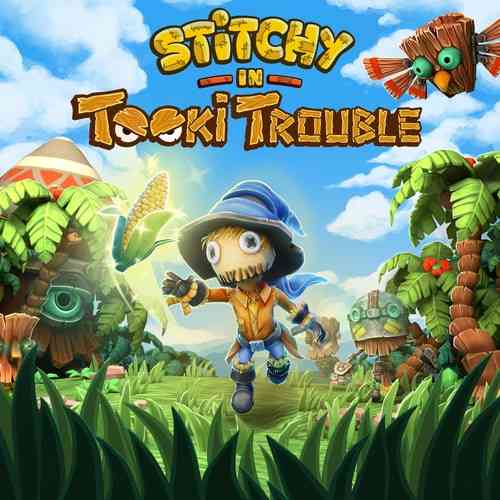 
Oxenfree II is Layered, Nuanced and a Complex Tale of The Supernatural

AWAY: The Survival Series Review – An Arduous Trek