In a galaxy far far away….developer Zen Studios decided to combine two epic forces – The Nintendo Switch and the Star Wars franchise. Zen Studios is the best of the best when it comes to virtual pinball. They released their first Pinball FX game in 2007 on the Xbox 360 as an XBLA title. Fast forward to the present day and their latest effort has just released on Nintendo’s dual console, and the effort and passion for not only pinball but the Star Wars franchise as a whole, can be seen on display in Star Wars Pinball.

First off, there is a ton of gaming here.  Star Wars Pinball instantly forces you to make a choice. Anyone who is a fan of Star Wars should know what I mean, as you must choose between the Light or Dark side. As you play the game the points you earn will contribute to which side you chose and the game even has community challenges at various times for a little extra push to your score. The Career Mode has 5 different operations with various ‘missions’ in each one. Play time here unlocks special Force Power and Talent bonuses; think Jedi mind tricks but for pinball. This is a great way to enhance the overall experience as it adds a set goal and a variety of different missions to complete instead of just always focusing on your score.

In-game audio can be summed up as pretty much perfect. You’ll find that each table piece (e.g. bumpers, ramps, etc)  in each machine has a specific sound. When you hit items or move across the board, there is a ton of individual sounds that will fill your ears. Characters are voiced very well to sound like those in the movies or animated series, but they are not the authentic actors from what I understand. The music is exactly what you want from the Star Wars Franchise as a whole, covering more than just the iconic theme. There is A LOT of music to be found here as the entire soundtrack can be found throughout the game. Zen Studios even threw in a Cantina Jukebox which will turn your Nintendo Switch into a music player with all of the tracks from the game.

Star Wars Pinball also features tournaments which allow players to compete against other players from around the world with various rules and on various tables. The tournaments are constantly changing which can really appeal to your competitive side.  Do not worry though, there is a simple classic single-player mode where you can dive right into a table and simply play. Zen Studios really captured the look of Star Wars with each individual table. Graphics are polished and clean, some tables even feature clips of famous scenes from the movies such as: Luke Skywalker dueling against Darth Vader, Kylo Ren vs Rey, R2-D2 sharing Princess Leia’s hologram message, etc. Even animated characters from the Clone Wars look great here. The attention to detail is uncanny as you will find tiny details on the table such as words or small lights being quite noticeable.

Speaking of the tables (machines), each one is completely different with tons of hidden minigames. Tables focus on the huge Star Wars franchise library and you can tell that Zen Studios are Star Wars fans. Why is that you ask? Well, their effort really shows the dedication to the franchise they have and you can tell that they wanted this to be what a Star Wars fan would want. Nintendo Switch is the way to play Star Wars Pinball as Zen Studios really leverages the control pad here. Start a game and you have the option to turn the pad length-wise, which really allows for a better view of the table and draws you in more by creating the almost perfect virtual pinball experience. Think of what a real pinball table looks like and then think of it on the Switch turned sideways, and you pretty much have the same ratio to view.

Zen Studios is our only hope and I like it that way. The passion they have for the Star Wars franchise AND virtual pinball is undeniable. With over 15 tables, a career mode, online tournaments and challenges, this game will keep you busy for quite some time. Star Wars Pinball is a fantastic pinball game and a fantastic Star Wars game, all wrapped up into one package. No one needs to use any Jedi Mind tricks to make you play it though as I cannot recommend Star Wars Pinball enough. 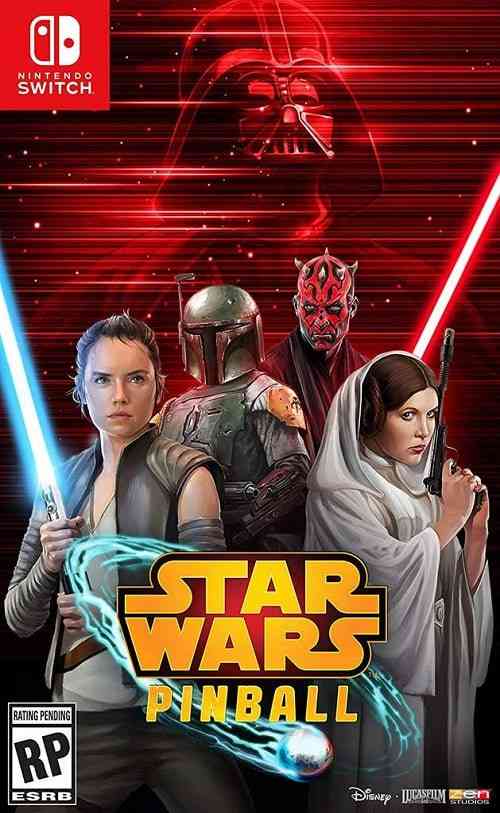