Might Want To Wait Until This One Is On Sale

Last month’s Star Wars Pinball: Solo Pack for Pinball FX3 is a decent collection of three Solo-inspired pinball tables that wouldn’t be an ill-advised purchase for any Star Wars fan. Unfortunately, two of those tables are lacking in comparison to one really fun Lando-inspired level.

The three tables are titled Solo, Calrissian Chronicles, and Battle of Mimban and all three are mostly based on scenes from the 2018 film Solo: A Star Wars Story. 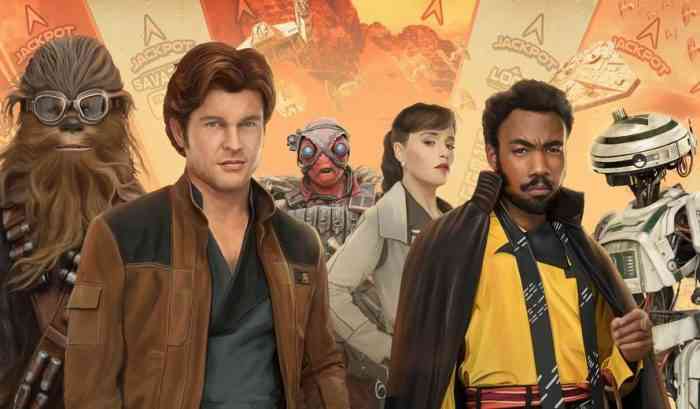 An Overview of All The Tables

The first of the trio, Solo, features Han and his towering furry pal, Chewbacca and the main artwork on the table depicts most of the cast of the recent movie. Lando’s co-pilot in that film, L3-37, is also on the table, though the snarky, likable droid unfortunately doesn’t appear to have any voiced lines. 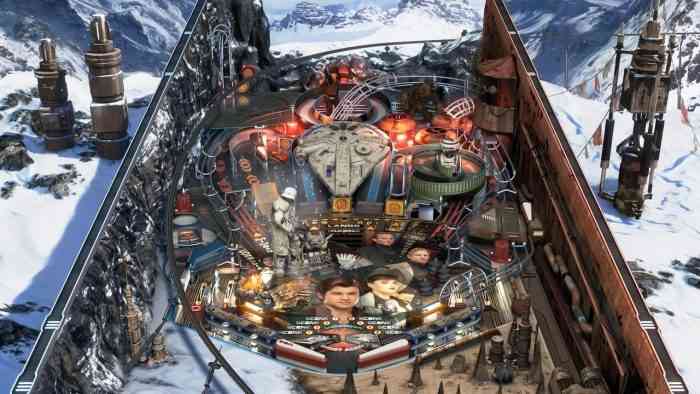 While the Game Over screen that shows Chewie putting his arm around Han’s shoulder is somewhat touching, this table suffers from having too many things getting in the way of the pinball. That little gray metallic ball would frequently bounce right back onto my bumpers whenever I launched it up the board and all those in-game objects would slow my scoring momentum to a crawl.

While I appreciate a challenge, the design of this table made it my least favorite in the table pack.

The second table, Calrissian Chronicles, is all about the smooth-talking smuggler, Lando Calrissian. Lando’s charismatic personality and the more open design of his table led me to replay it again and again. That said, this design lead to the table being so easy that even a pinball novice like me was able to rack up high scores left & right. 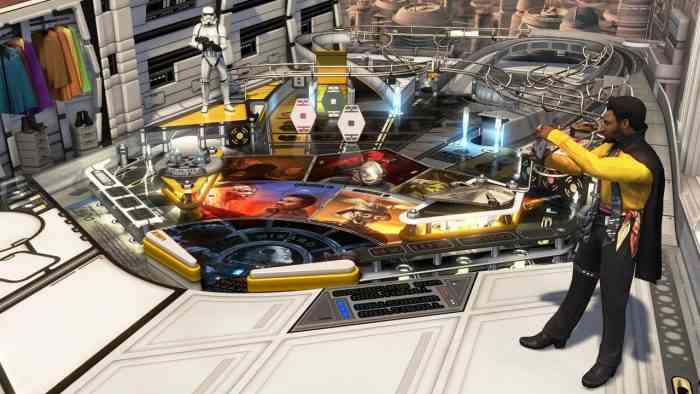 However, this table’s bright & colorful design along with having the ability to choose different scenarios involving either in-game models (sort of) acting out scenes from different Star Wars media or voiced lines from Lando & other characters make it a treat for series fans. Also, choosing certain scenes can result in the default Donald Glover model of Lando changing to the Billy Dee Williams version of the character, which was a nice touch.

Lastly, there’s the Battle of Mimban table which struck me as kind of ugly in terms of its visual design. In contrast to the other two tables, this one has an industrial metal aesthetic and focuses on the Empire. However, in terms of challenge, I found this table to be a nice balance between difficult & easy. 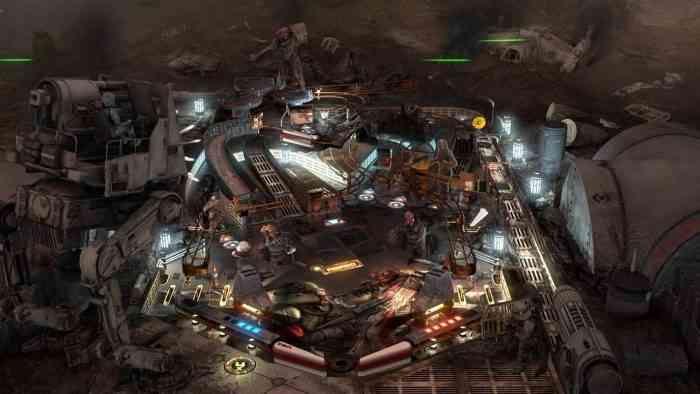 The main flaw of Battle of Mimban is that there’s a lack of distinguishable characters. The voiced lines all seem to come from generic Star Wars characters and none of the in-game models stand out much.

There’s an interesting battle mechanic involving the Imperial forces & the Mimbanese Army having power levels that can be raised depending on where the player shoots their pinball but the overall map was so dull that I didn’t care much for it.

In terms of sound, these tables feature some decent Star Wars music but the Solo table is the only one that has anything memorable. However, the sound effects for the whole table pack certainly did a good job of invoking the pack’s Star Wars theme.

Blasters really sounded like blasters, the AT-ST on the Mimban table sounded appropriately powerful whenever it fired its main cannon, and the voiceovers for Han & Lando sounded pretty close to the actors who portrayed them in the Solo movie.

Overall, Star Wars Pinball: Solo Pack is a decent but not great collection of pinball tables for Pinball FX3. The tables mostly have cool visuals, their level designs don’t usually get in the way of the pinball fun, and the sound design certainly makes this table pack feel like Star Wars. However, with a $10 price, Star Wars and pinball game fans alike should probably wait until this table pack goes on sale before picking it up.