The World Ends With You Final Remix Review – Familiar Tune

The World Ends With You Final Remix Review

The Nintendo DS was a unique system among handhelds. The dual screens paved the way for a host of fascinating new control schemes and ideas. The World Ends With You was a landmark achievement in portable action RPGs, blending touch controls with a heartfelt story and an excellent aesthetic. Eleven years later, Square Enix is bringing the game to the modern age with a port on the Nintendo Switch. Although it’s a portable system, the transplant process required a few important changes. The results are mixed, giving us a faithful yet troubled version of the original release.

Let’s start with what works. The graphics and sound are still lovely. I found myself sucked right into the music once again, even after 11 years away. Never mind how goofy those tunes are, I could play them on repeat all damn day. The visuals upscale nicely to both the TV and the Switch, which I appreciate. Although the animation is a little stiff, the art still feels proper fresh. When you’re playing the game in handheld mode, the touch controls come to you as easy as breathing. I stumbled through a move once in a rare while, but Neku and friends mostly responded quickly and easily. The Joy-Con controls are a different story, though.

I admit to a certain bias here. As a gamer in his 30’s, I was slow to adapt the first waves of motion controls. Skyward Sword and I never got along as well I would have liked, with certain friends baffled by my troubles with the game. To that end, using the motion controls was never going to be my default with TWEWY. On the other hand, I’m pretty sure that these are just janky, terrible controls. I tried my best to make them work, but eventually, I had to give up and go fully portable. The first major boss was just too fiendishly difficult while the Switch was docked. Having to point carefully at where I wanted my next attack to land or where I needed to run was just too clumsy. This game requires precise inputs which the motion controls just can’t accommodate. 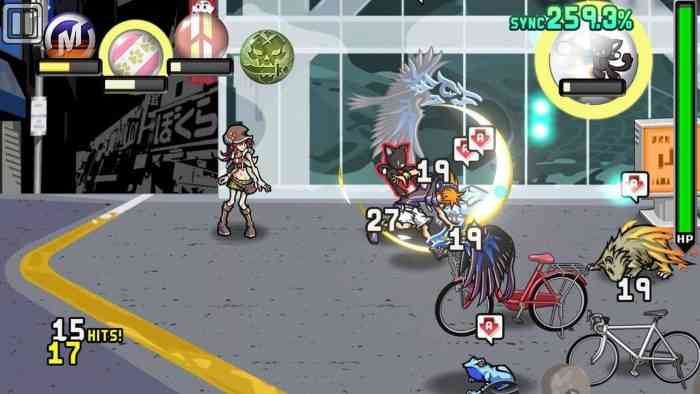 Once I gave up and went portable, my experience with TWEWY was vastly improved. The story is rather heartfelt, in a painfully juvenile sort of way. Neku and crew learn a lot about themselves during these deadly games, with a new poignant lesson imparted every seven days. Angst aside, the writing still makes me chuckle. This game may be a decade old, but the localization is still on point. I enjoyed the combat enough that I found myself wasting time with fights instead of pushing through the story. There’s a real zen rhythm to maxing out those pins that I couldn’t get enough of. Plus, the touch controls still offer enough attack variety that you’re never really bored.

‘Final Remix’ suggests the presence of new content, which TWEWY technically has. If you find and defeat certain reapers throughout the main story, you’ll be given access to a new chapter of the game. It’s a pleasant addition, but I’m not sure it feels like enough. For me, the base game is fun enough that I’m okay with whatever new content is offered. I can understand this frustrating some people, though. If you’ve never played The World Ends With You, Final Remix is easily worth the investment. My recommendation is a more cautious one if you played the original game. Especially if your enjoyment is tied to the dual screen control system. I don’t miss the second screen and the stylus, but I do recognize how integral they were.

Still Fun To Fight The Noise

I had a lot of fun with The World Ends With You: Final Remix. After my motion-based rage died down, I learned to really love this port. It’s a great game to pick up and play whenever you find the time. They’ve even retained the feature that gives you experience while you’re away from the game. I realize that I’m in a unique position, though. My nostalgia for the game isn’t connected to gameplay. Instead I’m wistful and rosy for the zen-like grind and the charming aesthetic. If you’re okay with playing this game in portable mode at all times, I can easily recommend Final Remix. If you’re put off by the motion controls, or if you were looking for more in the way of new content, then purchase this one with caution. 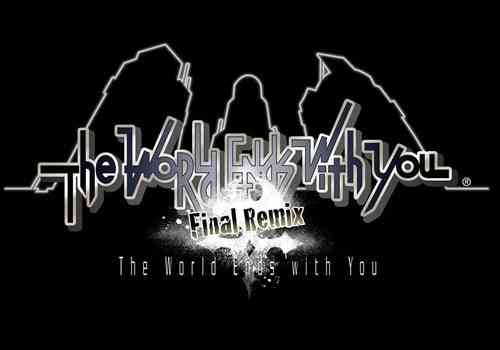