SpongeBob SquarePants: Battle for Bikini Bottom – Rehydrated (Rehydrated from here on out) is bursting at the seams with the signature charm that the franchise has endeared audiences with for over twenty years. It’s not going to win any game of the year awards. I’d be surprised if it cracked someone’s top 10. But I don’t think that’s necessarily what Purple Lamp Studios is interested in. Rehydrated is quite clearly a labor of love project for the young, Austrian, group of developers. And fans of the series need not worry – Rehydrated landed in competent hands.

If there was one selling point for Rehydrated, surely it would be the way the world of SpongeBob, Patrick, Sandy, and all the others is faithfully recreated. The game is dripping with fan service. To the point of even casual viewers of the show will assuredly come across at least one gag they’re familiar with. Whether it be the bus that SpongeBob can never catch, Mrs. Puff’s reluctance to let SpongeBob drive, or any number of jokes that call back to the show, I found myself feeling blissfully nostalgic for my childhood. A summer long passed. And above all else, that’s what Rehydrated gave to me.

Aside from fantastic attention to the source material, Rehydrated is also a dream to look at. The luscious green grass, the gorgeous deep blue sea, the golden rays of the sun beating down on Bikini Bottom. Everything comes together tremendously, and I was sucked into the world from the second I stepped foot out of SpongeBob’s house. And speaking of SpongeBob, the character models are equally as impressive. I’ll admit that it’s strange seeing them in 3D, and it’s just bizarre noticing the rough and spongey texture that now adorns Mr. Squarepants, but you quickly get used to it. I’d even admit it wasn’t long before I was hoping to see more of this style of SpongeBob further fleshed out. Perhaps used in a television show.

But more so than wanting to see a 3D SpongeBob show, I wanted to see a greater variety to the missions. Each task essentially boils down to a fetch quest. Go here, hit this switch, turn that dial, defeat these enemies – you know, the usual rigamarole of a game based off of a children’s cartoon. And I can get behind that classic video game loop that every one of us has experienced. But by the time I was nearing my 100th ‘Golden Spatula’ – the games marker for 100% completion – I started to feel like I was drowning, repeating the same job, over and over. Thanks to the characters all controlling with fluidity and precision, however, the platforming is solid. It does an excellent job of keeping things fresh enough to encourage continuing on, but it certainly would have gone a long way for Rehydrated to introduce a few different mission types. 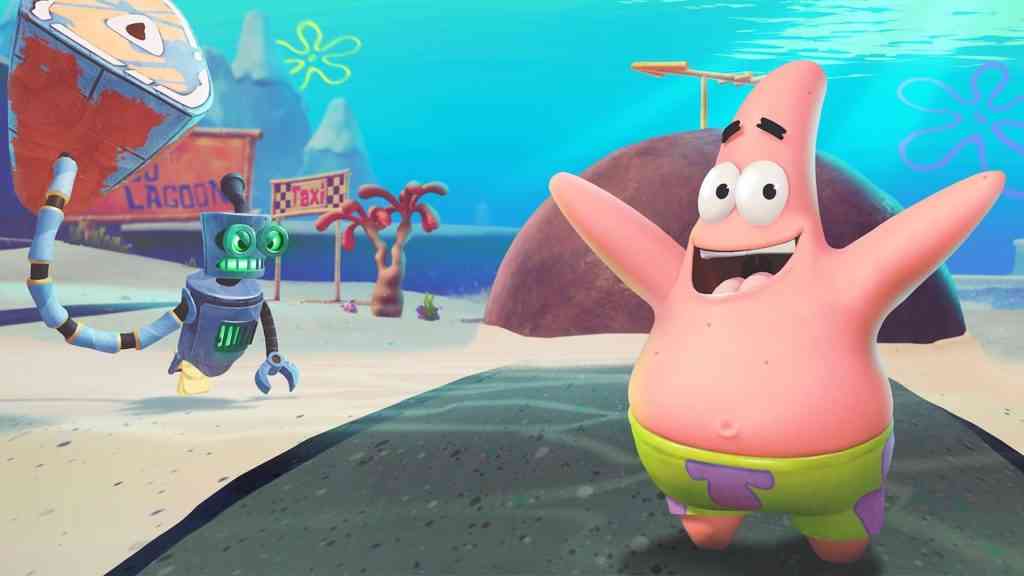 In fact, maybe ‘Repetition’ would be a more appropriate subtitle for Rehydrated. If the mission structure had me feeling like I was capsized, the repetitive nature of the music and character dialogue made me want to lace up my cement boots. The songs themselves are incredibly well put together, but each area only gets one track that plays on repeat. And it’s all fun and games until you hear SpongeBob proclaim “Fresh like a spring breeze!” for the 1500th time. Or you hear Squidward huff out the same three notes from his clarinet for 45 minutes. Or you see Patrick unable to keep his pants from falling down as he stands still. Okay, that last one absolutely warmed my heart. But you get what I mean.

While I really did appreciate the quality of the voice acting, it was tough to ignore the characters that weren’t played by the same actors on the show—SpongeBob, Patrick, Squidward, Sandy, even Gary sound perfect. The performances turned in are as good as they ever have been, but this spotlights the characters that aren’t given the same treatment. And thus, they stand out like a sore thumb. Barnacle Boy and Mermaid Man I can live with. But the second I heard my main man Mr. Krabs speak, I thought I was having some sort of horrible, lucid nightmare. Maybe I’m nitpicking, but these are iconic characters of more than two decades, and I would be lying if I said the little boy inside of me didn’t weep for the legendary Clancy Brown.

One thing I can say for certain is that even the most rudimentary of gamer will stroll through Rehydrated with little effort. There’s next to no difficulty here, with checkpoints generously dolled out and the penalty for dying being non-existent. The complexity of the levels offsets this somewhat, and I was surprised at the amount of depth to the stages that you initially don’t even notice is there. Upon entering a new area for the first time, things may look straightforward, but start looking for every sock and Golden Spatula, and you’ll find each level well-thought-out and fun to explore. 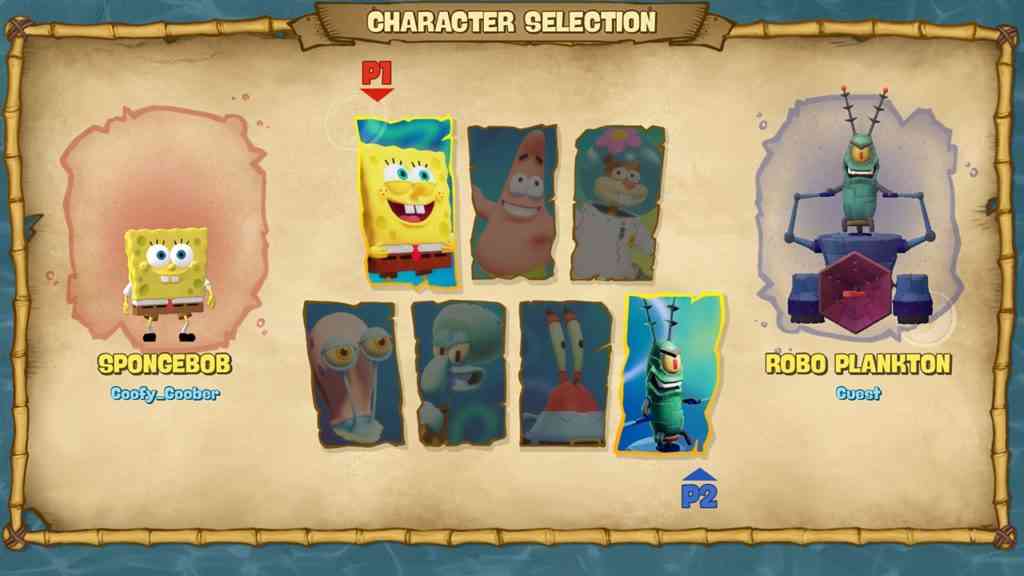 There’s one part of Rehydrated, however, that seemingly had the opposite of thought put into it. The multiplayer mode on tap here is one of the sorriest excuses I’ve ever seen for co-op gaming. You and one other player select from a list of seven characters and work your way through a series of utterly interchangeable islands that grate on your psyche like a lobotomy. It’s a survival mode, so you’ll be working your way through wave after wave of enemies as you progress through these stages. But Rehydrated’s version of this game mode does something I’ve never seen before. If both players die, it completes the wave for you. I like feeling as great at video games as the next guy, but I couldn’t help but sense that Rehydrated was mocking me at that point: a classic SpongeBob move, no doubt.

There’s no reason for fans of the television series, or fans of the original game to not check out Rehydrated. It does a brilliant job of encapsulating the source material’s feeling, all the while updating the mechanics to feel fresh, snappy, and modern. Just keep in mind that Rehydrated is based on a game that was made in 2003. Many of the old tropes from games of this era, like repetitive NPC dialogue and music, have made the seventeen-year journey to affect Rehydrated the same way they did the original all that time ago. But I also think the shortcomings are made much more bearable by everything Rehydrated does right. It’s sort of like ordering a Krabby Patty, but they forget the pickles. It’s perfectly edible. Delicious, even. But it could be so much better. 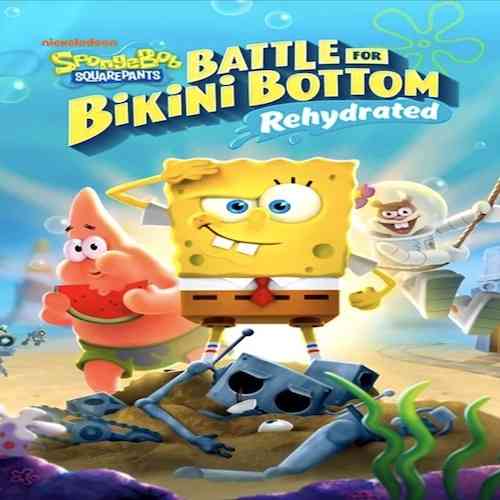