Summer in Mara is a game to love. It’s beautiful, the main character Koa is adorable, and the entire island feels like a place we would want to be in 2020. It’s too bad that the actual meat of the gameplay gets repetitive quickly and it’s tied down by a bit of… for lack of a better word… repetitive jank.

In the game you play as Koa, a young girl on the island of Mara who was abandoned (ugh) but found by a fish woman named Yaya Haku (YAY). And Yaya is a great character to ease your uptake in this world.

You start out on Mara while you slowly upgrade your boat to visit new islands. You’ll come across all manner of people ranging from the fish folk to alien-looking friends out for a stroll or awaiting some help from you.

The gameplay loop is one of picking up quests, and usually crafting what that quest requires. If you don’t have the materials, you’ll need to forage for them or ensure you have harvest available. As you get out into the ocean, you can find new islands but you’ll quickly learn most feel particularly empty. It isn’t helped by the fact most, if not all, quests feel like fetch quests without divulging much story. 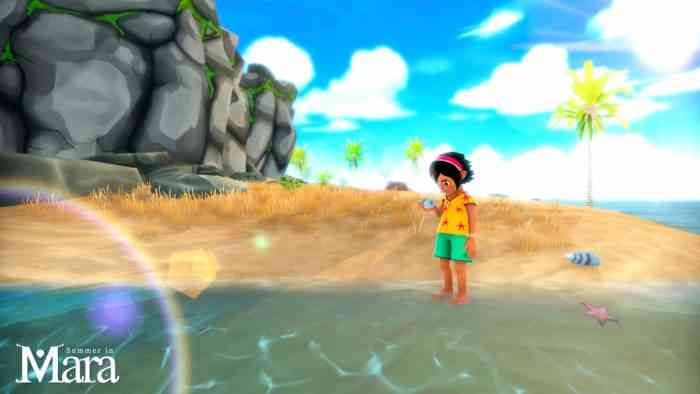 And so I had to wrestle with my emotions. Games like Summer in Mara evoke such a sense of relaxation but that relaxation is overtaken by unsatisfactory busy work. Go here and gather three logs. Now run there and click a thing. Now go gather five more things. Animal Crossing: New Horizons has a similar problem but you’re rewarded often with new furniture or new villagers to interact with. There’s more permanence in what you’re trying to achieve, while Mara seems content to have Koa just running around finding things and then finding where the NPC moved to. It’s a bummer and leaves you the feeling of wanting more.

There are moments in the story that do offset the repetition with some nice twists and absolutely gorgeous cutscenes that ebb against Ghibli, but they’re ultimately eroded later against the loop that gets even more tiresome as you venture farther out. For some reason, crafting itself is limited to your home on Mara so finding what you need out while exploring the ocean will eventually drive you back to home to use a clunky interface to make a thing and then repeat. Games of this generation make crafting more portable and I’m unclear why it’s anchored in such a way here. Just let me put down a workshop or bench and go to town wherever I am.

This return trip does much to hit home the missed opportunity of this world. You can see what the developers were going for, but perhaps for reasons unknown they were unable to get there, thus leaving Summer in Mara in a place of almost but not quite. Crafting is clunky, the UI of where to go for quests is ambiguous at best, and it all leaves you feeling bummed out. 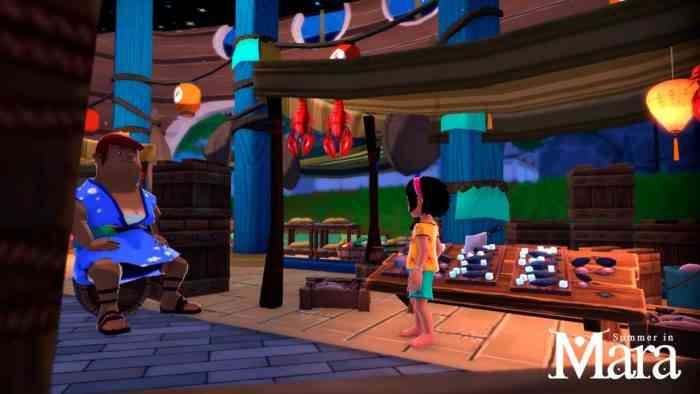 Summer in Mara was a game I wanted to love, but its core designs around crafting and questing left me wanting. It’s a shame, as I think it could’ve been something truly magical with more time to cook and less reliance on fetch quests.

***Reviewed on Nintendo Switch with code provided by the Publisher***

KAKU: Ancient Seal Will Release On PlayStation and PC In 2023
Next SpongeBob SquarePants: Battle for Bikini Bottom – Rehydrated Review – Fresh Like a Spring Breeze
Previous West of Dead Review – A Soulful Hybrid in Purgatory