The smell of cheap whiskey, hardwood, and dirt rests in the air. The bartender keeps wiping down his dirty glasses, giving you a slight nod. Out through those doors is your next shot at salvation. If of course, you can make it through Purgatory. But, this isn’t your first day being dead, and it probably won’t be your last. Developed by Upstream Arcade, West of Dead promises an experience unlike what you expect from a classic rogue-like and to that end it definitely delivers. Death, you see, isn’t always the end.

As stated in protagonist William Mason’s opening monologue, when folks die they probably don’t imagine waking up in a dingy little saloon. Right from the outset you can tell this is the kind of game that would be taking a long drag off of a cigar in the corner before drawing two fist-fulls of lead for anyone looking to start trouble. Mason looks like your typical gunslinger – minus his Ghost Rider-style visage of a flaming skull for a head. His dialogue elevates the gameplay by several notches with his grim tone and matter-of-fact experience coming through in spades. It also doesn’t hurt he is voiced by the truly legendary Ron Perlman. If Mason had been a silent protagonist it would have been a serious setback in tone and narrative of the game.

West of Dead is presented as a rogue-like shooter but it’s the combination of these mechanics and those found in a tactics game that makes this unique. You still have the threat of death-causing you to reset, traversing through procedurally generated dungeons, and searching for weapons and upgrades as you go, but West of Dead also introduces one combat feature not often seen in rogue-likes: snap to cover. Moving near cover will get Mason out of harms way and allows players a moment to gather their wits and shoot from cover. Of course, cover can only take so much damage before it breaks so you need to be on the move, but introducing this mechanic takes West of Dead from a simple shooter and elevates it to a true Western experience.

Intelligence and quick reflexes are the name of the game. There is a lot to be mindful of: reload time, enemy distance, integrity of your cover, and so much more. It doesn’t take a lot of bullets to stop Mason in his tracks so the slightly slower pace is vital to survival. I did find some enemies can fire faster than I was prepared for to the point I often felt like my dodge was cheated out of keeping me safe. It does keep the difficulty up but I found myself annoyed at taking undeserved damage. 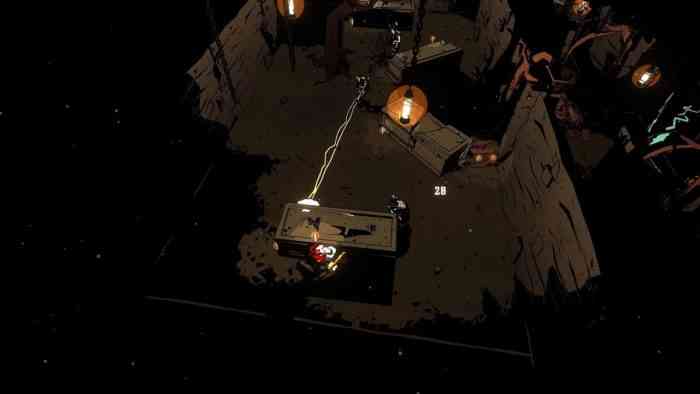 West of Dead is a game dripping with gritty personality. The simple, flat colors with phenomenal shading and lighting details truly make the game pop like a comic book. Strong lines add texture and depth to objects in the world around you, and lanterns can be struck to temporarily blind nearby enemies hiding in the dark with a brilliant effect. These muted tones and simple graphical choices keep you immersed in the moment and focused on any enemies or hidden treasures.

The game has a fixed camera and some unique geometry to the randomly generated levels that help give it that otherworldly feel, however, the aiming indicator doesn’t always align perfectly with said geometry. I might be aiming directly at an enemy but due to uneven ground or an oddly displayed angle, my shots were just off to the side. It was easy enough to adjust for, but in a game where every bullet counts it was a minor annoyance. Enemies will drop lead for the games currency, used to buy items from the odd travelling shopkeeper tucked away in every stage, but they also drop sins. Upon completing a level you can cleanse yourself of these sins and use the points to permanently unlock weapons and upgrades for future runs after you inevitably die. The first stage alone often gives you enough to fully unlock one new feature so dying often early in the game really isn’t an issue. 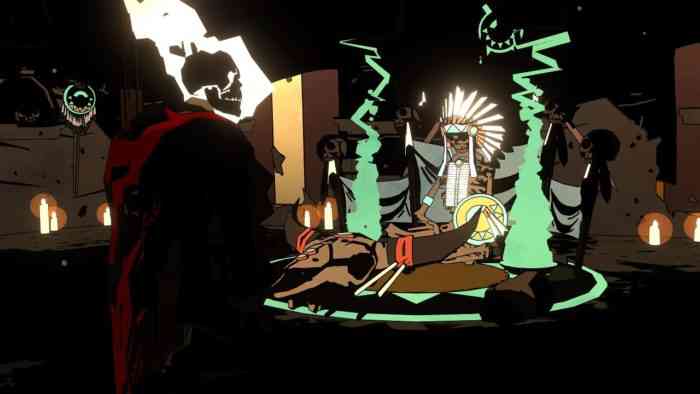 In typical rogue-like fashion, players will come across upgrades in the field to enhance your character. West of Dead offers HP, weapon damage, or ability enhancements but unfortunately, that’s about it. This is a mixed bag as many rogue-likes offer a variety of random upgrades, but West of Dead is trying to tell a story and maintain its tone. It doesn’t want to be too outlandish in its gameplay and so all those unique and wonderful abilities you may be used to in other games come attached to specific weapons you’ll unlock or discover along the way.

Dealing extra damage while behind cover, the last shot in the chamber always being a critical hit, and so many more special weapons are randomly scattered across the world. You can only carry two at a time (one per trigger) so I found the best option was a long range rifle and a hand gun to cover my bases. Swapping to a new weapon drops your previous one in the same spot so you don’t have to worry about picking up a gun you end up hating and missing your old six-shooter. 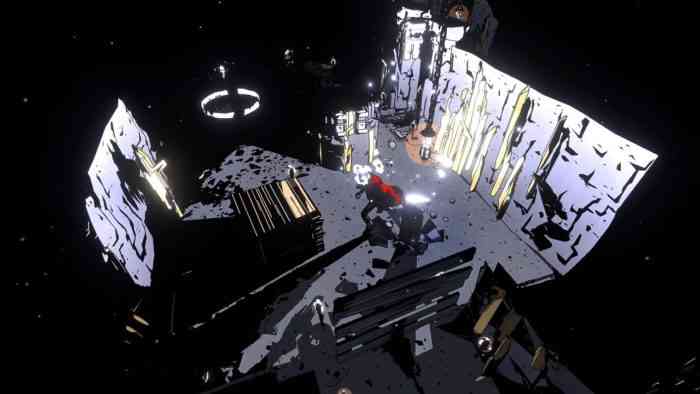 West of Dead offers a satisfying blend of tactics and rogue-like gameplay that I didn’t expect. Levels offer plenty of options for how you want to approach a situation, the gunplay is fast and precise, and the execution of creating a wild west style shoot out is perfect. The game is dripping with personality and Ron Perlman delivers each word with purpose and meaning. Every aspect of gameplay and aesthetic is tailored to telling the story of Mason in a way that feels natural and unique. It’s a blast to play over and over again despite issues with the geometry interfering with aiming and dodging not quite feeling as useful as it ought to. 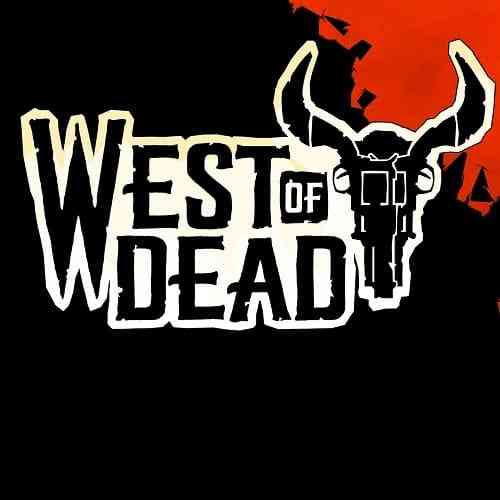