Sonic Mania is either a gift from the gods or an irrelevant footnote, depending on which version of the blue blur you lean towards. At first glance, this game is a portal to the days of cartridges, black plastic consoles and CRT scan lines. Even the title screen is an uncut hit of nostalgia plunging right into your veins. But none of this matters if Mania doesn’t feel like those old games, right? Thankfully, the developers share this opinion.

Our story starts in the usual way, with Eggman rolling in to ruin everyone’s day. This time he’s stealing chaos emeralds and wreaking havoc, a plot you may recognize from every sonic game in history. The in-game cutscenes are a bit light on dialogue, but it looks like old Robotnik is creating maguffins, aka convenient plot devices. All details aside, Sonic, Tails and Knuckles are going on a greatest hits tour of every good 2D sonic level, with a few new ones thrown in for good measure. The other Sonic narrative standard, rescuing woodland critters from huge metal canisters, is also present and accounted for. Does anyone else remember this from the old games? A huge part of Eggman’s evil plans used to involve capturing animals and turning them into robots. You still see birds and other creatures skitter away when you take out an enemy. But I digress.

“Green Hill Zone is more or less exactly as you remember it.”

Controlling Sonic feels just as it used to. That is to say, you’re too fast to be precise without a lot of practice. Platforming veterans who have softened under years spent in the Mario school of movement will be thrown for a bit of a loop. Again, this is exactly as it was in the early 90s. Sonic is supposed to be janky, careening and extreme. Mastering this system is all the more rewarding because it’s so unwieldy. For the most part. A lot of the hits I took from enemies happened because I was moving too fast to stop. Eventually, you memorize their positions and learn when to pump the brakes. Still, Sonic’s relationship with speed in the 2D games is… complicated. Speed is something you earn after mastering each stage, after perfecting the controls and after you’ve failed a time or ten. 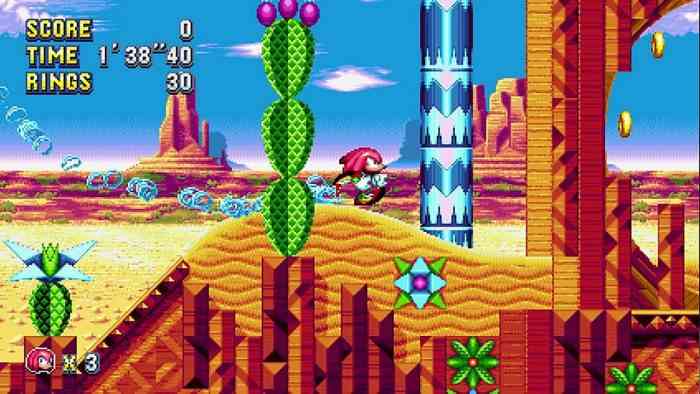 Part of this greatest hits tour is the chance to see old levels re-imagined in new ways. The developers pull this off with varying degrees of success. Green Hill Zone is more or less exactly as you remember it. Chemical Plant Zone goes off the beaten path and it’s incredibly refreshing by contrast. The stages have to strike this careful balance. Too familiar and the levels feel exhausting. Too strange and it doesn’t feel like Sonic anymore. Regardless of their relative freshness, every level moves crazy fast. Sometimes you feel like you’re on a guided tour, but for the most part, there’s a sense of agency, even when you’re at your fastest. If you don’t react quickly enough, these elaborate roller coasters can become traps you’re forced to stop and escape. Once again, speed is a trait you have to earn in order to experience.

Although pixelated 2D graphics are inherently nostalgic, I’m not convinced that the older Sonic games ever looked quite this good. The environments are all loaded with detail without feeling cluttered. Every stage is a carefully-crafted explosion of looping paths and intricate patterns. Studiopolis, one of the new stages, is drenched in a perfect palette of sunset hues. Rather than reality being dwarfed by my imagination, this game seems to outpace anything Sega’s old systems could produce. Yet, this still feels like a proper 16-bit game. Let’s not forget about the music, which is some of the best that’s been in any Sonic game in years. The chunky rock anthems from the 3D era have been stripped away in favor of a more bombastic pop sound, a fleshed-out version of the classic tunes from Sonic’s 2D heyday. While these tracks are a bit more complex than anything heard on the Sega Genesis, the nostalgic power is still operating at full capacity.

“Every stage is a carefully-crafted explosion of looping paths and intricate patterns.”

As much as I’ve loved playing Mania, I can’t deny that there have been a host of frustrating moments to go along with my enjoyment. Rings still operate in the same way, with your entire supply vanishing after a single hit. A modern save system means no more starting over from scratch, although there is still some pain involved in getting that game over screen. Certain bosses (remember Metal Sonic?) are just as frustrating as you remember them. That high-speed control system means that success in serious battles is a matter of both practice and skill. Cheap deaths are as aggravating as ever. There’s no feeling quite like getting killed over a half-second’s lapse in judgment immediately after taking that first hit. But these are grievances systemic to the entire Sonic franchise. Your nostalgic recollection of these games comes pre-packaged with all of this frustration. You may even hold a certain fondness for this particular brand of self-inflicted suffering.

For better or for worse, this is classic Sonic the Hedgehog at its purest. The graphics, the sound, and the controls are all pixel-perfect reproductions lifted straight from your memories. Everything you loved and hated about the old games is back. If you took the time to master the special stages back in the day, you’ll find many opportunities to dust off those skills. If you have fond memories of playing as any of these three iconic characters, you’re in luck! They’re all unlocked right from the beginning. Personally, I prefer the Sonic/Tails combination for those rare moments when he lends you a hand during boss fights. There was at least one stage I would never have passed without his help. In a way, this isn’t just Sonic as you remember him. Instead, Sonic Mania ends up being even better than what you hold in your memories. Fans of the classic Sonic games cannot miss this one. 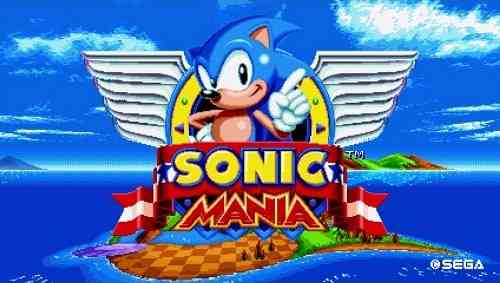 
Sonic The Hedgehog Collectible Statues Are Now Available For Pre-Order

PlayStation Plus Offers Users Borderlands: The Handsome Collection and Sonic Mania for June