Sonic The Hedgehog first released in 1991 on the Sega Genesis. Since then, the story and game grew in popularity as Sonic became iconic for his speed and collecting golden coins. The cult status of the character has solidified it in video game history and today, two companies have unveiled collectible statues for fans. Sega of America and Neamedia Icons have partnered to release Sonic The Hedgehog collectible statues. Neamedia Icons has constantly worked with popular products including Mario, Cyberpunk, Bomberman, Pac-Man and God of War. The upcoming statutes will be another for the collection! 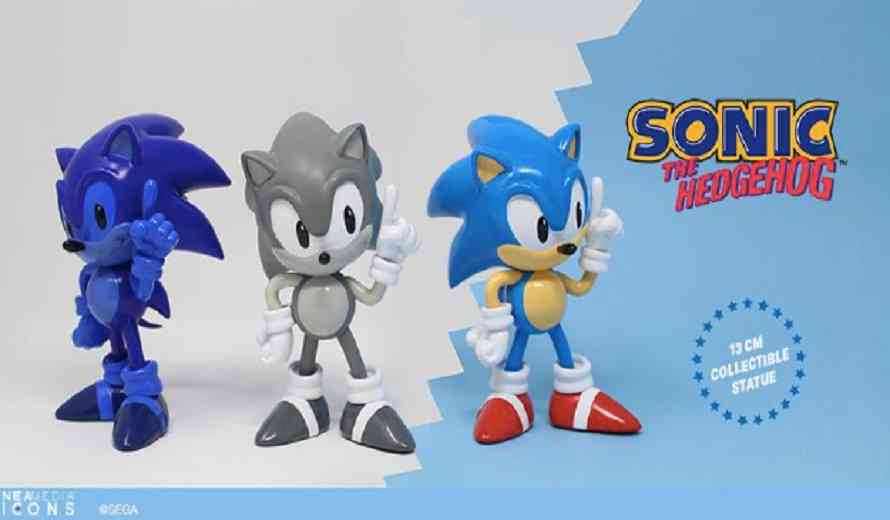 The all-new line of statues will be 13 centimeters high and are currently available for pre-order. Fans can get one of three colors, Classic Sonic, Grey Sonic and Blue Sonic. The price for each is €39.99. The collectible statues were inspired by the Blue Sonic’s early 90’s aesthetics. The model highlights the character’s rebellious but warm nature. Furthermore, fans will notice other features like a raised finger, smirk and red striped sneakers. Neamedia hopes that the statue will be timeless.

The creators have unveiled the statues at the perfect time as Sonic The Hedgehog 2, the movie starring Jim Carrey, is set to release in mid-April. Fans of the franchise have a lot of stuff to look forward to as the world expands. Additionally, the statue is perfect for retro gaming enthusiasts, nostalgic and other fans who want to celebrate the character’s growth.

Unfortunately, there is no confirmed release date for the statues just yet.

What are your thoughts on Sonic The Hedgehog? Are you a fan of the franchise? Will you be watching the upcoming movie? Are you interested in the collectible statues? Let us know in the comments below or on Twitter and Facebook.