SteelSeries has developed a reputation as makers of pretty high-end hardware. At least, this was the impression I’d held onto since I first heard their name many years ago. Until now, I’d never had the chance to properly test this assumption. Join me for part one of a three-part journey to discover whether SteelSeries is still making good gear.

For this installment, we’ll be looking at the SteelSeries Arctis 5 gaming headset. The first thing I noticed was how light they are. This presents a quandary of sorts. On the one hand, they’re incredibly comfortable. Yet something so light also feels flimsy. The left and right earpieces are held to the headband by a simple swivel, concealed by the casing. It’s a design decision that prioritizes aesthetic appeal over durability. There’s no way to know how sturdy those connecting pieces will stay with extended use. The visible components feel like they’re high enough in quality, with one exception. The microphone extends and retracts from the left earpiece. It’s attached with a single, semi-flexible piece of plastic. The way it’s allowed to shift in place slightly suggests it won’t be snapping off anytime soon, but it still makes me uneasy. The overall composition of the headset feels super light, but they’re put together such that they shouldn’t be falling apart anytime too soon. 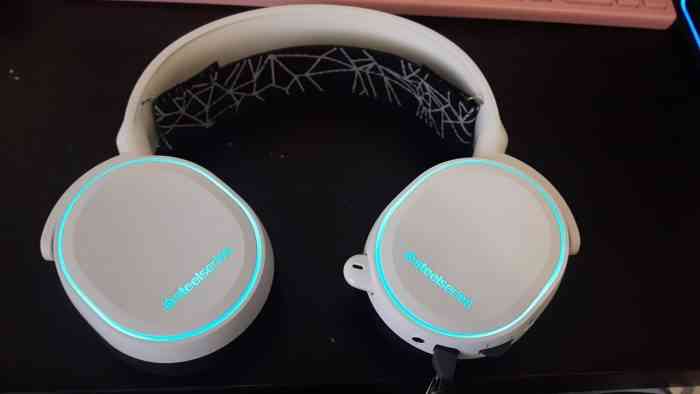 I’ve never used headphones that require software before. This isn’t to say they don’t work out of the box. They totally do! But there are two different volume controls built into the hardware. One set of volume controls doubles as a switch, shifting sound focus between game audio and chat audio. The other set is on the left earpiece. For the first few days, I didn’t bother installing the Engine 3 software. It didn’t seem terribly important. I assumed it would just control the RGB lighting built into the ears (more on that shortly). Imagine my surprise when I discovered that second volume knob didn’t work until I installed the software! After the updates were done, the two knobs functioned as intended, which was a huge relief. The moral of the story being that suggested software is often more than a suggestion, it’s necessary to make sure the headset actually works.

“If it’s feeling like a soft purple sort of day, that’s something you can express through these headphones.”

The sound quality is great. I’m not an audiophile by any means, so it’s hard for me to give a detailed breakdown about this end of things. I opted instead to run some tests with a wide variety of materials in order to get a feel for the sound quality. I hit shuffle on Spotify, testing a heady blend of darkwave, black metal, modern funk, folk music and radio-friendly rock. Everything sounded fabulous, at least by my standards. It’s possible consumers with a more careful, discerning ear may find fault. The next test was more basic, wherein I did some voice recording to see how I sounded through the microphone. The results aren’t bad at all. Not professional quality, but perfectly serviceable for stuff like gaming and voice chat. You could definitely do some streaming with this headset and get what you need as far as quality goes.

Let’s not forget about that RGB lighting. You can go into the menus, choose what colors appear, how fast they change and in what pattern. If it’s feeling like a soft purple sort of day, that’s something you can express through these headphones. If you want a crazy fast pulse, that’s something you can make happen. Personally, I love the colorshift settings you start with. The SteelSeries logo lights up and swings from purple to blue to green to pink to… you get the idea. 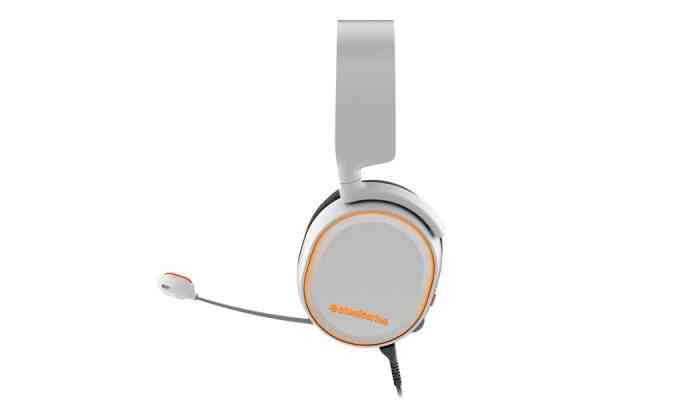 That same menu also allows you to get really nitty-gritty with the equalizer settings. You’ve got the standard presets for games, music and movies. You can also mess with things like dynamic range compression and noise reduction and all of the various volumes. In other words, you can get incredibly particular about just how this headset looks and sounds. There’s even a set of stickers you can slap on for more personality. I will be leaving those stickers in the box, however. They seem like a perfect fit for a math notebook or a laptop rather than a set of pure white headphones. As an aside, I have mixed feelings about white hardware of any kind. Sooner or later that hot new shade goes a sickly grey, mostly due to one’s own nasty hands getting all over the product in question. Black hardware, on the other hand, just gets a bit faded and dusty-looking.

“You can get incredibly particular about just how this headset looks and sounds.”

Overall, the Arctis 5 is a headset with a home. I would never take these traveling, for example. I’d even be reluctant to use them as regular headphones anywhere but at my desktop PC. No, the associated software all but guarantees that this headset isn’t leaving my workstation. Yet, this is the perfect spot for them. The sleek yet fragile design means rough-and-tumble use is off the table anyways, and they look so good perched beside my keyboard. If you’re looking for aesthetic appeal, sound quality, and flexible utility, the Arctis 5 is great choice.

***The Arctis 5 was provided by the publisher*** 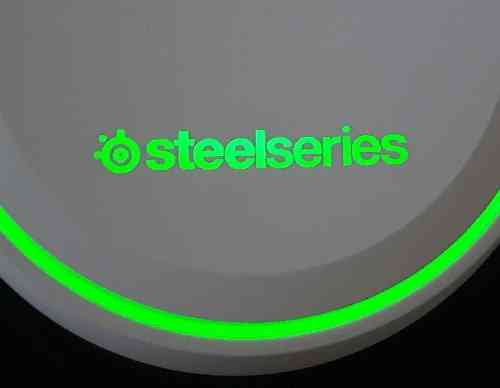 
Amazing Deals to Overhaul and Upgrade Your Gaming Accessories

Sennheiser GSP 300 Gaming Headset Review – A Gift For Your Ears