Miitopia Review – A Repetitive Journey With My Mii and Me

Nintendo’s beloved Mii’s are back in a brand new, RPG adventure for the Nintendo 3DS line, including the just released 2DS XL. Introducing Miitopia, the game where you take on two roles; adventurer and director. As the adventurer, you’ll guide your party of Mii’s on a vast adventure to save the citizens of Miitopia. As the director, you’ll get to cast pretty much every character in the game by assigning a Mii of your choosing to each of them. The combination creates a unique RPG experience that is exclusively yours, starring anyone you choose, like friends, family, celebrities and even other video game characters. If there’s a Mii version of someone, you can cast them!

Miitopia begins with the evil Dark Lord stealing almost everyone’s face and transferring these stolen faces to his army of evil minions. The story follows a cycle of entering a town or kingdom, Mii citizens losing their faces, then hunting down the minions wearing the Mii faces. You’ll meet different characters, most of which you can cast, but ultimately the story doesn’t deviate too much. There’s a silliness to the story that helps fend off some of the boredom, and I can appreciate the need for a simpler story to appeal to a larger audience, but I still couldn’t help but find myself growing weary of the stories repetitive nature.

The adventure begins with you choosing, well, you! You can create a Mii based on yourself, someone you admire, a celebrity or a game character – whatever you want. Just know that you’re restricted to the same Mii customization styles we’ve had since they were first introduced. You’ll assign some character attributes such as your characters “job” (think: class) such as Warrior, Thief, or even Pop Star! On your journey, you’ll encounter other hero Miis who will join your party. You’ll be able to customize their looks and jobs as well. After the opening, you’ll enter a town where you’ll encounter your first set of Mii citizens and you’ll be able to customize these Mii’s to your liking. For my game, I had a cast that included Peter Griffin, Gordon Ramsay, Ron Swanson and none other than Reggie “My Body Is Ready” Fils-Aime. Customizing the game to make it as “mine” as possible was always a highlight of Miitopia. 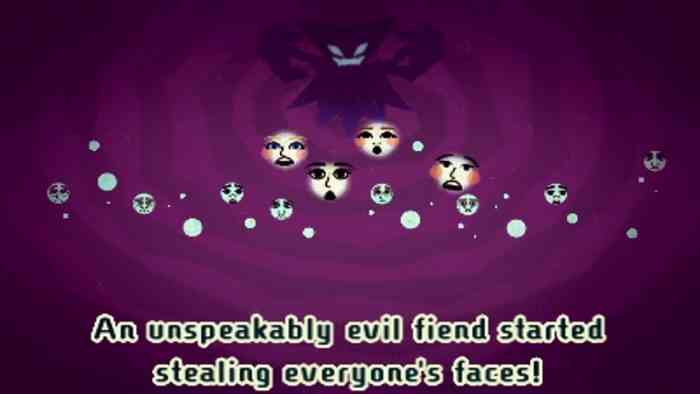 The overworld map allows you to move along a predetermined path to and from locations you’ve already completed. Once you enter a location, you’ll watch your team of adventurers walk along a path until they come across various events such as treasure chests, alternate path choices, or turn-based fights. You can only control your own character while your companions will fight for themselves. The obvious disadvantage is that the computer-controlled companions sometimes make some poor choices – usually erring on the side of caution, this sometimes means wasting a healing item instead of just finishing a minion off. The game features an “Autobattle” option, which lets the computer control your character in addition to the companions. I found the combat a little tedious and boring, so for most of the game, I selected “Autobattle” and held the “rush” button down. Rarely did I die, and if I did, I’d just back track a bit and grind for some better weapons, outfits and higher levels.

“Rarely did I die, and if I did, I’d just back track a bit and grind for some better weapons, outf

At the end of each location, you’ll always come across an inn. At the inn, you can buy weapons and armour, if your Mii characters want to, and earn items and money at the arcade (but don’t get too excited by the idea of an arcade – the games are lame; roulette and rock, paper, scissors). The most interesting element is managing which of your adventurers sleep together (settle down there, this is an E rated title). Having two characters in the same room will improve their relationships, which provide special moves and abilities they can use together during battles. It’s a cool dynamic that leads to some fun moments and conversations. One last note worth mentioning; amiibo collectors will be happy to know that Miitopia provides amiibo support. In fact, there is a total of 25 outfits that can be unlocked with specific amiibos (such as Mario, KK Slider, Zero Suit Samus and Inkling Girl). If an amiibo doesn’t provide an outfit, you’ll still get some arcade tickets – so each amiibo has its use. 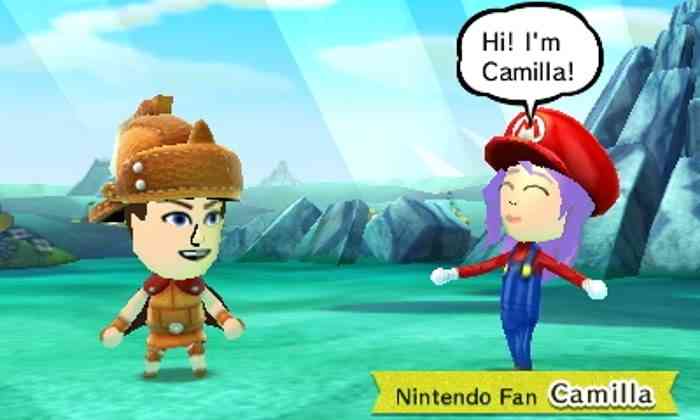 Miitopia is not going to be for everyone. On one hand, it has a quirky charm to it that some gamers will love. The little comments the Mii’s make, the ability to cast the various characters in the game, the vast assortment of outfits and weapons (silly and otherwise). For some gamers, this will be like curling up with a warm cup of cocoa. For other gamers, it will be fun for a couple hours, and then just become painfully boring and repetitive. While I can definitely appreciate the ton of content Nintendo has jammed into this lengthy game, I just couldn’t stay engaged at all. I spent most of my time with my finger firmly planted on the “rush” button. One more issue worth noting: there is only one save file attached to the game (even if you pop it into another 3DS), so only one person can play the game. If you have a family member that wants to play too, they’ll have to delete your game and start fresh – absolutely absurd! There are far better RPG’s available on the 3DS and there are far better “casual” games on the 3DS. But, those quirky Mii’s might still have the power to draw some of you into this grand adventure.

*** Miitopia for 3DS provided by the publisher ***