I’ve enjoyed watching many slow-mo kill cam compilations on YouTube from sniper focused games over the last few years, but I’ve always wondered how one feature could be the sole focus of an entire campaign. CI Games’ Sniper Ghost Warrior 3 boasts a ton of long-range precision fire, but it’s also able to create a compelling experience outside of that. While the story and characters are thoroughly generic, Sniper Ghost Warrir 3 boasts a ton of creativity in its mission and level design, crafting a solid adventure through the beautiful countrysides and concrete jungles of Georgia.

But who is this ghost warrior that is so efficient at pulling the trigger? Unfortunately, the answer doesn’t really matter. The game sets up a semi-interesting Cold War plot that focuses on the main character, Jon North, and his lost brother. You’re not going to get much in the way of meaningful development here, but the opposing Separatist forces have a bit of character to them. I just never cared about what happened to anyone in the cast and was hoping to see a bit more ambition in the plot. It doesn’t help that the voice acting is bland and the world isn’t as fully realized from a visual perspective to help it feel alive.

There are some moments of beauty, however, as moonlight washes down on roving windmills in the distance and dilapidated railroad yards sit in rusted valleys. Players are routinely given new environments to explore but I found myself immediately pulling up the map and heading back to the safe house via transportation by load screen. The world just doesn’t look that great, but to Sniper Ghost Warrior 3’s credit, it overcomes that issue by placing a number of outposts and points of interest across the Georgian landscape. Some are just too tantalizing to pass up, creating an almost Zelda-like adventure lure. A buried hut in the middle of a small pond is just begging to be plundered, and the journey is full of these smaller, more intimate moments of pure exploration.

“The production value isn’t as high as I’d hoped, but the game knows what it is and every mechanic and feature works together in tandem.”

Side ops and optional objectives also help with distracting you away from the main quest, and they too provide consistently interesting objectives with a good payoff in the form of unlocked weapons and skill points. Increased health, more loot, and the ability to see tagged enemies through walls make a surprisingly difficult game a little less stressful. Quite a few enemies can take a good amount of damage, and I found myself on occasion waltzing into a building with my sniper in tow. Making sure you get the leg up on alerted enemies by taking them down before they alarm their friends is essential because SGW3’s checkpoints aren’t all that forgiving.

While missions can be completed from a prone position in the distance, the game smartly forces the player to engage enemies at a closer distance, tasking them to hit buttons or sabotage supplies behind enemy lines. This forceful mission design is paired perfectly with masterfully crafted and varied level design that consistently delivers different missions that require different approaches. Standard buildings and outposts are complimented by rural villages and satellite facilities to make for a unique and challenging adventure. In a genre that tends to deliver the same type of copy and paste level design, Sniper Ghost Warrior 3 is a breath of fresh air and the benchmark by which future open-world and stealth games should be judged by in this regard. And that creativity seeps into the gameplay experience. 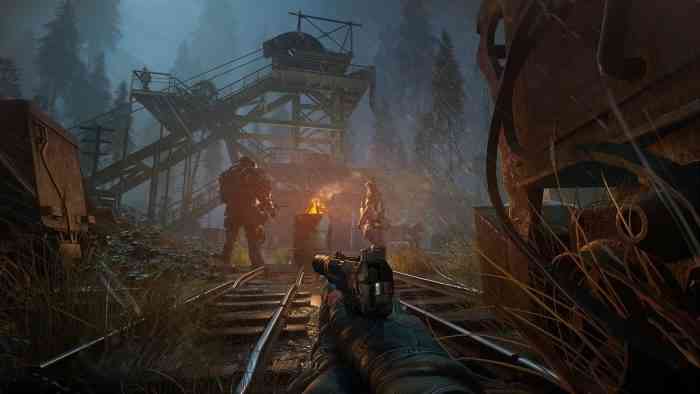 Customizable weapons can swap magazines, camos, optics and the like to perfect your desired class. What is essential to almost every weapon though is the addition of a silencer which drains over time and can be repaired by, you guessed it, a ‘Silencer Repair Kit’. Here’s where the genius come in: because the player can only carry a limited amount of repair kits, and on top of having a limited amount of ammunition, players must carefully pick and choose which targets they take out with their silenced weapons. This forces you to play smart and there are realistic and appropriate consequences for making mistakes. Do you want to use the limited silencer ability to take out a few enemies and risk having to go loud if things go wrong, or would you rather trapeze through an active mine field where things could really go wrong and you could be sent back to the beginning of a mission? Sniper Ghost Warrior 3 understands its mechanics and the game’s design is brutally consistent, resulting in a challenging choice-based approach to gameplay and strategy. Combined with the stellar and varied level design, this Eurasian adventure consistently delivers great missions throughout its lengthy campaign.

Sniper Ghost Warrior 3 just kept getting better after each mission. The production value isn’t as high as I’d hoped, especially in a time where gamers are spoiled by the likes of Horizon Zero Dawn and The Witcher 3, but the game knows what it is and every mechanic and feature works together in tandem. A supreme variety in level and mission design paired with thoughtful stealth gameplay makes this a strong entry into the shooter genre, even if the overarching narrative isn’t all that interesting. 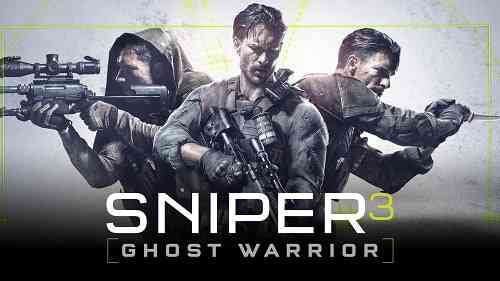 Sniper Elite 4 Is Shooting up the Switch Next Month
Next Guardians of the Galaxy: A Telltale Series Episode 1 Review – Hooked on a Feeling
Previous Call of Duty: Infinite Warfare Continuum DLC Review – Bringing Sexy Back