What makes a good rogue-like game? This is a question I asked myself a while ago while playing Faster Than Light. A game which, despite the almost universal praise it received from critics and friends, just didn’t do it for me. It was a unique concept; the combat was both strategic and exciting, so why wasn’t I enjoying myself? “What does this have to do with Skyhill?” I hear you ask. Well, while FTL is still the superior game, I believe they both suffer from the same problem.

A game should never start you out in an unwinnable situation. It sounds obvious, I know, but after a few playthroughs of Skyhill, I found myself thinking the same thing: that no matter how well I play, no matter what I do, I’ll still lose the majority of the time and that frustrates me. If my actions ultimately don’t matter as much as the random number generator does, why bother playing at all?

I can already hear your complaints. “You just don’t understand the point of roguelikes. Half the fun is in dying, in each run being unique.” While to a certain extent I agree, a game shouldn’t have to rely on artificial difficulty to achieve that. Take a look at one of my favorite rogue-likes, Binding of Isaac. No matter what difficulty you play on, what character you choose, or what items the game throws at you, it will always be beatable. It may be incredibly difficult, but it’s entirely possible to complete a run without taking any damage. When you die it’s your own fault, and that just encourages you to step up your game more. It makes each success more satisfying than the last.

“Each combat encounter boils down to a boring clickfest you have virtually no control over.”

Skyhill, meanwhile, is almost the complete opposite. Each combat encounter boils down to a boring clickfest you have virtually no control over. There’s the option to use the “advanced targeting mode”, but that only makes the already slow combat even slower, trading slightly higher damage for a higher miss rate. You and your enemy continue to trade blows until either one of you dies or the combat system bugs out and the game softlocks, forcing you to restart (something which ended several of my more promising runs). Even the main character seems bored by the combat, letting out heroic battle cries such as “I hate you!” or “I will get revenge!”. Oh, and I hope you like the one noise he makes every time he’s hit because you’ll be hearing it constantly. 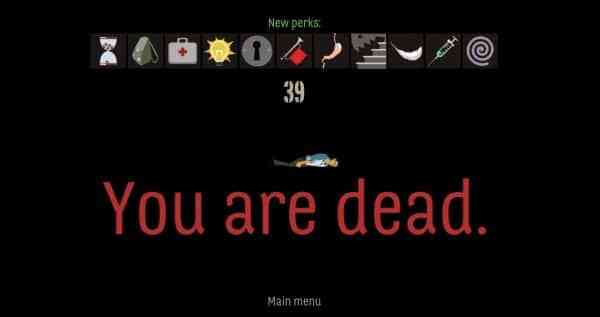 And it’s not like you can avoid combat. You can’t even predict it. Each new room you enter may or may not contain a baddie. What kind of baddie? Who knows! Just hope it’s not one stronger than you’re ready for. You did heal, right? What do you mean you don’t have any medkits? Haven’t you been scavenging rooms filled with dangerous mutants to find some? Well, I suppose you could always go back to your penthouse and sleep to heal, provided you have enough food. How do you find more food? Scavenging rooms of course!

“There are a handful of different unlockable “perks” to choose from at the start of each run, but they all have negative side-effects so awful you’re better off never using them.”

You can place a few stat points every time you level up from combat, but you might as well just dump them all into whatever stat your current weapon relies on. You can upgrade the various furniture in your penthouse, and craft improved weapons and food, but it’s all dependent on whether or not the game decides to give you the crafting materials in the first place. There are a handful of different unlockable “perks” to choose from at the start of each run, but they all have negative side-effects so awful you’re better off never using them. You can pick up various newspaper clippings, diary entries, and audio logs, but they all just seem to just confirm that, yes, there are indeed mutants here. Mutants that all seem like unimaginative rehashes of the special infected from Left 4 Dead.

And that’s honestly all there is to say about Skyhill. It’s dull, repetitive, and just doesn’t offer the replayability of other rogue-likes. 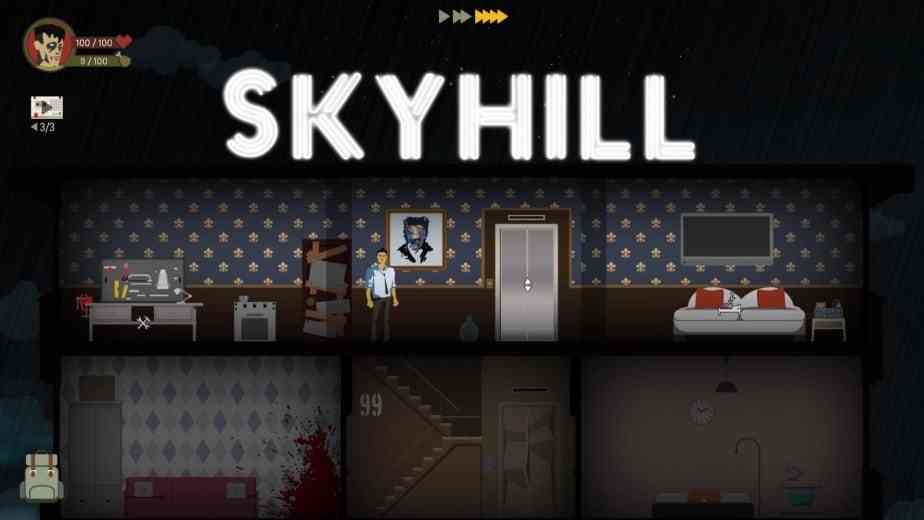 Dice Legacy Rolls out New Update in Time for the Holidays

Daedalic Games Are Up to 90% Off on Steam Right Now
Next Transformers Devastation Review – Roll Out Old School With The Original Robots In Disguise
Previous Astro A50 Wireless Headset: Xbox One Edition Review – A Good Headset at a Somewhat Hefty Price