Strap on a helmet, don your aviator goggles, and wrap your neck in a ridiculously long scarf – we’re taking to the skies for some World War 1 style aerial combat. Introducing Skies of Fury DX for the Nintendo Switch. Originally Skies of Fury was a mobile game that went by the name of Ace Academy: Skies of Fury, but now it has made the flight to consoles. Inspired by real WWI events, this lovingly crafted game is ready to touch down into your living room. Prepare for take off!

Skies of Fury DX is inspired by the World War 1 battles historically referred to as Bloody April. Taking place in 1917, you’ll get the opportunity to pilot authentic time-period planes. The centerpiece for Skies of Fury DX is the expansive story, broken down into five campaigns. Each campaign has both British and German levels, with each side consisting of 10 levels per campaign. Unfortunately, there are two issues with the campaign structures. One, you need to complete all 10 levels for both German and British sides before you can continue to the next campaign. And two, both the British and German levels are each comprised of the same three different mission types, which you’ll repeat over and over through 100 levels total. The end of each campaign is concluded with a hand-drawn comic book page depicting the actual events from WWI.

As mentioned, there are only three different missions types. These consist of dogfight missions, where you simply kill all the enemy fighters, escort missions, where you escort friendly planes to safety, and time attack missions, where you race against the clock through hoops in the sky. While the difficulty does amp up between campaigns, by the end of the second campaign, I was just bored playing the same three mission types over and over. The gameplay is reminiscent of the “all range mode” that was introduced in Star Fox 64. Unfortunately, you’ll only be limited to the skies. If you fly too high or too low, you’ll get a warning that you’re leaving the battlefield and then shortly after you’ll die.

The story mode does add three additional features that help offset the boredom a bit. For one, there’s a level up system where you’ll be able to enhance your plane in a number of different ways each time you earn enough experience to level up. Secondly, you’ll be able to pick from a variety of different planes, each with a number of different skins and crosshairs that are unlockable via loot boxes. Loot boxes are obtained through completing certain objectives and leveling up – no real money allowed (thankfully!). And finally, there are five different modifiers that you can apply to make the game more difficult, such as a weaker plane or reduced auto-aim. Beyond the game’s campaign, there is a survival mode, which pits you against wave after wave of enemy pilots, and a versus mode, which pits you against your friends. Fortunately, both modes are playable with up to four players via split-screen. Unfortunately, there are no online multiplayer options. 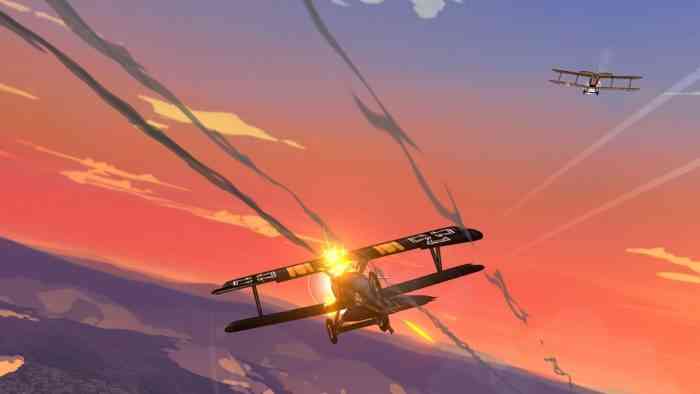 The game utilizes a cel-shaded visual style which looks just awesome. The planes really standout in the skies. Battlegrounds include clouds where you can fly into to lose any enemies on your tail, and the cloud visual effects work well too. Since there is no ability to fly too close to the ground, the ground is just this static flat image – the most disappointing aspect of the games otherwise pretty visuals.

Skies of Fury DX is a really solid aerial combat game. The games story mode is extremely lengthy, but unfortunately, it’s artificially filled with the same missions over and over. There’s no distinct difference between German and British campaigns, yet you’re forced to play through both to progress. The visuals are great, using a cel-shaded style that suits it perfectly. The actual flying is solid – some of the best aerial combat I’ve had since playing the “all-range mode” levels back in Star Fox 64. The multiplayer is a nice addition, but the lack of online is a real bummer. If you’re big on aerial combat games, particularly historical WWI combat, then this game will definitely have some value for you. If there was more variety in the campaign, I’d be far more willing to recommend this, but as it is now, expect an experience that grows dull after a couple hours. 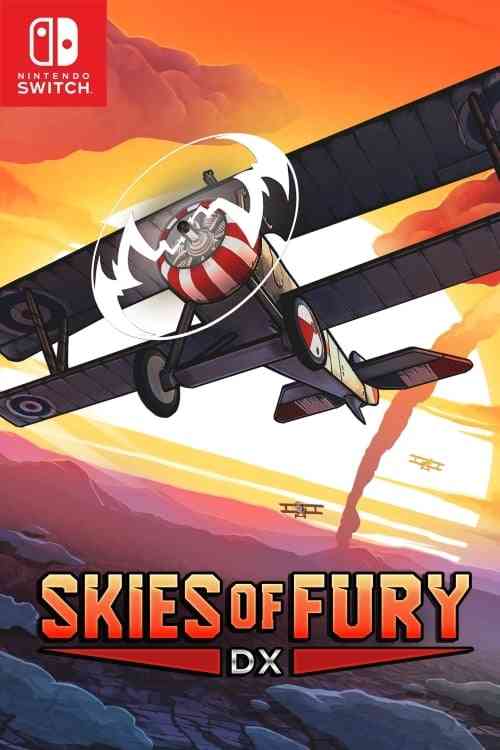 Need a Break from Saving Hope County? Here are 5 Things to Do in Far Cry 5