Shovel Knight: King of Cards Review – A Conclusion Fit For A King

Back in 2014, a team of plucky video-game enthusiasts banded together to pitch Shovel Knight to Kickstarter. Little did Yacht Club know at the time of the meteoric rise to fame that they would soon be swept up in. What started as a retro-inspired homage soon grew into a treasure trove of content that continued to impress, with its latest campaign, King of Cards proving to be the biggest one yet. King of Cards casts you as the eponymous King Knight who sets out on his journey to create his own kingdom, and play a few rounds of Joustus in the process. Shovel Knight: King of Cards is a fitting send-off for Shovel Knight, serving up a conclusion fit for a king, or even a knight that is just pretending to be one.

If you’ve been keeping tabs on Shovel Knight’s progress then you’re likely already aware that Yacht Club Games has taken what was simply going to be a “Richter mode” style of playable character, and threw it back into the oven to make it even bigger and better. Each of the individual campaigns feels distinct, while maintaining that same level of polish and charm that lead Shovel Knight to be propelled to the forefront of the indie scene. Shovel Knight: King of Cards is no different, serving as a penultimate example of Yacht Club’s proficiency in game design. King Knight plays similarly to Wario in the Warioland series, using a shoulder bash that launches him into the air should he make contact with an enemy or valid surface. It feels odd at first, but it soon clicks in a way that makes it a sheer joy to zip through obstacles using combinations of armor abilities and relics, or in King Knights case, Heirlooms.

Where Plague Knight had his explosive ordinance, and Specter Knight his ghoulish gallery of goods, King Knight has a range of heirlooms that present new ways to approach each level and its associated secret path. Another big shakeup in this campaign is the new spin on level design. Where the other campaigns had longer levels that were fewer in number, King of Cards instead chops them into shorter offerings that feature multiple exits, resulting in more levels overall. While I did find myself missing the longer levels from the previous campaigns, the change wasn’t completely unwelcome as you’ll need a ton of gold to unlock all of the cards and other enhancements available. I do wish that Yacht Club tossed more new areas into the mix to see what they could build with these new ideas, but it does play it a bit safe in that regard. The new areas are definitely standouts as well, featuring some beautiful pixelart and excellent music as well. I was also surprised by just how funny I found King of Cards to be. This is largely in part to the bombastic and petulant attitude of King Knight, but there’s a certain charm to him that you hope he won’t end up being the complete buffoon you know he inevitably ends up as.

A central part of King of Cards plot is the card game Joustus. The lands, in a state of peace, have become enamored with a card game featuring many notable characters from the Shovel Knight Universe. Joustus is surprisingly well-designed, and while I found myself getting frustrated at the beginning it soon started to click, and I found myself going out of my way to challenge anyone who would have it. Cards also have plenty of variables, such as flipping control, pushing cards extra spaces, or even outright destroying them, presenting some in-depth strategy to the game, and even enabling you to focus on building specific kinds of decks to adapt to the various boards. Appropriately, each Joustus boss has their own special abilities, and King Knight is no different, employing a number of cheats that help him gain an underhanded advantage. Joustus is surprisingly robust, considering it’s not mandatory to complete, but I enjoyed it so much that it left me almost pining for a full-fledged version of its own. While completing it isn’t required, to really see all that Shovel Knight: King of Cards has to offer, you’ll want to get familiar with the ins and outs to conquer each Joustus house.

Another key addition with the final update for the Treasure trove collection is the multiplayer battle mode known as Showdown. Surprisingly, all of the other knights are playable here, along with some cool unlockable characters, letting you play as basically any unique major character from the series in four man melees with a variety of modifiers. Each character also comes with their own, albeit brief, story mode that has unique battles, along with additional unlockable skins. Shovel Knight Showdown may not be as robust as the campaigns that come before it, but its still surprisingly fun, and will definitely get playtime on occasion without a doubt. If anything Shovel Knight Showdown is simply an additional helping of an already substantial offering. 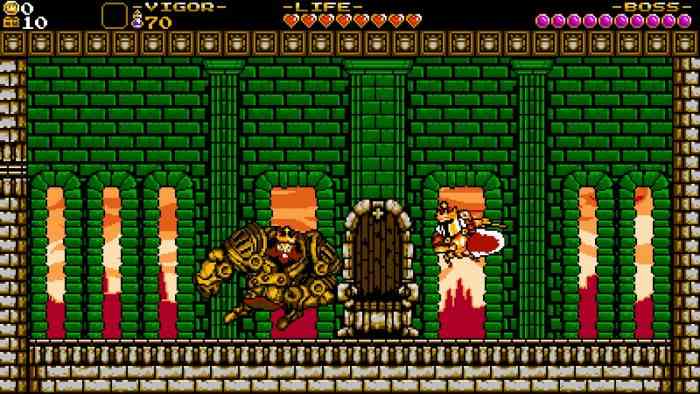 While it saddens me to see Yacht Club’s time with Shovel Knight come to an end, it’s a bittersweet feeling. I have gotten a great amount of enjoyment out of these titles over their lifetime, and while I am not quite done seeing everything there is to offer, I can’t help but be excited at the prospect of what Yacht Club Games will do next. Their strong sense of game design is evident throughout each game, but perhaps most creatively so in Shovel Knight: King of Cards. The sky’s the limit for this team and I hope whatever they choose to develop next can join Shovel Knight in this same echelon of excellence. Shovel Knight: King of Cards is the proverbial cherry on top of a massive sundae that I’ve enjoyed thoroughly, and I know I’ll look forward to revisiting it in its entirety in the future as well. 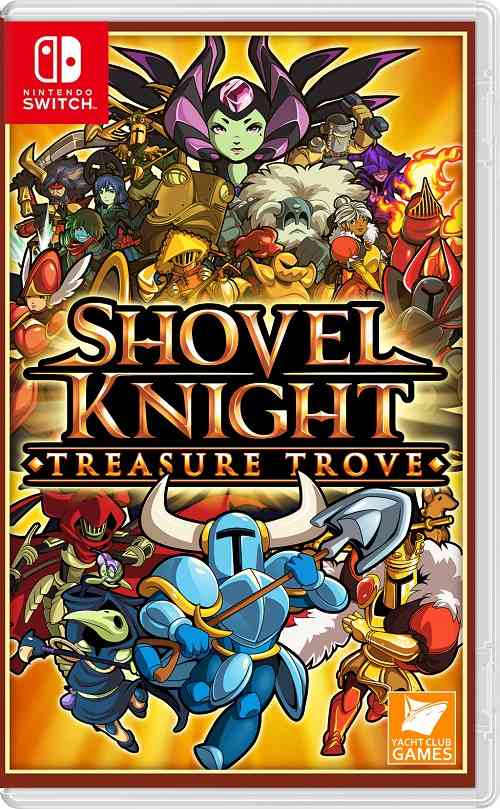