Sheltered 2 Review – Better Than Sitting In a Hole

The original Sheltered was a stripped-down management sim; a well-balanced tense experience that made up for its no-frills approach with finely tuned gameplay. The sequel is… the same, but more. I guess that means more frills, what with the updated graphics and user interface. But this game is more similar to its predecessor than most sequels.

There’s not a story in Sheltered 2 so much as a vibe. It’s been some time since the end of the world (apocalypse seems nuclear to me). There are six faction warring for control of the wasteland. You are an independent faction, made up of three survivors to start. Your asset- a small bomb shelter stocked with supplies. 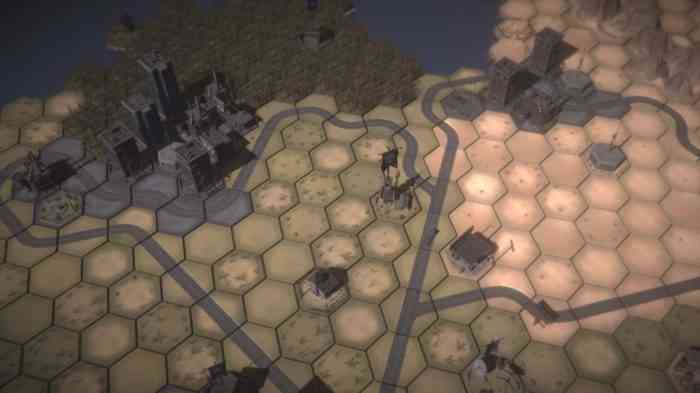 You probably can see where things go from here. You send out your survivors to scavenge the ruins for usable supplies while digging to expand your shelter. You’ll manage food, sleep, disease, those sorts of essentials. Your guys can level up. You’ll watch a lot of meters fill up while performing these tasks, but the responsibilities pile up. It’s a decent pace for a nail-biting management game.

But boy is it similar to the first game. I logged quite a few hours into the original Sheltered and I can see ways in which the balance has really been cleaned up in the sequel. It’s much easier to recycle junk, which you will find a lot of, but that gives you more avenues to strip TVs for components to build nicer toilets or whatever you need. That keeps you from hitting a sudden dead end, which is anathema in a good management game. When you finally hit a failure cascade, it will be because of a lot of things that went wrong, most of which is foreseeable in hindsight. Great balance!

Realistic in the Wrong Places

Unfortunately, a lot of the other changes in Sheltered 2 are lateral. The interface has certainly been changed, but it’s not great. It feels like there are too many clicks to get stuff done, and certain shortcuts are a little unclear. You can easily tab between the crafting table and the workbench (which are different for some reason) but you can’t look over at you stockpile of total supplies in the same menu. To get to your milestone objective tracker, the game tells you to right click on a banner above your shelter, then to pick the goals option. I don’t know why that information is stored there. 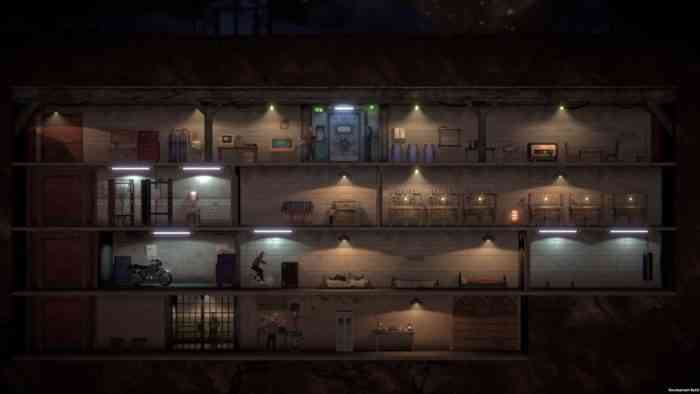 The graphics, while certainly more involved, aren’t really an improvement for me. The original Sheltered used very low-fi graphics. They weren’t realistic and they weren’t pixel art; they were their own weird blobby thing. This game has more polygons or texture resolutions or whatever, but it doesn’t really look like anything anymore. It’s just a rather sparse looking realistic game, and I quickly grew to miss the abstract art style of the first one. 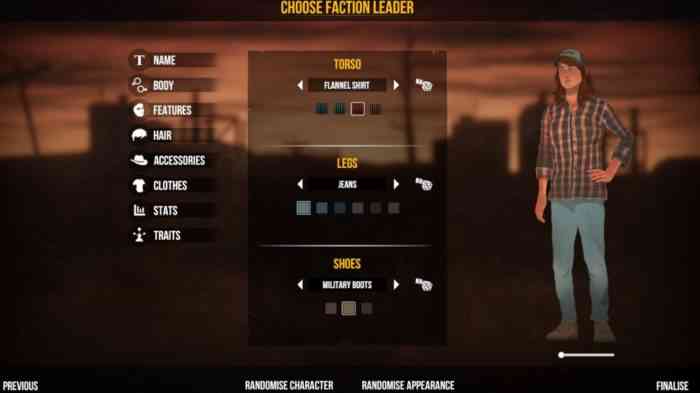 I also lament the lack of deep customization options. This is exactly the type of game where it’s fun to make avatars of your friends and family, to watch them die of dysentery or whatever. But there are very few options for customizing how your dudes and ladies look. The lack of hair styles, particularly non white people hair styles, was a particular bummer.

Make Yourself At Home

If a game is going to limit my creative input, I’d like it to have a strong direction, or an obvious core. In Sheltered 2 there’s not much of an ongoing story; it’s more about strategy, The game is totally procedurally generated and while the different factions each have a good flavor, they aren’t motivated enough to feel like they really matter. I could have used more involved quest trees or at least different ways of interacting with different sorts of wasteland lunatics. 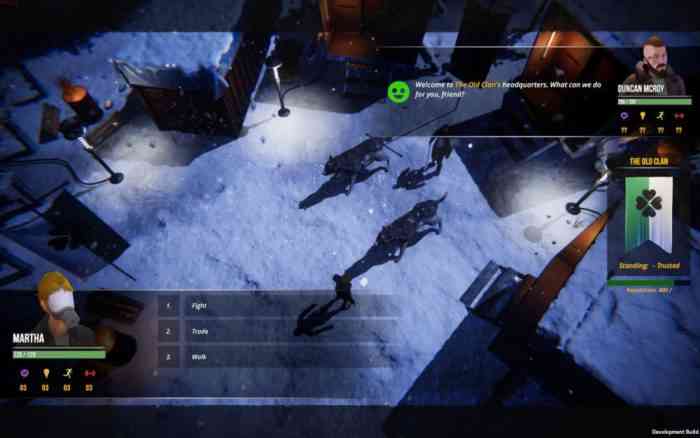 The bright side is, the strategy layer of Sheltered 2 is better than ever. If this kind of game is your jam and the original flew under your radar, it’s worth checking out. And if you played the original to death (as I did) and you’re looking for a reason to fall back into it, think of this as a sort of pricey update. If that doesn’t repel you, Sheltered 2 is just fine. Or maybe that sounds really appealing to you. Despite some of the underwhelming changes, I anticipate putting a lot more time into Sheltered 2. The core gameplay is just that appealing. That makes Sheltered 2 a game where the core mechanic is strong, but none of the set dressing is all that exciting.

Culinary Adventure Game Epic Chef Serves up a November Release Date
Next FIFA 22 Review – Back of the Net
Previous Diablo II: Resurrected Review – The Devil Is in the Details